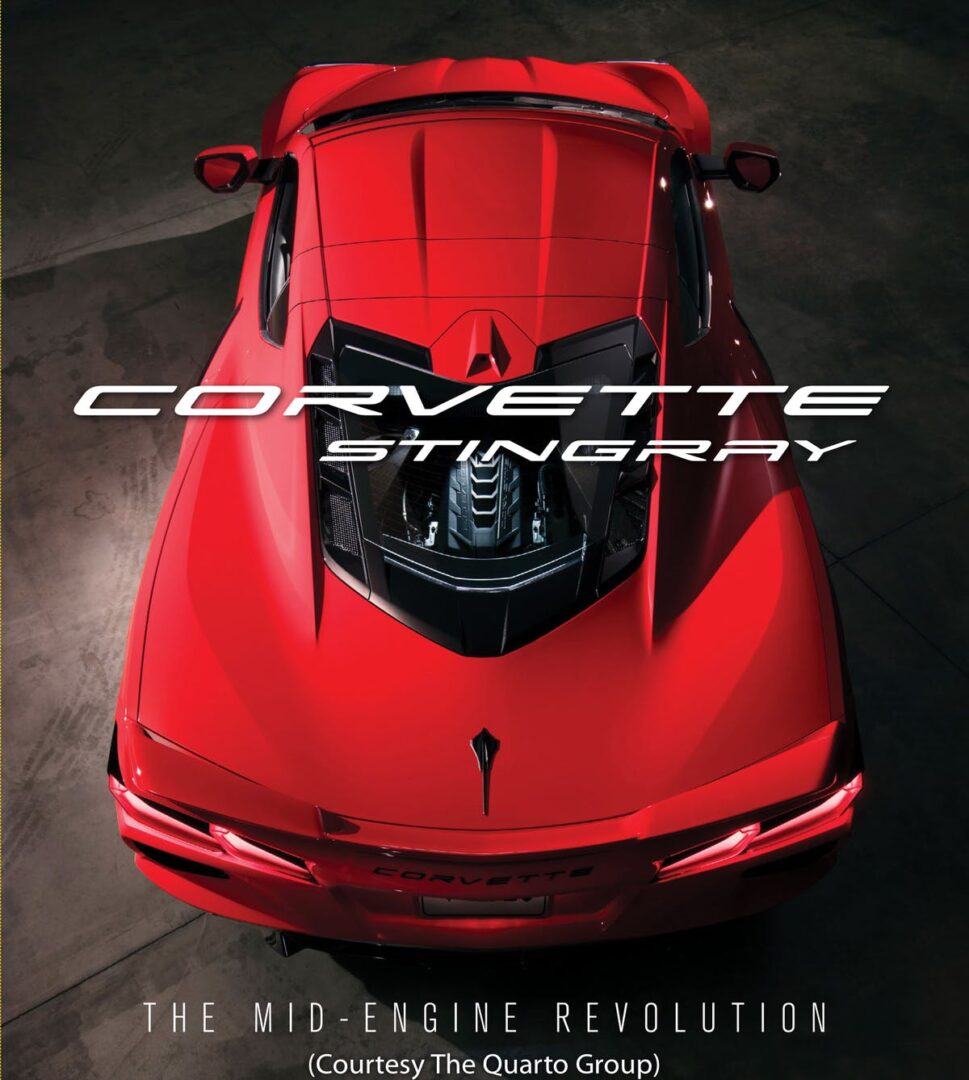 Since 1953, through GM’s good and bad times, the Corvette has not only endured but thrived. Ironically, however, its sales success worked against risking its replacement with a mid-engine production car — until the C8.

As early as the 1950s, a mid-engine Corvette was envisioned and strongly championed by Chief Engineer Zora Arkus-Duntov. At Le Mans he had raced Porsches in 1954-55, winning his class both years. “He firmly believed that a great race car, particularly a mid-engine race car, would make the best sports car.”

Chevy’s mid-engine prototypes first appeared in the late 1950s with the CERV 1 (Chevrolet Engineering Research Vehicle I) open-wheel race car — despite Chevrolet having pulled out of racing in 1957. The CERV 1 proved that with sound engineering it was possible to design a well-handling, powerful, light-weight, high-performance car that was tail-happy yet not inherently dangerous to drive — incorporating one of the first uses of a fuel cell in a race car.

The V8-powered Astro II—XP-800, designed by Larry Shinoda and appearing at the 1968 New York International Auto Show, looked production ready. It was “meant to be Chevrolet’s answer to the threat of a road-going version of Ford’s Le Mans-winning GT40.”

Despite Arkus-Duntov’s misgivings about using the small, light and powerful Wankel rotary engine, Ed Cole believed that powerplant was ideally suited for a mid-engine Corvette – and for small, high-volume Chevrolets like the Vega. With fewer moving parts than a piston engine, it should also have been less expensive to produce. Two such concepts were developed, including the 4-rotor Aerovette, but problems with the engine doomed it before its planned introduction at the 1973 Paris and London auto shows.

Arkus-Duntov, who passed away in 1996 without seeing a production mid-engine Corvette, was a visionary — ahead of his time in many ways. For example, the 1991 Acura Legend LS adopted the concept of the Aerovette’s patented driveline that ran through the oil pan, after Arkus-Duntov’s 17-year patent expired.

Development of the all-new, production, mid-engine 2020 Corvette began in earnest — and in secret, even within GM — with a test mule known as “Blackjack,” designed and built by the Advanced Vehicle Integration (AVI) team at the Warren, Michigan Tech Center. Tested mainly under the cover of darkness at GM’s Milford Proving Grounds and at GM’s Yuma, Arizona proving grounds, “Blackjack” wore the disguise of a black, custom made, El Camino-like body that resembled GM Australia’s Holden Ute. At first, its roof, interior and engine did not matter, so these were derived from the C7 Corvette. The engineers’ initial attention was focused on the attachment points for the suspension’s upper and lower control arms, overall vehicle mass, front-to-rear weight distribution, wheelbase, track and the position of the occupants relative to the wheels.

The design brief for GM’s flagship C8 Corvette mandated that it be suitable for everyday driving and for track use. This mid-engine, exotic supercar also needed to be attainable by buyers of ordinary means — hence the starting price under $60,000. With superior handling, more interior and trunk space, and quicker acceleration than the C7 Corvette that it replaced, the C8 succeeds in all areas — and it is gorgeous. Forward visibility is enhanced by not having to look over an engine.

For inspiration for the form, function, materials, craftsmanship and overall aesthetic of the Corvette’s driver-centric cockpit, the interior designers studied high-end exotic supercars and even analyzed contemporary fashion.

The 2020 C8 Corvette proves that the benefits of a mid-engine layout overcome the limitations inherent in front-engine, rear-wheel-drive sportscars.

According to Mark Reuss — longtime executive and the current President of General Motors, this is the best Corvette by far, not just because of its mid-engine layout but also due to “the way it feels, the way it sounds, the way it looks and the incredible attention to every detail.” “C8, to me, with its perfect balance, superior handling and outstanding design, is the best Corvette ever.”

N​OTE: If you would like to see my extensive photographic coverage of the global reveal of this, the first-ever mid-engine Corvette on July 18, 2019, visit “AutoMatters & More” number 600 here: drivetribe.com/p/first-ever-mid-engine-corvette-Mk2SAhDuRHWBEvXkV8TYDA?iid=beZUtvLKRNGnBRtiOxKXGA