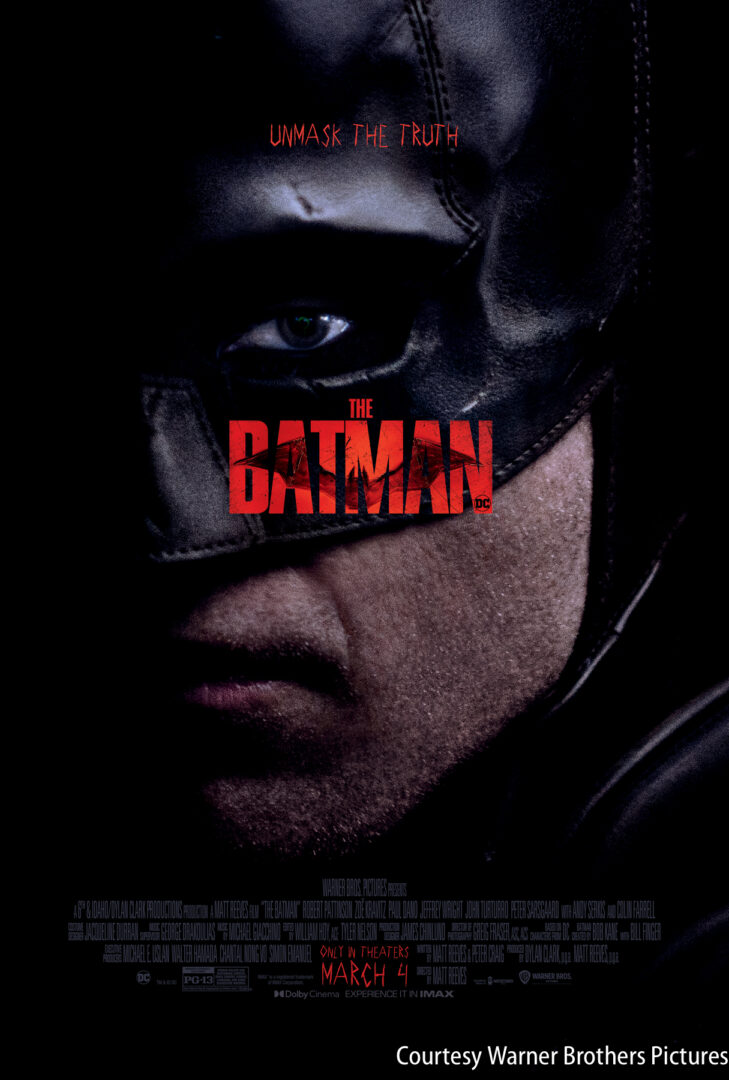 Review of “The Batman 

As a child of the 1950s and 1960s, I grew up reading about superheroes in DC comics. My favorites were Superman and Batman. I still enjoy their adventures, although much has changed since those days, especially in movies. The difference between what was technologically possible in movies back then, versus what can be done today is truly mind-boggling. What was once only possible in the viewers’ imagination is now possible visually, thanks to combinations of sophisticated special effects and practical effects. I can still remember the Black & White Superman TV series. In those days the so-called special effects were pretty much limited to Superman ‘flying’ in place while a fan rustled his cape.

In the latter half of the 1960’s, color TV finally came to Canada, where I lived. One of those new color TV series was “Batman.” It was campy and not serious in the least. The villains were more comical and likable, than villainous. They were truly characters. Fight scenes were punctuated with colorful graphics such as Biff!, Pow! and so forth. A recurring scene showed Batman and Robin pulling themselves along a rope while they scaled a building and discussed their latest adventure. This was truly family entertainment, suitable for all ages.

Over time however — especially in recent years — superheroes and the worlds that they inhabit have become dark, very dark. They have moved far away from being family entertainment.

In both story and tone, Warner Brothers Pictures latest incarnation of “The Batman” is reminiscent of the tv series “Gotham,” which aired from 2014 to 2019 on the Fox network.

The mood and the scenes of this movie are dark and ominous.

Robert Pattinson portrays a very conflicted Batman and his alter ego — the reclusive billionaire Bruce Wayne. On the one hand, he views the deep problems of crime-ridden Gotham City to be so widespread and pervasive that he continually wonders if he can possibly make a difference, and yet he is continually compelled to try to do so. He is a vigilante, and he does not have the universal support of the populace. However, he does have the support of the Gotham City Police Department’s James Gordon, portrayed by Jeffrey Wright (“No Time to Die,” “Westworld”), and his ever-faithful servant Alfred, portrayed by Andy Serkis (the “Planet of the Apes” films, “Black Panther”).

Over the course of the movie, Batman develops a mutually grudging association and relationship with Selina Kyle, portrayed by Zoë Kravitz (“Big Little Lies,” “Fantastic Beasts: The Crimes of Grindelwald”).

So, should you see this movie? If you are a serious fan of the Batman franchise, my answer is a less than completely enthusiastic yes. It does check a lot of boxes. There are the obligatory explosions and scenes of destruction. If you enjoy movies with car chases, this will not disappoint there, either. There is plenty of fighting, and so on.

However, the biggest problem that I had with “The Batman” is that it just did not wow me. This is not a film that left me eager to rush out of the movie theater, to message my friends and suggest that they go see it. The movie just kind of plodded along from scene to scene, heading towards its predictable, inevitable conclusion.

To learn more, see videos and photos, and to get tickets, visit: https://www.warnerbros.com/movies/the-batman.