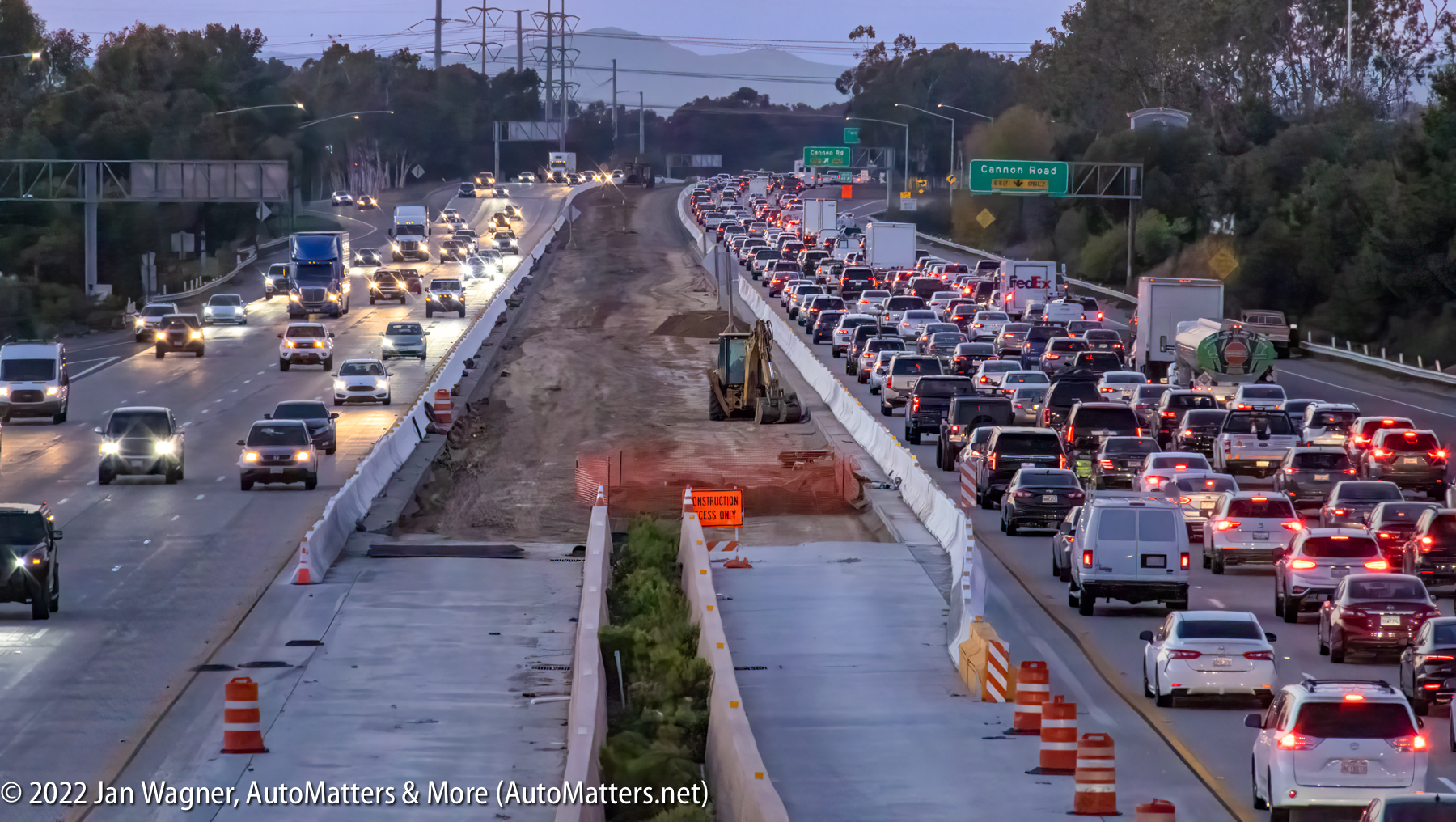 Speed limits is a subject that all drivers likely have an opinion about. In northwestern San Diego County we have had a reduced speed limit (55mph) along a heavily travelled section of the Interstate 5 freeway for several years.

This has been due to the construction of the new High Occupancy Vehicle (HOV) lanes along an eight-mile stretch of I-5 between Manchester Avenue in the City of Encinitas and State Route 78 (SR 78) in the City of Oceanside — the “Build NCC” phase of the larger “North Coast Corridor Program.” “The speed limit reduction took effect on March 11, 2019, and will be in place until project completion in 2023” (https://www.keepsandiegomoving.com/build-NCC/buildNCC-introduction.aspx).

The I-5 is the freeway that motorists use when driving between San Diego and Los Angeles, along the coast, while they are in North San Diego County. There is no alternative freeway route through Marine Corps Base Camp Pendleton. This section of the I-5 can get extremely congested in either direction, which is why the HOV lanes are being extended. However, construction of those HOV lanes has, of necessity, temporarily created a further, frustrating bottleneck during construction.

Perhaps the trip is for an important business meeting in Los Angeles or San Diego, or to maximize time spent at a fun day at Disneyland, but whatever the reason, drivers are often in a hurry to get where they are going. Accustomed to the previous 65mph speed limit through this section of freeway, the last thing that drivers want is for their trip to take even longer because of the reduced speed limit of 55mph for the construction zone. Consequently, many drivers simply ignore the numerous posted speed limit and warning signs, and instead drive at similar speeds to what they used to do — often exceeding even the previous speed limit.

My personal observation is that the majority of drivers exceed the posted speed limits, so drivers who do drive the speed limit essentially create rolling chicanes for other drivers to weave in and out of.  The increased speed differential between the slowest vehicles and the fastest ones is therefore even greater in the construction zone. Add to that the possibilities of reduced law enforcement due to staffing shortages and budget constraints, temporarily narrower and somewhat rerouted traffic lanes, and the likelihood of construction workers and their equipment in the area, and the risk for serious accidents increases exponentially.

In the interests of safety, according to the Institute of Transportation Engineers, speed limits on high speed roadways are typically set at what is referred to as the 85th percentile principle — “the speed at or below which 85 percent of vehicles travel” (https://www.ite.org/technical-resources/topics/speed-management-for-safety/setting-speed-limits/, as reported in this Reason Foundation article: https://reason.org/commentary/do-lower-speed-limits-make-roadways-safer/). When some drivers continue to drive at the speeds that they used to (higher than the speed limit), while some drivers drive at the reduced speed limit, the speed differential increases dangerously.

We have all experienced this speed differential issue when, as we are driving along, suddenly a vehicle appears ‘out of nowhere’ and disappears into the distance. Sometimes, after they pass us, we can observe them cutting in and out of lanes — often without even signaling their intentions. I have had cars cut me off so closely as they passed that I could not see any distance between the rear of their car and the front end of mine — at freeway speeds! The greater the speed differential, the greater the likelihood and severity of collisions.

According to the California Highway Patrol, “the CHP works with the California Department of Transportation (Caltrans) to ensure highway work zones are as safe as possible. Our officers are actively looking for motorists driving unsafely in highway work zones. Unsafe drivers may be cited by our officers. The presence of CHP officers in highway work zones serve as a reminder to the motoring public to slow down, observe and obey posted signage, and use care while driving through the work zone. The CHP uses several tactics to accomplish our goals in serving the motoring public and Caltrans workers and may include, but are not limited to roving patrol vehicles, stationary patrol vehicles, or providing traffic control.”

“If a member of the public would like to report any unsafe driving, whether it be a reckless driver, excessive speed, or a possible driving under the influence (DUI) vehicle, please contact us at 9-1-1 (emergency) or at our non-emergency line 1-800-TELL- CHP (1-800-835-5247).”

“When reporting an incident, please provide the following: location (freeway/street, direction of travel and nearest cross street), vehicle’s license plate (if possible) and a detailed description of that vehicle(s) (color, make, model and anything else unique to that vehicle).”

As yet there seems to be no perfect solution to the issue of safe, yet reasonable speed limits. Perhaps someday self-driving vehicles will settle this once and for all…