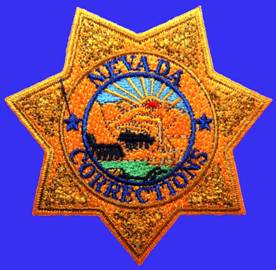 This year’s colossal automotive aftermarket SEMA Show in Las Vegas was my best yet. Over the next few months I will share some of what I learned with you.

This week I’m going to tell you about an informative side trip that I took while there. For me it began at the AutoWeek & Automotive News Specialty Vehicle Forum, which was held the day before the SEMA Show began. I was lucky enough to be seated in front of someone who told me that he was organizing a tour of the Southern Desert Correctional Center, where I’d heard that Shelby Cobras are fabricated. He invited me to join the small group, which I did a couple of days later when we took a break from the SEMA Show.

Have you ever been to a prison? I hadn’t. Nevertheless, seven of us met in Las Vegas for the drive out to this medium security facility. The 35 mile car trip was long enough that we had ample time to get to know each other along the way. I was fascinated to learn that one of the people in our car was an extremely talented, up and coming automotive designer. Luckily for us he had brought some of his sketches along, and he shared them with us. His name is John McBride. Remember that name because I have no doubt that he has the ability and drive to go far in this industry.

Once there we learned the procedure necessary to enter the facility. Weapons like pocket knives, of course, were not allowed. However, I was also required to turn in my keys and driver’s license, prior to walking through a metal detector. Once we’d all cleared these hurdles, we were led into a conference room where the warden of the facility met with us, briefly explained their on-site work programs, and made a point to tell us not to either take anything from, or give anything to, the inmates who we would meet shortly. This was obviously important because when the final two members of our group arrived, this instruction was repeated for them.

I soon learned why we had been told not to wear blue jeans. That is what the inmates wear, so our clothing needed to look different.

I also did not have to be reminded to not lag behind our group as we walked through the various buildings and the grounds of the facility. I was looking forward to being able to return to Las Vegas and the SEMA Show.

We were also told that photography was not permitted. That is why I reproduced photos of the facility from the brochure that the warden gave to each of us. The only photo that I took myself was of the fabric patch that we were also given, as a souvenir. It says “NEVADA CORRECTIONS.” I will keep it on display in my office.

The inmates of this facility have great opportunities to learn valuable skills. These opportunities are privileges which they must earn over time, and as we learned from the warden they can lose them if they don’t follow the rules.

While inmates were there working, we visited the fabrication shops for Shelby Cobras, Thomson Trucking and Big House Choppers, and the restoration/upholstery/body & paint shops for classic Mustangs and assorted customer vehicles.

In one shop, classic Mustang bodies had been sent for restoration. The bodies of these cars were in widely varying states of repair – from basically sound to barely salvageable. The worst of these that I saw was one with numerous voids in the sheetmetal and holes all over the place. Rust had obviously attacked this body like a vicious cancer, making much of the remaining sheet metal and even the support structures almost tissue paper thin. Incredibly, inmates were hard at work replacing the bad metal as needed. When their restoration is complete, I suspect that these cars will sell for substantial sums of money.

At Thomson Trucking, older trucks were being restored so that they may resume their roles as commercial work trucks. Newly fabricated water tanks (made elsewhere) were being fitted to the fleet.

We were free to ask the inmates and their supervisors questions, which we did. I was very impressed by what I saw. Those inmates wise enough to take advantage of the opportunities that they are given there should have no problem getting good jobs when and if they return to life on the outside.

Personally, I think it makes sense to give manufacturing work to prison inmates, who will gladly do this work for a reduced rate, in exchange for the opportunities and experience. While this undercuts domestic manufacturers with higher-paid workers, it certainly seems to be better for our country than continuing to export our skilled jobs to foreign countries. It also prepares inmates to be productive members of our society.

We also got to see other parts of the prison, which included the inside of an actual, two-person jail cell. I think I’ve seen bigger, brighter walk-in closets. The sliding steel door was ominous. While the cell did have a TV (which the inmates need to pay for), there was also a sink, toilet and two stacked bunk beds occupying the tiny space. I can’t imagine living there.

When our tour was over and I returned to the outside world, I felt a great sense of relief. Being there was both an enlightening and a sobering experience.

Hopefully I will be able to return to visit again some day. Perhaps then we will be allowed to take some pictures, too. I would very much like to share the highly skilled work that I witnessed with you.