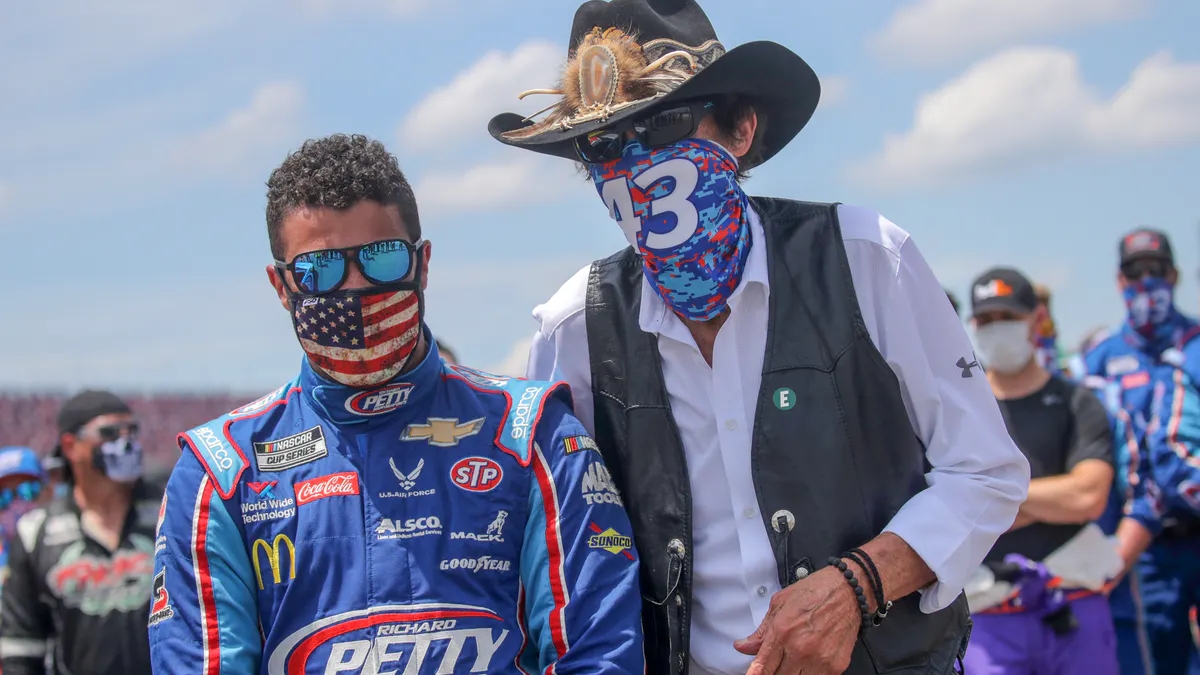 Since there are so many NASCAR Cup Series races in a season, individual races rarely generate lasting memories. Nevertheless, the rain-delayed NASCAR Cup Series Geico 500, on Monday, June 22 at the historic Talladega Superspeedway in Alabama (a racetrack even longer than the famous Daytona International Speedway), may well be remembered forever.

It was shaping up to be just another exciting race but, with the threat of imminent rain looming, it became essential for the drivers to claw their way to the front of the pack and stay there, in case the race was ended early due to inclement weather.

Lap after lap we watched as the racers circulated two-, three- and sometimes even four-wide around the Talladega Superspeedway tri-oval, bumper-to-bumper, at speeds approaching 200mph (and sometimes beyond). I was glued to my seat throughout the race, unable to look away as disaster – the almost inevitable multi-car pileup known as “The Big One” – seemed imminent.

The finish of the race was sheer mayhem, with not just one but two big, last lap wrecks as multiple drivers jockeyed back and forth for position. It all ended in a photo finish as Eric Jones (number 20 Toyota) got turned towards the outside wall just before the Start/Finish line, Aric Almirola (number 10 Ford) sped past the Start/Finish line going backwards, and Ryan Blaney (number 12 Ford) emerged from the pack to claim victory over Ricky Stenhouse Jr. (number 47 Chevrolet) by a mere 0.007 seconds!

Racing action rarely gets any more exciting than this. Watch it here:

However, what made this particular NASCAR race likely to be remembered for years to come are events that occurred before this race even began. At a NASCAR race earlier in the month at Martinsville Speedway, Bubba Wallace’s Richard Petty Motorsports race car was wrapped in distinctive “Black Lives Matter” graphics. As the NASCAR Cup Series’ only black driver, Darrell “Bubba” Wallace felt compelled to speak up in solidarity with protestors worldwide standing for racial equality. In that spirit, he asked NASCAR to ban at its racetracks the display of the Confederate flag – which is associated by many with slavery and atrocities. NASCAR agreed and did that.

Fast forward to Sunday, June 21 at Talladega Superspeedway. The NASCAR Cup Series Geico 500 had been postponed to Monday, due to rain. Inside Bubba Wallace’s garage area, a rope tied like a noose was discovered by members of Bubba’s race team. Per established protocols, they reported this to NASCAR, who in turn opened an investigation and also asked the FBI to investigate.

On Monday, right before the race, all of the drivers, race team crew members and NASCAR officials – in a spontaneous and emotional display of solidarity with, and support for, Bubba Wallace – symbolically pushed his car to the head of the field. Bubba then climbed out of it, at which point he was overcome with emotion. 82-year-old stock car racing legend Richard Petty – “The King”, Bubba’s car owner – consoled him, as did many of the drivers.

Everyone stood united, as one family, for the national anthem.

Later, after the race and to the profound relief of the NASCAR community, NASCAR reported that the FBI had concluded their investigation and determined that “this was not an intentional, racist act against Bubba.” Instead, the piece of rope that had been fashioned into a noose had actually been in that garage stall since at least October of 2019. It was an unfortunate coincidence that it happened to be in the garage stall assigned for this race to Bubba Wallace.

In its statement, NASCAR also said “We remain steadfast in our commitment to providing a welcoming and inclusive environment for all who love racing.”

No doubt this outcome will generate further controversy in the struggle against racism. However, the overwhelming demonstration of solidarity and sincere compassion by the NASCAR family for Bubba Wallace reflects a groundswell of support for racial equality.

For this reason, the Geico 500 will never be forgotten. Furthermore, we were treated to a great race. Bubba was often in the top ten and even led at one point, before running low on gas and needing to pit to refuel.

For a Fox video report about the NASCAR community’s show of support for Bubba, visit: youtu.be/lSxZ8qBJGHU