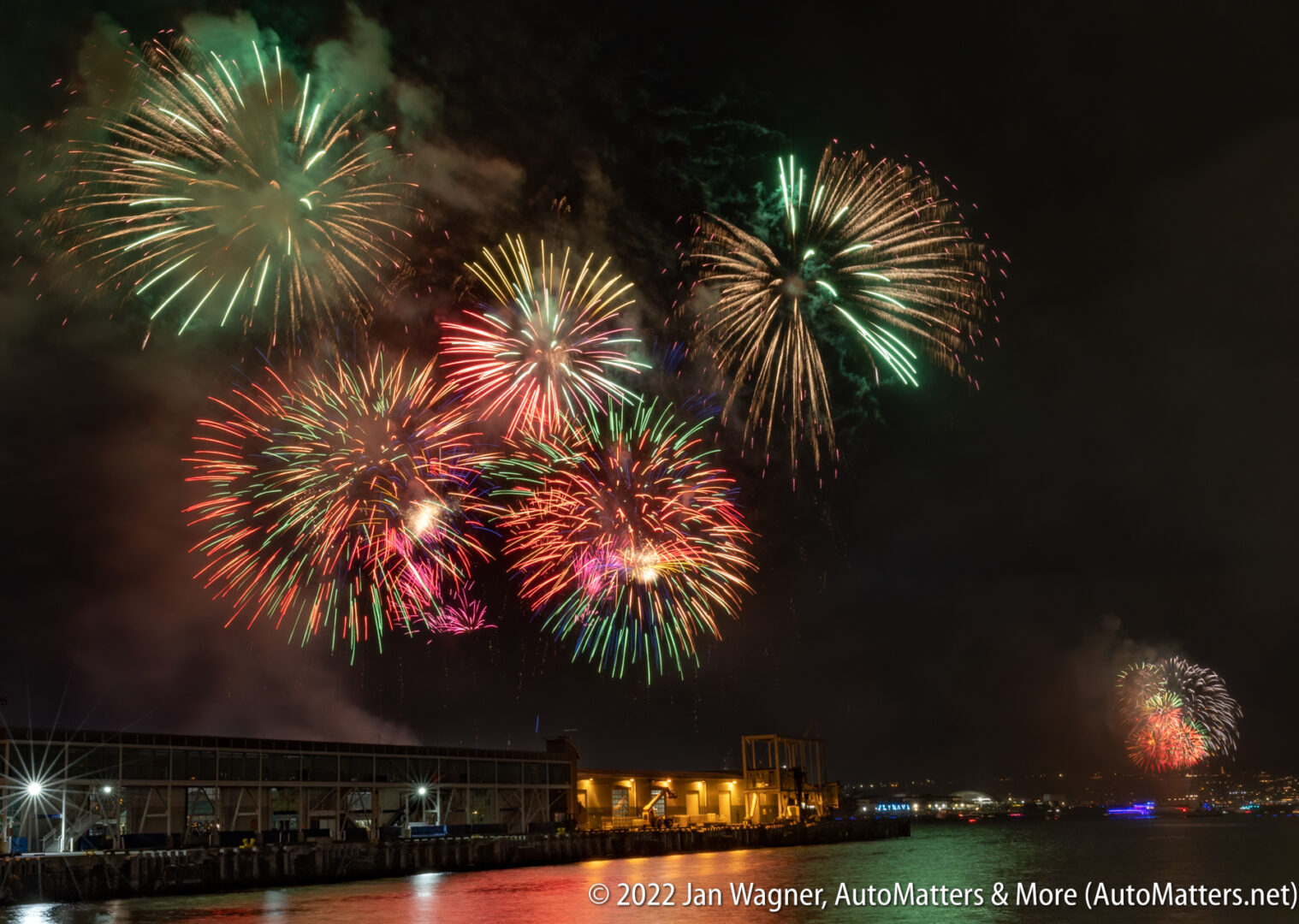 Celebrating the Fourth of July — and Al Unser Jr. 

I had already planned to write this week’s column about celebrating the Fourth of July, complete with fireworks photos, but I was further inspired to do so by an optimistic and ultimately uplifting episode of “The Dale Jr. Download,” on NBC’s “Peacock” streaming service.

In that episode, Dale Earnhardt Jr. and his co-host interviewed Al Unser Jr., two-time Indy 500 winner and a member of racing’s Unser dynasty. As a lifelong fan of auto racing, I had followed Al Jr.’s career for a long time — certainly from the start of his participation as a driver in IndyCar racing. I loved watching him race against Michael Andretti and, as I watched on T.V., I shared with him his overwhelming elation when, in 1992, he beat Scott Goodyear in the closest Indy 500 finish ever (0.043 of a second margin of victory).

It should, therefore, not come as a surprise to you that I was similarly elated when I found myself sharing a racetrack at the Goodguys Del Mar Nationals Autocross with Al Unser Jr. in 2016 — he in his car and me in my Mustang — as described in “AutoMatters & More” #431: https://automatters.net/autocross-with-the-unsers-at-the-goodguys-del-mar-nationals/. I doubt that he would remember the moment when he gave me an encouraging thumbs-up while we waited in our respective cars in the staging area, about to take our autocross runs, but that image will forever be indelibly etched in my mind. It is proof that even the smallest of kind gestures can have a tremendous impact on other’s lives.

However, there was a dark side to Al Unser Jr.’s life that I had not known much about before watching his interview on “The Dale Jr. Download.” In that interview, Al Jr. revealed that part of the story of his life, as told in his book “Al Unser Jr.: A Checkered Past” (https://octanepress.com/book/al-unser-jr-checkered-past).

I have not read that book, although I would like to do so — if and when I ever get caught up with posting my published columns to my https://automatters.net website. I am over a month behind, thanks to my steadfast intention to not do so until I have edited a lot of my photos and some video for each of them.

Little Al’s story is inspirational. His struggle is ongoing to this day, but he realized that one way to heal, and to help forgive himself for things that he had done in his life that he is not proud of, is to try to help others. His story, as told in his book, reminded me that we should work every day to overcome whatever adversities might be in our lives. It is never too late to do so. We cannot change the past but we can strive to do better going forward.

I hope that you enjoy your special moments, as I did on my Fourth of July long weekend.

Originally, I had planned to celebrate the holiday at Disneyland, for which I’d made a reservation months earlier. However, on the morning of the Fourth I was exhausted. I’d been trying to do too much for too long. The prospect of driving from San Diego to Anaheim and back, on a major holiday, and standing for hours in order to hopefully get a decent view of the fireworks from Main Street USA, was just not worth the effort — especially when there is frequently a risk that the fireworks might be cancelled at the last minute due to the presence of high-altitude wind. Making things worse, Disneyland does not allow the use of any folding chairs, and at 68 I really cannot sit on the pavement for hours. I did not go, despite the penalty for a “no-show” for my Disneyland reservation.

Instead, I made a last-minute decision to try to see San Diego’s “Big Bay Boom” Fourth of July fireworks extravaganza. The only other time that I had tried to do so was on the Fourth of July in 2012. That year, however, it became nicknamed the “Big Bay Bust,” when a computer glitch caused all of the fireworks to go off all at once, in a massive explosion, before the scheduled 9:00 PM start of the show. That made the national news.

Hours in advance, finding a place to park and then setting up to shoot the Fourth of July Big Bay Boom in 2012

As you can see from these pictures, this year everything came together. Happy Fourth of July!