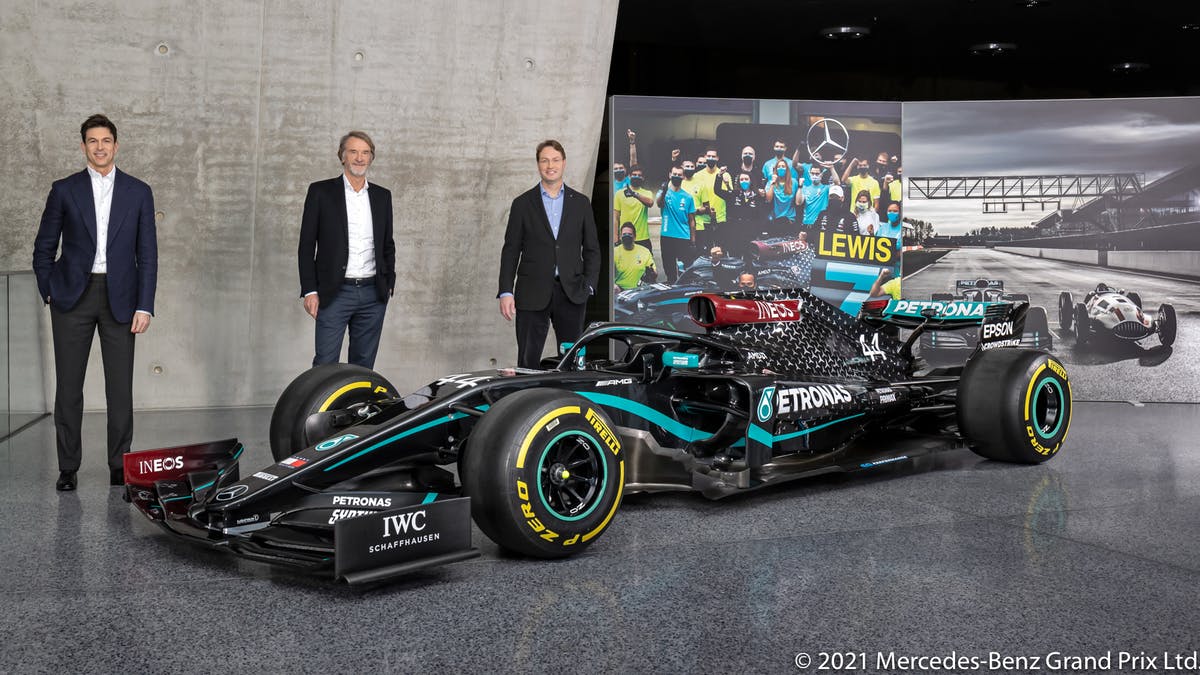 Rumored earlier to retire from the team to pursue other interests, “Toto Wolff will continue in his role as Team Principal and CEO for a further three years, leading the executive operations of the company and the racing team. He will have the subsequent opportunity to transition to a new executive function within the organization when he decides it is the right time to do so.”

Since 2010, the team has been in a title partnership with PETRONAS, along with other partners. Going forward, Daimler will reduce its 60% shareholding in the team, Toto Wolff (Team Principal and CEO) will increase his 30% shareholding and INEOS will be a one third equal shareholder.

Wolff has been especially accessible to interviewers during Formula One television broadcasts and has consistently provided significant insight into the team’s racing, so his continuation in his familiar role should come as welcome news to fans of Formula One. In making the announcement, Toto said that “I am pleased to begin this new chapter for the Mercedes-AMG Petronas F1 Team. This team is like a family for me. We have been through so many highs and lows together that I cannot imagine working with a better group of people in this sport – and I am very happy to continue together into this new era.”

In his role as Chairman of the Board of Management of Daimler AG and Mercedes-Benz, Ola Källenius said: “We are delighted to welcome INEOS to our Formula One joint venture as a fellow shareholder. It is a sign of the strength of the organization in Brackley (the racing team’s factory) that we have been able to attract prestigious investors in INEOS, who see real potential for the future growth and development of the team. We remain firmly committed to Formula One, and the forthcoming cost cap along with the new shareholding structure put us in an even stronger position for continued success. With an even closer alignment to our Mercedes-AMG performance division beginning in 2021, and Toto’s continued leadership in the coming years, the future is bright for Mercedes-Benz in Formula One.”

INEOS is one of the world’s leading chemical companies (www.ineos.com/company/),manufacturing petrochemicals, speciality chemicals and oil products, with 36 businesses in 29 countries. Sir Jim Ratcliffe, Chairman of INEOS, expressed his company’s confidence in their expanded role within the racing team, explaining that “our involvement across a number of different sports demonstrates that we always aim for the very best. When we entered Formula One earlier this year, we chose to do so with a Mercedes team that had set new benchmarks, and since then we have been in discussions about how we could increase our involvement. This is a unique opportunity to make a financial investment in a team at the very top of its game, but which still has rich potential to grow in the future. We could not wish for better partners than Mercedes-Benz, and a team of proven winners led by Toto.”

Sweeping changes in the Formula 1 regulations will take effect in 2022, potentially putting the teams on a more equal footing. Also in the 2022 season, Mercedes-AMG Petronas F1 Team will expand their technical collaboration with Williams Racing to provide gearboxes and related hydraulic components, in addition to the Mercedes-Benz Power Units that have powered Williams Racing since 2014. “Historically, Williams has built its own gearboxes and hydraulics in-house.”

According to the provisional 2021 Formula One calendar, as released by the FiA, tentatively there will be 23 races in the new season, beginning on March 21 in Australia (Melbourne). However, this race was cancelled at the last minute in 2020, and in 2021 it is subject to the possibility of yet another cancellation due to COVID-19. The season will conclude on December 5, in Abu Dhabi. Visit www.formula1.com for more information.