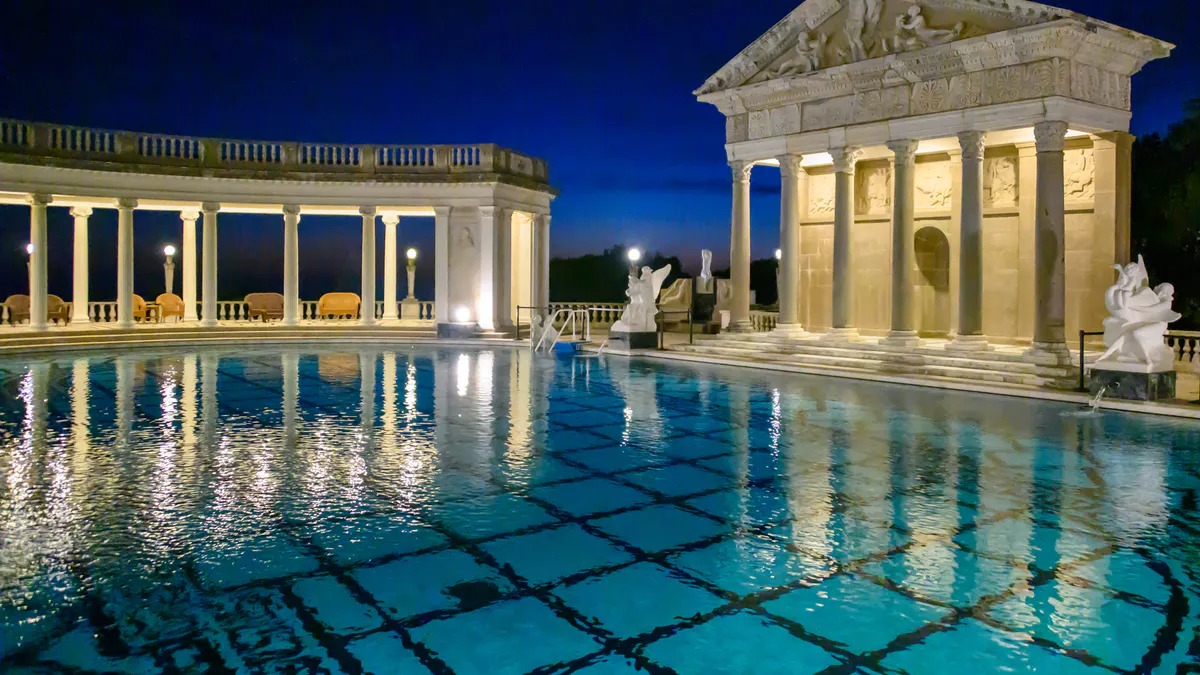 Travel to spectacular Hearst Castle — a museum like no other, overlooking California’s picturesque Central Coast

When life as we once knew it returns to normal — and it most certainly will, after we defeat the coronavirus, consider taking a road trip along the spectacular California coast to historic Hearst San Simeon State Historical Monument.

As we learn from HearstCastle.org, the history of majestic Hearst Castle can be traced back to 1865 — less than 20 years after the Mexican-American war and of California becoming a state — with the purchase of 40,000 acres of California ranchland by George Hearst — a wealthy man with substantial interests in the mining industry.

William Randolph Hearst, his only child, was born two years earlier, in 1863 in San Francisco. George Hearst’s vast wealth “allowed young William the opportunity to see and experience the world as few do,” touring Europe as early as the age of ten with his mother. William studied at St. Paul’s Preparatory School in Concord, New Hampshire, and then at Harvard. No doubt, from an early age, his background instilled in him an interest in history, art, drama, politics, publishing, and — European castles.

In 1919, William inherited the family’s land from his mother, and over time he purchased more. The estate eventually grew to encompass 250,000 acres. The land had been used as a campsite for family and friends, but in 1919 he issued these instructions to famed San Francisco architect Julia Morgan: “Miss Morgan, we are tired of camping out in the open at the ranch in San Simeon and I would like to build a little something.” Indeed!

Along with his architect Julia Morgan, they conceived Hearst Castle as a spectacular residence, within which he would display and add to his massive collection of art treasures, and where he and his family would entertain an astounding who’s who of the political, social, and Hollywood entertainment industry elite — including Winston Churchill, Calvin Coolidge, Howard Hughes, George Bernard Shaw, Charlie Chaplin, Gary Cooper, Joan Crawford, Douglas Fairbanks Jr., Errol Flynn, Clark Gable, Greta Garbo, Cary Grant, Buster Keaton, Harpo Marx, Louis B. Mayer, David Niven, Mary Pickford, Barbara Stanwyck, and Jack Warner. No expense was spared. Construction spanned more than 28 years.

“By 1947, Hearst and Morgan had created an estate of 165 rooms and 127 acres of gardens, terraces, pools, and walkways — an American castle that was destined to become one of the world’s greatest showplaces for his art collection.”

The enormous swimming pools are luxurious. The Neptune Pool, complete with massive Neptune statuary and a temple-like structure, is outdoors and contains 345,000 gallons of water. Eventually, three versions of it were built between 1924 – 1936.

The Roman Pool, indoors, features a combination of intensely blue and orange tiles, and clear tiles with fused gold inside. It is decorated with eight marble statues of Roman gods, goddesses, and heroes. The pools “were the settings for lively parties, social gatherings, exercise, and recreation.”

A variety of ticketed tours, some seasonal, were offered before COVID-19. They included the Upstairs Suites Tour, Cottages & Kitchen Tour, Julia Morgan Tour, Holiday Twilight Tour, Designing the Dream Tour, Art of San Simeon Tour, Hearst and Hollywood Tour, Private Tour, and the special Evening Tour that I took, in which staff — dressed in 1930s attire — recreated scenes from daily life in the Hearst Castle. Tours begin with a narrated, five-mile bus ride up the hill to the castle.

The spacious visitor center includes exhibits, food services, gift shops, and the Hearst Castle Theater, which shows the movie “Hearst Castle — Building the Dream”: the story of the castle, with vintage clips and stills from the 1920s and 30s.

To help conserve and protect Hearst Castle and its 25,000 pieces of artwork, go to foundationathearstcastle.com