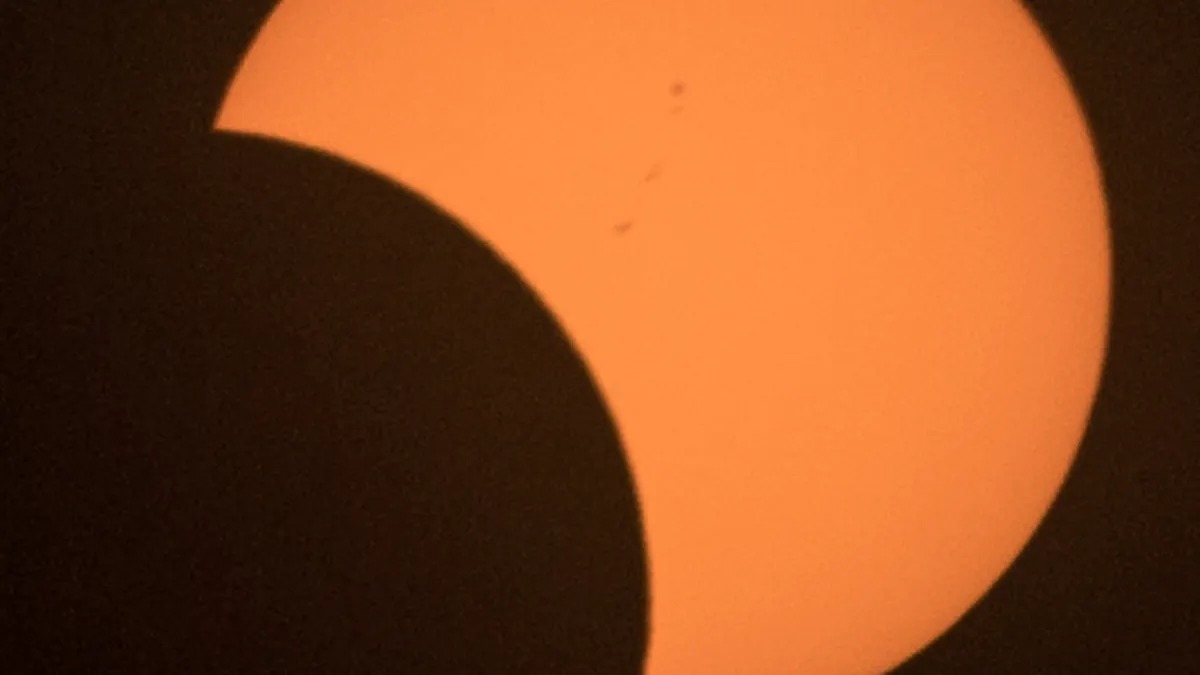 1918 was the last time a total solar eclipse was visible in a path across the entire continental United States. Even though San Diego would not be in the direct path, and thus would not experience totality, it was expected that we would still see 57% coverage. That and the excitement shared around the country for the total eclipse made this a must-see event.

For days, news reports had warned against viewing the eclipse without special eye protection, due to the permanent damage that doing so would cause to the retina of our eyes. Many people bought special solar glasses for protection but, as the big day approached, demand exceeded supplies and many vendors ran out.

The Fleet Science Center (www.fleetscience.org) in San Diego’s Balboa Park hosted a free outdoor viewing event for the “Great American Eclipse.” Even though we could have observed the partial solar eclipse from pretty much anywhere, the lure of spending at least part of a workday in Balboa Park – home to numerous world-class museums, the San Diego Zoo, restaurants, gardens and beautiful architecture; the attraction of a shared large group experience and the opportunity to see the eclipse through special solar telescopes, along with Q&A with local astronomers and supplies to make our own pinhole eclipse viewer, drew thousands of people to the fountain area in front of The Fleet on the morning of Aug. 21, 2017.

At 9:07 a.m. a tiny, semi-circular black disc (the Moon) began to cover the upper left hand corner of the Sun.

Slowly it grew larger as it moved down, reaching its maximum coverage at 10:23 a.m.

Relatively quickly-moving lines of people formed to view the eclipse for a few moments through various telescopes.

Many children visited with representatives from The Fleet to observe science demonstrations.

The U.S. Post Office sold amazing, heat-sensitive Total Solar Eclipse stamps that changed from being a black circle to revealing the Moon.

As the eclipse progressed, complete strangers began to talk to each other and share eclipse-viewing glasses, so that everyone could have an opportunity to witness this awesome, rare event.

In the process of offering people who did not have eclipse glasses the use of my second pair, I met groups and individuals, young and old, and from several countries. Even when we did not share a common language, we demonstrated that we all have things in common and can enjoy each other’s company.

Of course many of us also wanted to capture the event with our camera, but without a special eclipse filter to protect the camera’s image sensor, that would cause serious damage – just like to the eyes.

Even though using its digital zoom would badly degrade the image quality, I had decided that I would be satisfied to use my iPhone to take a few photos. Its lens is small enough that it could be easily covered with my second pair of eclipse glasses. I also brought a professional DSLR to capture cool shots of the crowd, but since I did not have a large eclipse filter to protect that camera’s image sensor, that camera could not be used to shoot the eclipse.

It was tricky to do but I was able to take several photos of the eclipse with my iPhone.

Then, as I was speaking with one of the many strangers that I had met, one by the name of “Scottish Sue” offered to let me use her large, camera-sized eclipse filter on my DSLR. I did so and was able to take a few photos that benefited from its 28-300mm zoom lens. Several of the photos even show sunspots. Thank you “Scottish Sue!”

After viewing the eclipse, I spent the afternoon in Balboa Park at the San Diego History Center (www.sandiegohistory.org). Currently they have a video showing the history of Balboa Park;

and another exhibit that explores experiences of Japanese Americans with WWII-era internment camps.