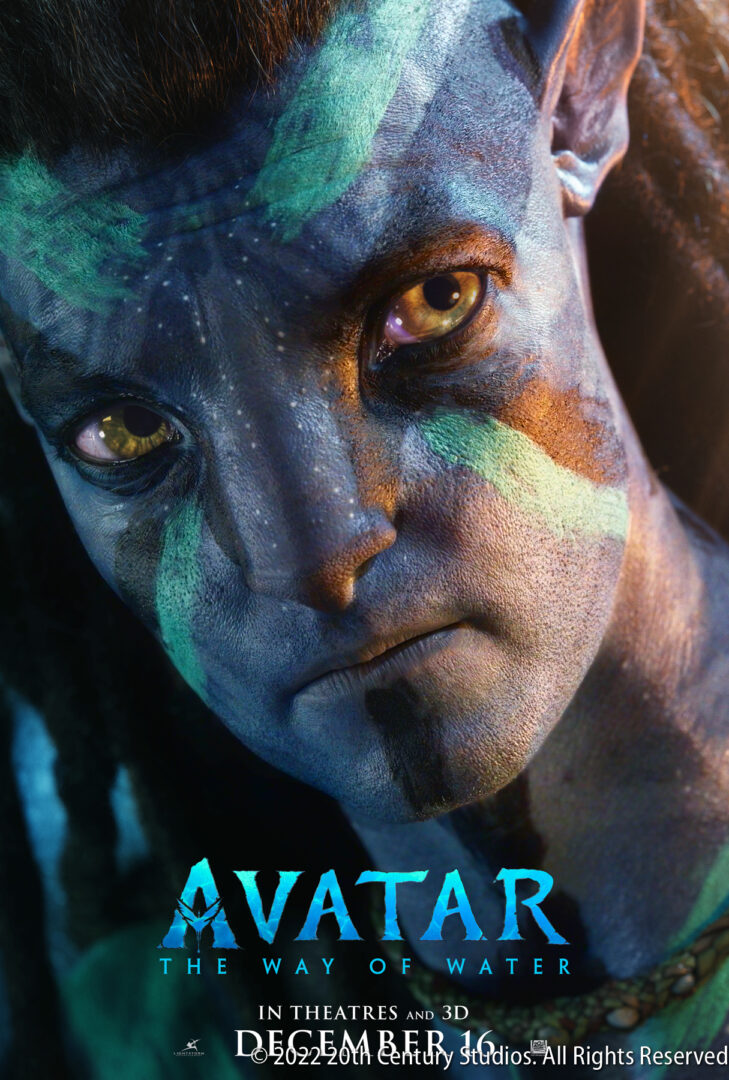 Review of “Avatar — The Way of Water”

Rarely does a sequel live up to the standard set by the original, but “Avatar: The Way of Water” succeeds at that lofty goal and, in some meaningful ways, goes well beyond that.

“Avatar: The Way of Water,” is set more than ten years beyond “Avatar.” You will see that people have aged, and relationships have matured. The theme of family is explored.

Visually Pandora, the lush moon “which orbits a gas-giant planet called Polyphemus in the Alpha Centauri-A star system,” seems much more beautiful, breathtaking and real than it did before, in “Avatar.” The reason is due to the more than ten-years of advances in filmmaking technology.

3D movies, as they were seen in theaters, used to look too dark, and the 3D effect gave some people headaches. In contrast, for “Avatar: The Way of Water,” Dolby Vision 3D is as bright, colorful and vivid as can be, and the definition is high for the action sequences. It is truly lifelike. You’ll feel like you’re really on Pandora. In the theater that I was in, I also felt sudden impacts through the seat of my reclining lounge chair.

For the ultimate in realism, the specially developed “image-based facial performance capture” system accurately recorded even the smallest facial and eye movements. Underwater performance-capture sequences were actually shot underwater, with everyone — cast and crew alike — holding their breath! Actress Kate Winslet astounded everyone by being able to hold her breath underwater for more than seven minutes.

Even though the majority of Na’vi costumes were digital on-screen, physical costumes were also made to in order to see and realistically replicate their natural movements when worn.

In terms of the overall story, admittedly it would have been difficult for “Avatar: The Way of Water” to be better than the original. After all, the setting and the alien characters of “Avatar’ were all new and original. The sequel is, from that respect, a continuation of what had come before it, in “Avatar,” complete with the Na’vi and the human “Sky People,” but there is more of an emphasis on the importance of family and clans, and of the spiritualism that is a fundamental part of all life on Pandora. Interpersonal relationships are explored in meaningful new ways that contribute to multiple storylines, as do the actions of the creatures and also the plant life on Pandora. Much of what we hear is spoken in the language of the Na’vi, which seems quite natural. When all of this is combined with the new technology, the sense that you are really there on Pandora is significantly heightened.

This sequel builds on the interpersonal relationships and events that were established in “Avatar.” Not remembering those from years ago, I sometimes struggled to comprehend the rationale for what was taking place in the sequel — so much so, that after I saw the sequel I sought out and watched “Avatar” again (streaming on Disney+). After doing that, the sequel made much more sense. Of course, now I want to watch the sequel again too, so that I will have seen everything in the correct sequence. It would have been much more enjoyable to have watched the two movies in their correct order the first time around.

Also, spend a little extra and see the sequel in at a Dolby Cinema in Dolby Vision 3D, and in a theater with comfortable, reclining movie seats. This epic sequel is over three hours long.