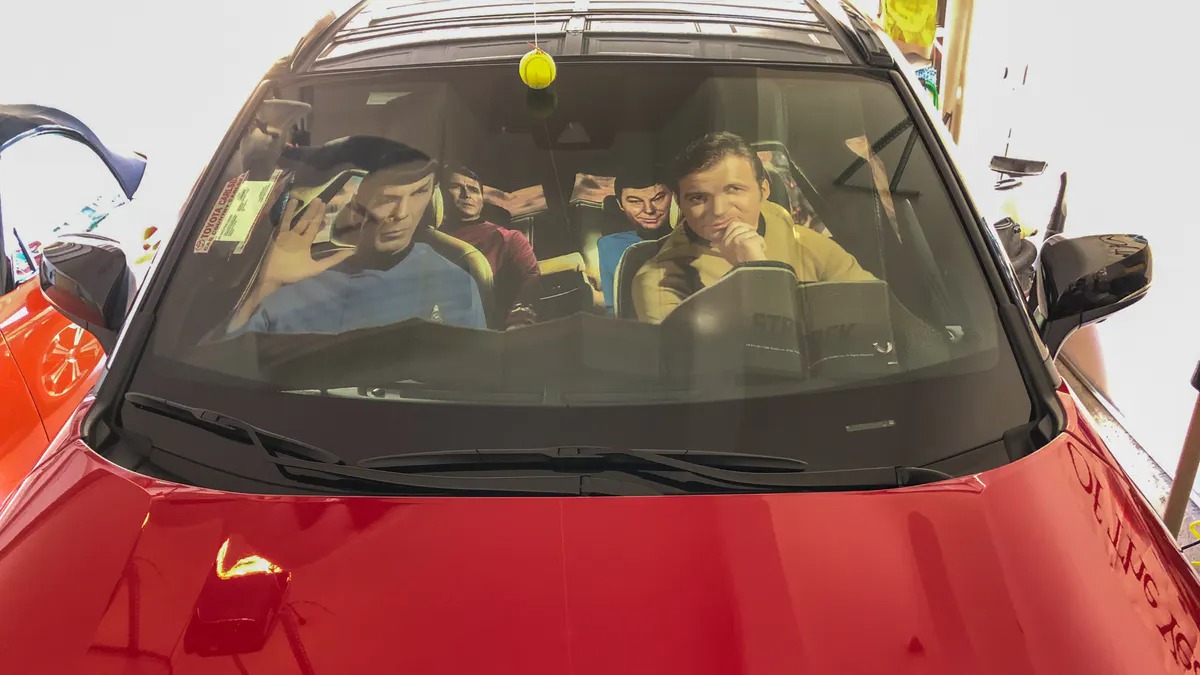 THE NEW CAR EXPERIENCE — A TRUE JOY IN LIFE

There are many things in life that can bring us true joy. Especially for those of us who love automobiles, getting a new one – even if it is just new to us – can be such an experience. Today, before the initial excitement wears off, I wanted to share my recent experience with you.

My excitement level began to take a decidedly upward trajectory many months ago, at the 2019 LA Auto Show’s press days (AUTOMOBILITY LA). It was there that I got – and shared with you – my first good look, inside and out, of a prototype of the new vehicle that I’d been patiently waiting years for. That stylish, two-tone (Supersonic Red and Black) prototype was the 2021 Toyota RAV4 Prime.

For what seemed like an eternity, I’d been looking and hoping for a vehicle that had what I believe to be an ideal combination of certain important features, to replace my aging but still reliable and economical 2012 Toyota Prius Plug-In Hybrid.

Where I wanted my next vehicle to surpass that Prius was: significantly more cargo capacity (for my annual expeditions to cover the SEMA Show and CES (formerly known as the Consumer Electronics Show) in Las Vegas; enough all-electric range in EV mode to handle most of my around San Diego driving needs; decent gas economy when operating in hybrid mode (HV); and a broad range of modern driver assistance and safety features.

The prototype 2021 Toyota RAV4 Prime offered all of that, and much more. The batteries are under the seats, instead of taking up loads of space in the cargo area, and now there is even a spare tire there! It is rated at 42 miles of all-electric (EV) driving range and 38 MPG gas only. It has many driver assistance and safety features — and it looks great!

For months I raved about its many virtues to everyone who would listen, and I repeatedly expressed my absolute intention to buy one. With 38,300 impressions for that particular column in my tribe on DriveTribe so far, many other people were also intrigued to learn more about it. See AutoMatters & More #618:

My enthusiasm kicked up to an even higher level when, over 30 weeks later, Toyota loaned me a prototype for a long weekend for a review. See AutoMatters & More #651:

Needless to say, I’ve had one on order. Last Sunday, my very own 2021 Toyota RAV4 Prime XSE (two-tone Supersonic Red and Black, with the Premium Package) was delivered to me by Toyota Carlsbad, in Southern California.

Yes, this is truly a joyful experience!

I am still on an adrenaline high. I’ve spent hours just sitting in it and marveling at its features.

I checked out some of the RAV4 Prime’s features in my garage.

O​ne of the first things that I did was plug it in to charge it.

I crawled under it and was fascinated by all the stuff underneath too! I continue to be so excited.

Of course, there was the matter of paying for it. To help with that I needed to sell my 2012 Prius. Thankfully CarCzar in San Diego came through again for me with flying colors, beating everyone else’s offers, and they are nice, honest people who are a pleasure to work with. If you live anywhere near San Diego County, check them out at www.carczarllc.com

Farewell to my 2012 Prius Plug-In Hybrid. You’ve been a good car. You will be missed.

A downside of being super-excited is that you might make thoughtless mistakes. Mine was in depositing the Cashier’s Check for my sold 2012 Prius in my bank! I had rushed to the bank to deposit it, arriving there literally right before the bank was closing, but they welcomed me in and directed me to a teller. I gave her the check, got a receipt for my deposit, and drove home.

It was two hours later when it occurred to me that I had definitely not endorsed the back of that check. In a panic, I phoned my bank’s after-hours Customer Service department. One agent told me that the check would not be deposited and would be mailed back to me. A second agent told me that my branch would endorse the check on my behalf.

My branch will be opening for business in less than an hour from now. Guess where I’ll be?

Soon I will do a review of my 2021 Toyota RAV4 Prime XSE, but before doing that I’ll spend a lot more time behind the wheel. To be continued…