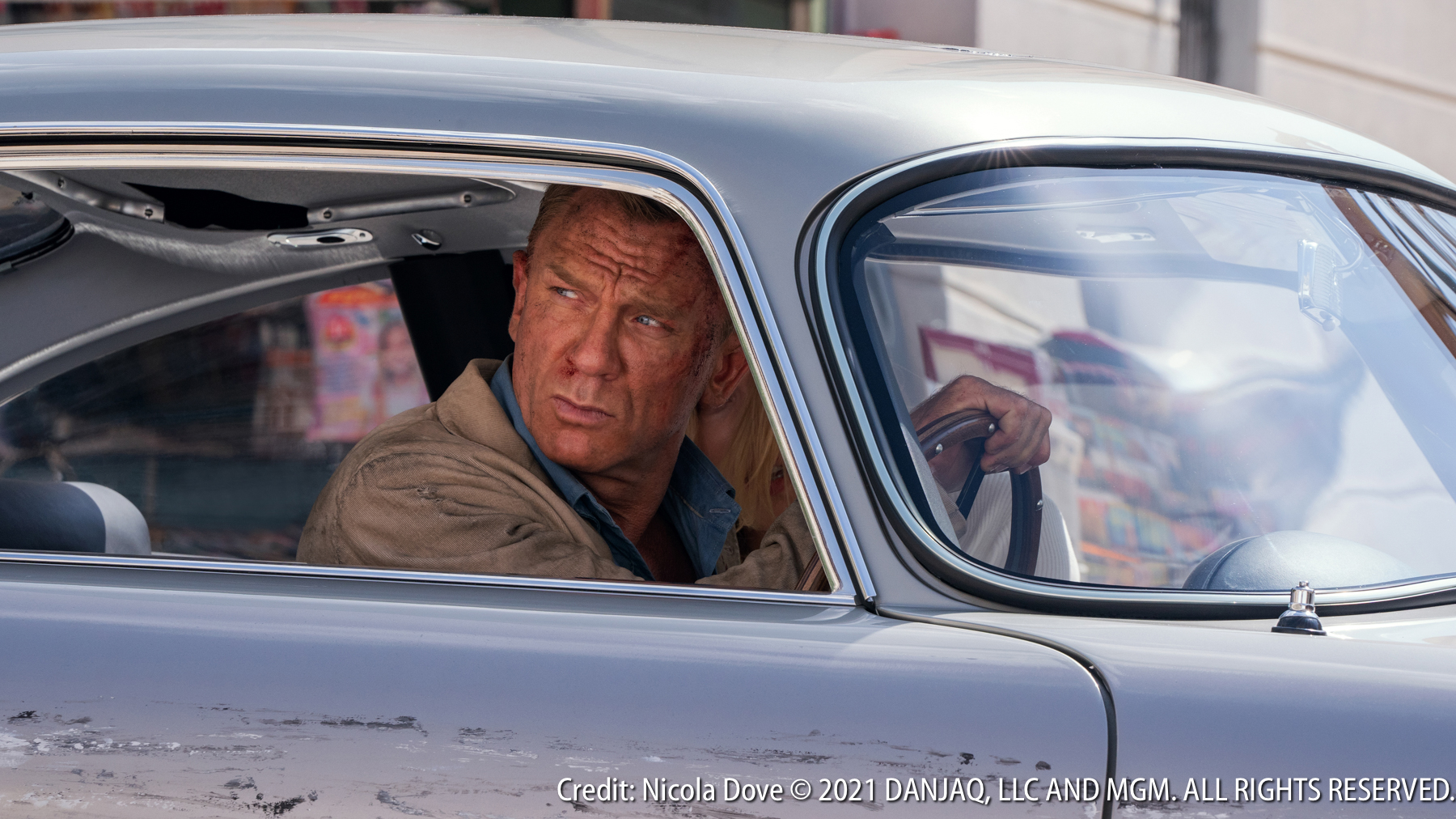 There will be no spoilers in this review (certainly none of any significance).

Fans of the James Bond 007 movies have waited many years for this. On July 24, 2017, EON Productions and Metro-Goldwyn-Mayer inc. announced a U.S. theaters release date for BOND 25 of November 8th, 2019, but that was not to be.

I have been a huge fan of 007 and have been enjoying 007 movies in theaters from the late 1960s. Daniel Craig was absolutely right when, in a filmed introduction to our press screening of “No Time To Die,” he sincerely thanked the audience for our “patience and support,” saying that “it was important that you see this on the Big Screen, where it belongs. Thank you and enjoy the movie.”

They really did bring “No Time To Die” to the Big Screen as soon as they reasonably could have, to increase the likelihood that sufficiently large audiences would enjoy it. I had not seen a movie in a theater since before COVID-19 took hold in March 2020. I was surprised, and dismayed, to see that even now the theater’s parking lot was almost empty of cars in mid-afternoon on a beautiful day.

This is one of the most consequential 007 films ever. It has everything that the best Bond films have ever had, and more: magnificent locations, iconic Aston Martin cars, sensational chase scenes, truly evil villains, romance, intelligent and supremely talented Bond women who are instrumental to the development of the plot, high tech gadgets from Q that play a key role in the resolution of the plot, Moneypenny, M, Felix Leiter from the CIA, and more.

The non-stop suspense will keep you on the edge of your seat from start to finish. This nearly three-hour movie flies by.

What would a James Bond film be without spectacular car chase scenes? There is one particular scene that you’ve probably seen in the previews where Bond does donuts in his iconic Aston Martin DB 5, while spraying the villains with bullets from the machine guns mounted on the front of his car. What you may not know is how donuts were performed with that car.

Those of you who watched Sky’s coverage of the recent Russian Formula One Grand Prix were treated to a special segment where the stunt driver for the Aston Martin 007 scenes joined the two Aston Martin Formula One drivers to give them a taste of what it was like for him to perform those stunts. We learned that this was no ‘ordinary’ Aston Martin DB 5. Inside its cockpit, there was an extra lever near the gear shifter, that seemed to perform a similar function to the “Drift Stick” that stops the rear wheels from rotating in Ken Block’s rally cars — except in the movie, according to an excellent article by Mark Vaughn that was published in Autoweek on Oct. 1, 2021, this lever activated a brake on the left front wheel (Mark’s article is entitled “All the Stunts in the James Bond Thriller ‘No Time To Die’ Are Real”). It was quite interesting to see Sebastian Vettel and Lance Stroll try to emulate the skilled stunt driver’s drifting of the DB 5 and doing donuts on the track.

There are, of course, new agents. They bring with them great skills, and add to the plot twists in ways that will surely surprise you.

The global locations are breathtaking. The 007 production was “based at Pinewood Studios in the UK, and on location in London, Italy, Jamaica and Norway.”

This is easily Daniel Craig’s best performance as James Bond, showing a great depth of character. In the past his performances were especially dark. He seemed to lack that twinkle in the eye that Sean Connery’s James Bond had, that made him likable. In “No Time To Die,” we can see and empathize with Craig-as-Bond’s humanity. Of course, as always, his fighting and other action sequences are thrilling.

Before I close, I must share with you one last, absolutely important thing. Absolutely do not — I repeat — DO NOT leave the theater until you’ve watched until the very end of the closing credits. You’ll understand why.

For more information about 007 and “No Time To Die,” visit the official website at www.007.com