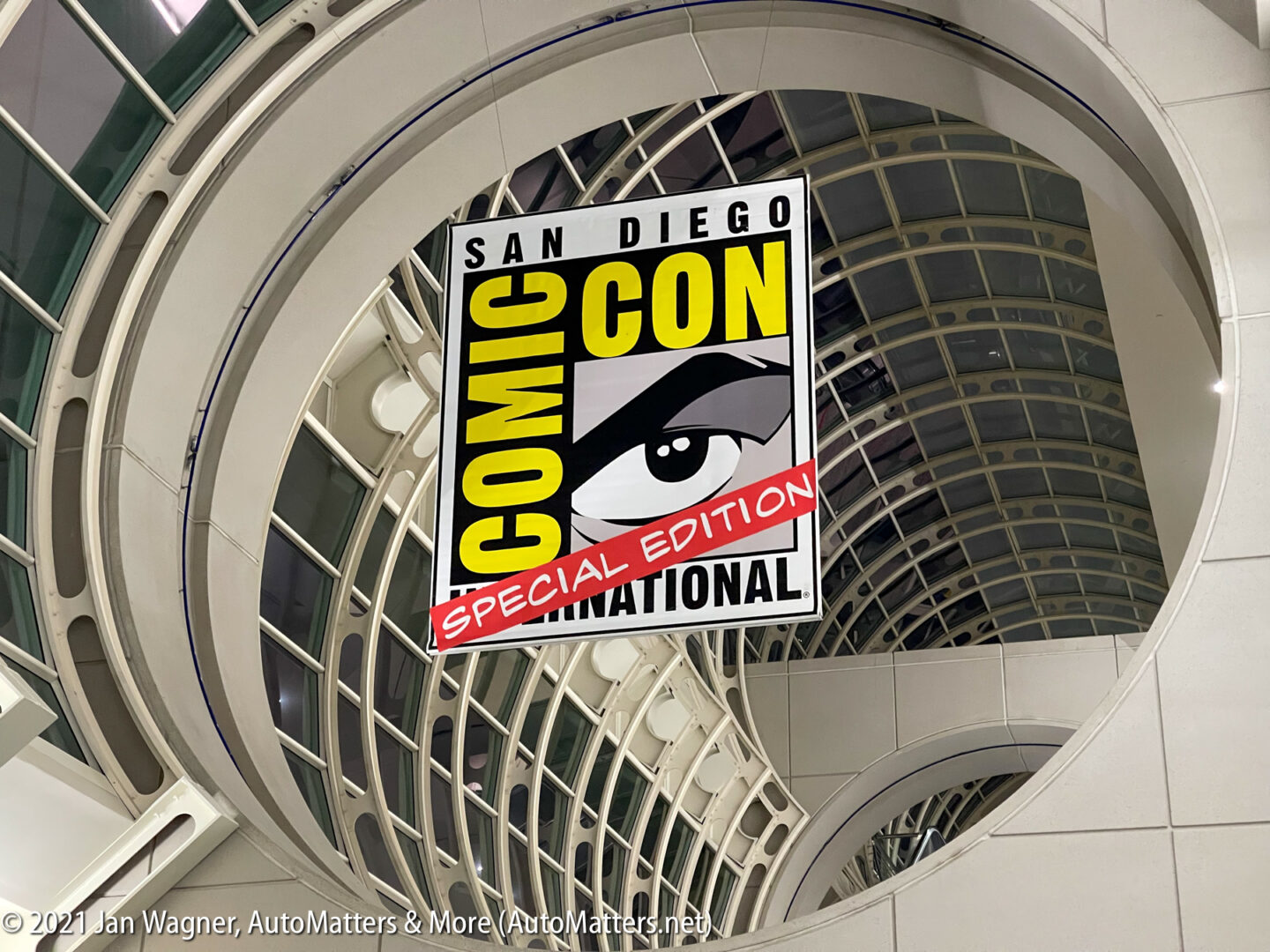 Slowly but surely, life is getting back to normal. Events that I had covered every year for many years were all cancelled in 2020, and then again into the early part of 2021, but science saved us. Thanks to the vaccines and boosters, in combination with face masks, finally we can safely venture back out into the world.

I have already covered all sorts of events, large and small, far and wide, including the fantastic Acura Grand Prix of Long Beach, the massive SEMA Show in Las Vegas, IMAX movies and new exhibits at the Fleet Science Center in San Diego, car shows including the Goodguys Del Mar Nationals, the opening of a massive expansion of San Diego’s public transportation system with the addition of the San Diego Trolley’s Blue Line, and more. I even returned to Disneyland — twice.

This past weekend I did something that I have been unable to do for 2-1/2 years. I went to San Diego Comic-Con (Special Edition) and had a wonderful time.

As always, I travelled to and from downtown on the San Diego Trolley, but it was easier this year, thanks to the Blue Line expansion, which comes much closer to serving where I live.

This Comic-Con was much smaller than usual — more comparable to WonderCon in Anaheim, but it retained the marvelous variety of pop culture things to see and do that make Comic-Con truly special and unique. Despite its significantly smaller size, I still ran out of time and didn’t get to see everything that I wanted to see.

It was great seeing people walking around in costumes again, and watching the traditional Saturday night Comic-Con Masquerade, with Mistress of Ceremonies Sue Dawe.

The audience was thrilled when, at the start of the event, John Cena in his full Peacemaker costume, along with backup entertainers, made a surprise appearance.

After the Masquerade contestants had all left the stage, and while the judges were deliberating, we in the audience were entertained by the frenetic, ultra-high-energy dance moves of The Corps Dance Crew…

… followed by a Star Wars-themed light saber show by the Saber Guild.

The exhibit halls were filled with all sorts of tempting merch, and works of art in Artists’ Alley. I tried to resist but I could not, adding to my small collection of Funko Pops (three Comic-Con toucans), some pins, a couple of comic books, some San Diego Comic-Con souvenirs and more.

I had highlighted far more in my program book than I could possibly have seen, but two that I did see were excellent: “Fandom Has Saved SciFi Franchises”…

… and “The Origin of Comic-Con from the ‘Kids’ That Started It” — a panel that actually brought people to tears.

As always, some of the best things to see and do were outside of the San Diego Convention Center, many of which were free to the general public. One was for the NBC T.V. series “La Brea,” which I watch. Last night was the season one finale.

Another activation was for the “Peacemaker” series, which will be streaming January 13 on HBO Max.

Meanwhile, games and pinball were over at the Marriott Marquis hotel

As usual, I found some very cool things totally by accident, including a very physical battle among realistically costumed, armored knights reliving the chivalry of the Middle Ages, performed by members of the international Society for Creative Anachronism. The fighting was real, not choreographed. For safety, the combatants followed rules of engagement.