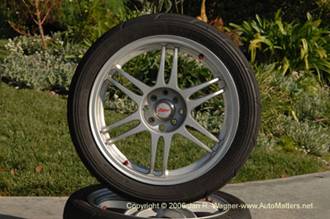 As another year comes to a close, once again we find ourselves in between auto racing seasons. I used to get really disappointed when the various race series that I’d grown used to watching in person and on TV suddenly came to an end, not to return for months. I still get disappointed but I have a better appreciation for why the off-season break is so important.

It’s not just about everyone taking some much needed rest. Actually, I’m not so sure that most of those involved in racing actually get much of a break in the off-season. No, I suspect that the teams are pretty busy in the off-season as they assess their previous year’s performance and make plans for next season. While I don’t have much first-hand knowledge about what they do, I can certainly tell you about what I sometimes do as an autocrosser.

Autocrossing is, by definition, not racing per se, but it is about as close as many of us come to real racing. Like in racing, to be competitive you need to be properly prepared. The off-season gives us time to do just that.

My last two autocross cars have been Mazda Miatas. The first was a bare bones, 2003 Club Sport. I had some success with it in autocrossing but it didn’t quite cut it as a street car. A mid-summer trip in it to Las Vegas, and another in similar heat to Solvang, convinced me to never, ever get another car without air conditioning again. That led to my second Miata.

The 2004 MAZDASPEED MX-5 (Miata) was a great street car and very well suited for spirited Sunday drives in the country. With its factory turbo, it had plenty of power for the open road, as well as beautiful metallic red paint, Bose audio and incredible reliability. It never once needed anything but simple, routine maintenance in the whole time I owned it. The problem is, I also autocross on Sundays. I probably did worse with that car during weekend autocross competition than with any other car I’ve ever owned. I don’t know why for sure, but the results spoke for themselves.

It also had virtually no rollover protection, whereas the new model at least has some strong hoops behind the seats, as well as side airbags. So, after two years of being an also ran, I was ready for a change. An opportunity for that came a little over a week ago, when I decided to check out a trade-in offer that was mailed to me by my friendly Mazda dealer in Escondido.

I took a drive to the dealership expecting to find a lousy trade-in deal and a selection of full-price new cars. Instead, I was offered a reasonable trade-in offer for my very low mileage Miata and an incredible deal on a 2006 Miata that had sat in the dealer’s inventory for over four months. With several more 2006 cars still in stock and many more 2007 models to sell, they needed to move their ’06 cars, right now, so they got really serious about a deal on one equipped just the way I wanted it. Suddenly, I had a big decision to make. Should I accept their offers or take another look at a Pontiac Solstice instead?

The Solstice is a great competition car and I love the way it looks, but it falls short as a street car when compared to the new Miata. The Solstice has virtually no usable trunk, a much less user-friendly soft-top mechanism and, for me, something else that is a very big deal buster. You see, the best model of Solstice to use for autocrossing is the one with the competition option package, but that model is not available with – you may have guessed it, air conditioning. Yep. There’s no way I’m going to get another car without air conditioning, living as I do in Southern California.

Let’s hope that I got it right this time because by the end of the evening, I became the proud owner of a new, Brilliant Black, 2006 Miata. That makes three Miatas and a total of five Mazdas. I guess you could say I like them.

Now my off-season has really kicked into high gear, because I need to quickly prepare this brand new car for competition. In between the last autocross of 2006 (which was in December) and the first event of the new year, I’ve got a lot to do and not much time to do it.

Even in what we call the stock classes of autocrossing, one cannot be competitive on the track with stock street tires and suspension. So, the first thing that I did was careful research. The Tire Rack (www.tirerack.com) not only had the wheels that I was looking for, but they also shared their experience about using slightly larger-than-stock, super-sticky tires on a Miata. They had everything in stock, ready to mount, balance and ship.

Since they are allowed by the stock class rules, I’ve also got a line on a stiffer front sway bar, stiffer shocks and a more aggressive, competition wheel alignment.

With a bit of luck I’ll have everything that I need, installed and ready, before the first event of the new year. In the meantime, I’m driving the new Miata instead of my Prius to put some needed break-in miles on it.

Of course, none of this is free. To help pay for the new stuff, I’m trying to sell my last Miata’s extra parts, including a nice set of 17-inch wheels that will fit a second-generation Miata.

So, that’s what I am doing in the off-season to get my new autocross car ready for some friendly competition. Just imagine what professional race teams do.