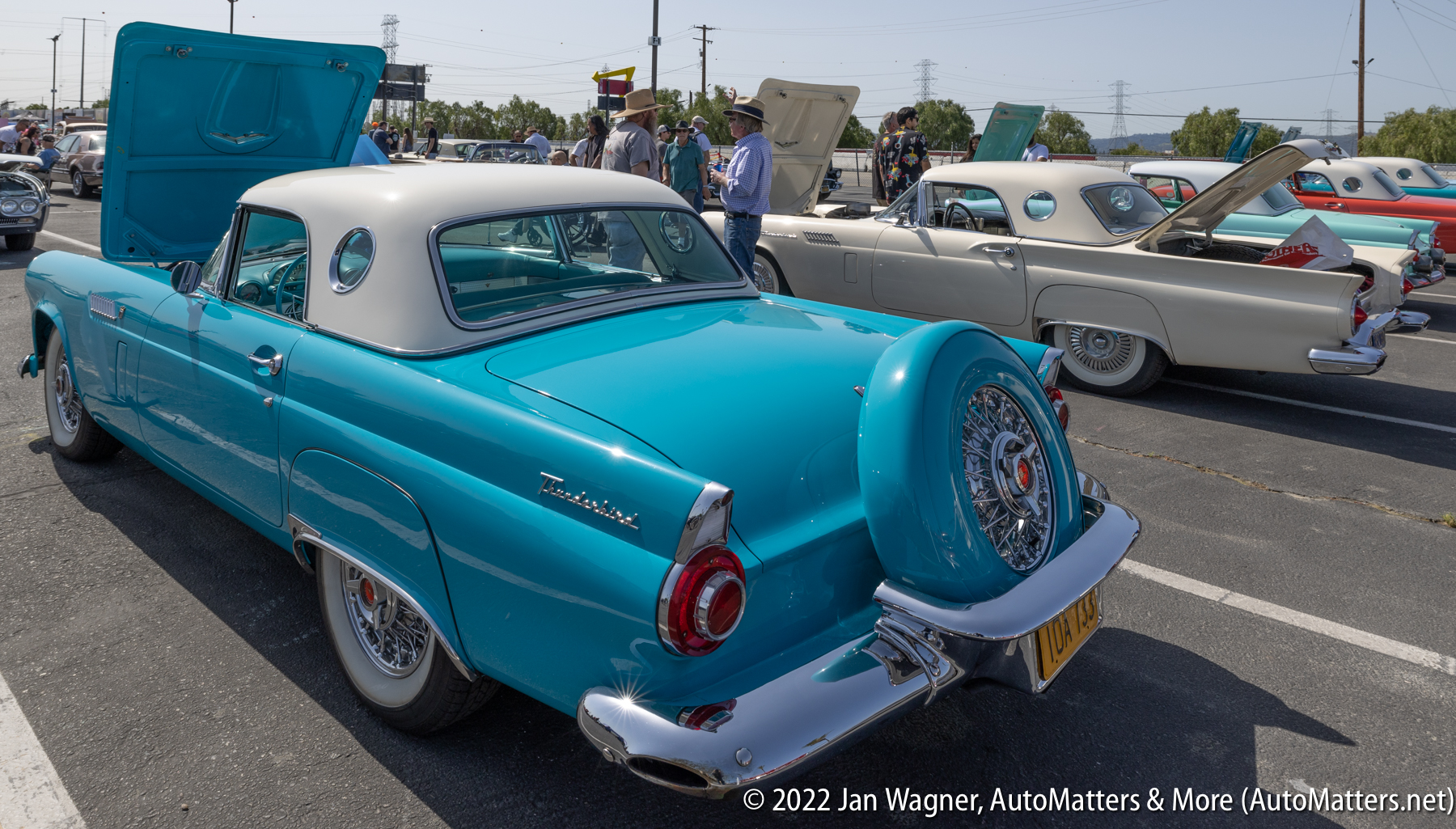 Recently, “Fabulous Fords Forever” — showcasing the rich history of the Ford Motor Company and presented by the Ford Car Club Council — celebrated its 36th anniversary. Back when I first started covering this event, it was held in a large parking lot outside of Knott’s Berry Farm. The show eventually outgrew the parking lot at Knott’s and moved over to its current venue: Irwindale Speedway.

Trekking in to “Fabulous Fords Forever” from the parking lot (or, if you were lucky, from where you parked on the Irwindale race track), you could not help but notice the sounds of roaring engines and the screeching tires of drifting cars, as they emanated from the grandstands just inside the show and on your left. Much to our delight, this was going to be more than just a great car show — this was going to be a thrilling, action-packed motorsports event too! To see the exciting (two-minute) video, follow this link to the “AutoMatters & More” YouTube channel:

A mechanical failure left this driver without steering

1,000 Ford, Mercury and Lincoln vehicles were on display, ranging in age from a Ford Model T to a corporate display of current Ford cars and trucks.

There were also numerous vendor displays.

By far the largest model represented was the Mustang, with 596 cars!

Many vehicles caught my attention, including the custom 1949 Ford F-5 former gravel truck built by Mitch from Simi Valley, California. It used to have a dump bed. You could see the original nomenclature on the side of the truck. To perform the restoration over five years, Mitch grafted two wrecked dump trucks together. He has since been driving it for 15 years.

It is powered by a 7.3-liter Power Stroke Diesel engine, complete with the running gear from a 1996 Ford F-350.

It has suspension seats and a chopped top (by 3-1/2 inches).

The two tanks in the back hold about 32 gallons of diesel fuel.

More advanced than a typical ‘Rat Rod,’ it has such modern features as anti-lock rear brakes, a full complement of on-board computers that perform engine management and run the fuel injection system, and a smaller snail on the turbocharger so that it makes more pressure. It produces about 400-hp and 700 ft. lbs. of torque.  It is said to run very well and is very drivable. It was last shown about 14 years ago at Fabulous Fords Forever, when it was held at Knott’s Berry Farm, and also at a Goodguys event.

Since I had just seen and shot a video that included an incredibly well-handling Ford Maverick at the “Goodguys Del Mar Nationals” autocross, I also spoke to Javier — the proud owner of a red, custom,1972 Ford Maverick that he’s had for about 20 years.

This car is built to autocross, with a 352-hp (at the wheels) 347 Stroker engine and a five-speed Tremec, 3.70 gears, 6-piston power Wilwood front brakes with 12-inch rotors (elevens at the back), power steering, sub-frame connectors, coilovers (height-adjustable front and rear) and a 3-link RS rear suspension kit from Australia.

The seats, complete with power side bolsters and lumbar support, are from a 1991 Corvette ZR-1. He had Maverick patches custom-made to cover Corvette. He bought this set of seats (new price: about $3,400) for only $200 at a swap meet! This is his daily driver, and he’s driven it as far away as Mexico and Las Vegas. You have to believe him when he says that this car handles like it is on rails, and is a LOT of fun to drive!

The Ford Car Club Council consists of 38 member clubs, with support from the Ford Motor Company and Southern California Ford Dealers. Without support from all of them, this fantastic car show could not exist.

It might embarrass him to be recognized, but I’d like to give a special shout-out to John Clinard – car enthusiast extraordinaire, occasional senior concours judge, and a long-time representative of the Ford Motor Company — working even in his so-called and well-deserved retirement (I can appreciate doing that, as I am in a similar situation). John was instrumental in graciously granting me press access to Ford back when I started my column and met him 20 years ago. Thank you, John!