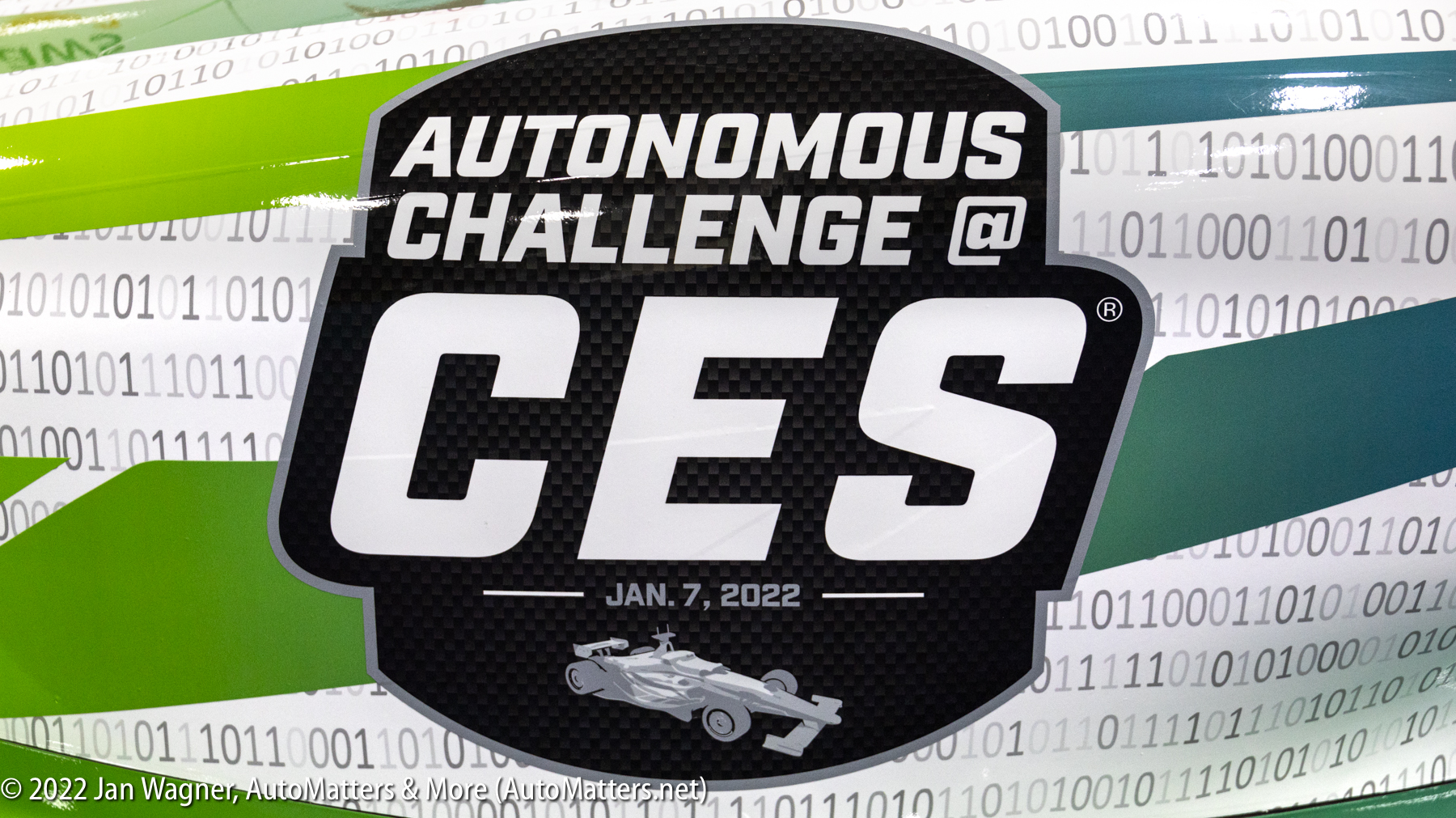 Accelerating the advance of autonomous vehicle technology — and an air show!

Always sure to showcase to the world the latest and greatest in innovative new products and technologies, CES (the Consumer Electronics Show) in Las Vegas did not disappoint (despite the impact of COVID-19 and its suddenly widespread Omicron variant that precipitated cancellations by several major exhibitors). CES 2022 hosted the Autonomous Challenge @ CES.

The Indy Autonomous Challenge (IAC) competition was held on the high-speed oval track at Las Vegas Motor Speedway (LVMS) — a long-time venue for IndyCar as well as NASCAR racing — where several days of practice culminated in head-to-head, fully autonomous racing on Friday, January 7th — the final day of CES 2022.

Prior to the activities at LVMS, the press covering CES were introduced to the IAC at the traditional CES Unveiled press preview event and at a CES press conference.

According to the IAC, the Indy Autonomous Challenge traces its origins back to over two years ago, when 41 university teams from 14 states and 11 countries, representing top engineering and technology programs, signed up to compete. Their first Challenge event took place on October 23, 2021 at the famous Indianapolis Motor Speedway, when cars competed one-at-a-time for a million-dollar grand prize (see AutoMatters & More #715 at automatters.net/indy-autonomous-challenge-at-the-indianapolis-motor-speedway/).

Their first head-to-head competition was at LVMS during CES 2022.

Competing for a $150,000 grand prize, five teams from five countries raced modified Dallara Indy Lights cars. For the IAC, the Dallara AV-21 is outfitted with an array of technology, including “Luminar Hydra LiDAR sensors to provide 360-degree long-range sensing,” to enable the cars to compete at high speeds — autonomously and safely.

The primary goal of this ambitious endeavor “is to solve real world problems by advancing technology that will speed the commercialization of fully autonomous vehicles and deployments of advanced driver-assistance systems (ADAS). Pushing limits for the entire autonomous community and helping to increase safety and performance is of critical importance, not only in motorsports, but across all modes of commercial transportation.”

According to Paul Mitchell, president and CEO of the non-profit Energy Systems Network — the organizer of the IAC: “We came to CES this week, the world’s most influential technology innovation event, to showcase to the world how this competition is catapulting autonomous technologies forward … We’re harnessing the power of prize competitions to attract the best and the brightest minds from around the globe to further the state-of-the art technology in safety and performance of automated vehicles and the teams did just that today with another historic competition.” This competition is “also about educating and inspiring innovators and entrepreneurs for generations to come.”

The format of the race was a passing competition. Pairs of cars were on the track at the same time. One was the defender and the other was the attacker. In order to pass, the attacker had to go faster than the defender, and blocking was not allowed. It was like a high-speed, high-stakes game of leapfrog. This continued until the attacker could not go fast enough to pass the defender.

For those who think this event was like watching light-weight, scale model cars circulating on an R/C track, it most certainly was not. As these pairs of modified Indy Lights cars leapfrogged each other, increasing their speeds lap after lap, soon they entered truly unknown territory. Especially given what the setbacks that had happened at the Indianapolis event (which I watched live-streamed), no one — including the race teams themselves — knew with confidence what to expect, and the consequences of hitting a wall would be far more consequential than an R/C car crash.

Throughout the day we were treated to an impromptu airshow from nearby Nellis Air Force Base.

The fastest pair of cars was from PoliMOVE (Politecnico di Milano of Italy and the University of Alabama) and TUM Autonomous Motorsport – Technische Universität München (Germany) — the winner of the previous competition at the Indianapolis Motor Speedway. These two teams competed against each other in the exciting final round.

The final, deciding lap, ended in dramatic fashion. The TUM Autonomous Motorsport car spun out and it was all over…

PoliMOVE won, and celebrated their victory with absolute euphoria!

For more information about this Indy Autonomous Challenge event at Las Vegas Motor Speedway, and for a link to the official, four-hour live-stream of the event, visit www.indyautonomouschallenge.com/polimove-wins-the-autonomous-challenge-at-ces