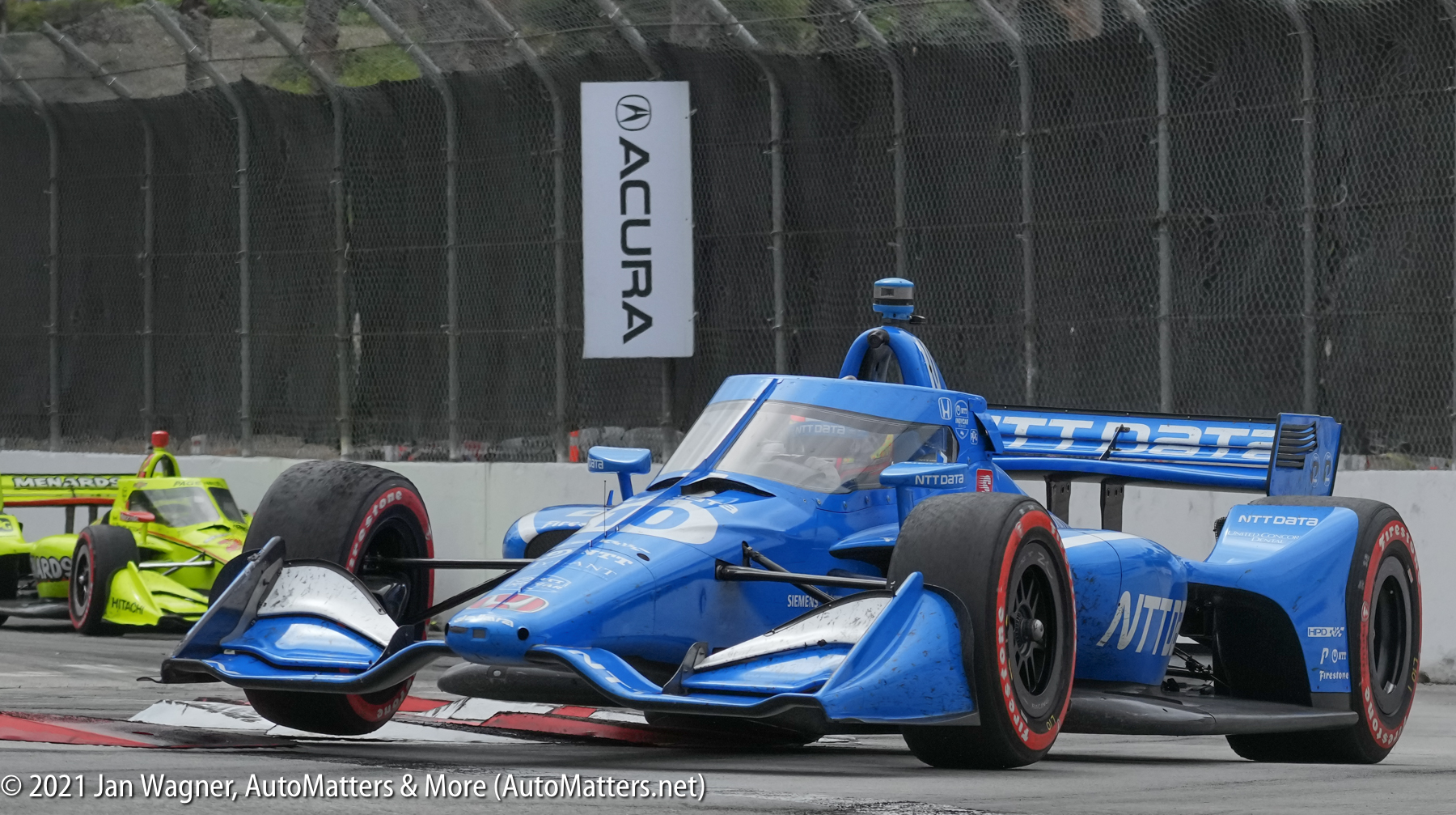 INDYCAR RACING AT THE ACURA GRAND PRIX OF LONG BEACH

One of several race series at this action-packed weekend — ALL WITH PHOTOS!

The last time IndyCars raced on the streets of Long Beach, California was in April of 2019, due to COVID-19. An eager, enthusiastic crowd of over 180,000 race fans was more than ready for their late September 2021 return, in the 46th Acura Grand Prix of Long Beach.

This event is much more than car racing. It is a party at the beach.

The large “Lifestyle Expo” in the Long Beach Convention Center is packed full of all sorts of exhibits — with giveaways, shopping and lots of things to see and do. Throughout the venue are many different food vendors. All of this, and more, contributes to a great party atmosphere.

Traditionally this event is held in April (as it will be again, on April 8 – 10, 2022) but, due to precautions related to COVID-19, this year’s Long Beach event was moved to being the final race in the 2021 Championship season.

The excitement level was even higher than usual, since the IndyCar Series Champion had not yet been decided going into this race. Three drivers, representative of the truly international field of drivers — Josef Newgarden, from Nashville, Tennessee, driving the Hitachi Team Penske Chevrolet (2); Alex Palou, from Barcelona, Spain, driving the NTT Data Chip Ganassi Racing Honda (10); and Pato O’Ward, from Monterrey, Mexico, driving the Arrow McLaren SP Chevrolet (5) — all three went into the weekend with a chance at becoming the 2021 IndyCar Series Champion.

The field of 28 IndyCars were on the 1.698-mile track for three days, with practice on Friday, qualifying and the Firestone Fast 6 on Saturday, and the Acura Grand Prix of Long Beach IndyCar race on Sunday afternoon.

Qualifying on Saturday was divided into three elimination rounds, with the quickest of the field of 28 drivers advancing to subsequent rounds, ultimately competing head-to-head in the Firestone Fast 6. The Fast 6 drivers, in order, were Josef Newgarden, Scott Dixon, Helio Castroneves, Simon Pagenaud, Felix Rosenqvist and rookie (and former Formula 1 driver) Romain Grosjean. Colton Herta was buried deep in the field in 14th position — but he would not remain there for long after the race began.

In the race, Championship contender Pato O’Ward was eliminated from contention early, due to a collision with Ed Jones. Josef Newgarden ran a strong race, but ultimately his second place finish was not enough to deny Alex Palou the IndyCar Series Championship. He drove a smart race, not taking unnecessary chances, and finished in a solid fourth place.

Showing the same quick form that he showed in practice, Colton Herta led an impressive 43 laps, including the one that mattered most, winning the race with an elapsed time of 01:49:10.3764 at an average speed of 91.935 mph — ahead of Josef Newgarden in second place and Scott Dixon in third. NASCAR transplant and IndyCar rookie Jimmie Johnson had a good day, advancing from his starting position of 27th to finish 17th.

“Porsche Motorsport North America, International Motor Sports Association (IMSA) and Grand Prix Association of Long Beach officials announced … that the Acura Grand Prix of Long Beach will run two rounds of the Porsche Carrera Cup North America Presented by The Cayman Islands during its April 8-10, 2022 race weekend. Porsche Carrera Cup is one of the preeminent one-make racing series in the world and sanctioned by IMSA. Every car competing in the series is identical: the road car-based Porsche 911 GT3 Cup race car, which places the emphasis on driver and team talent to win.”