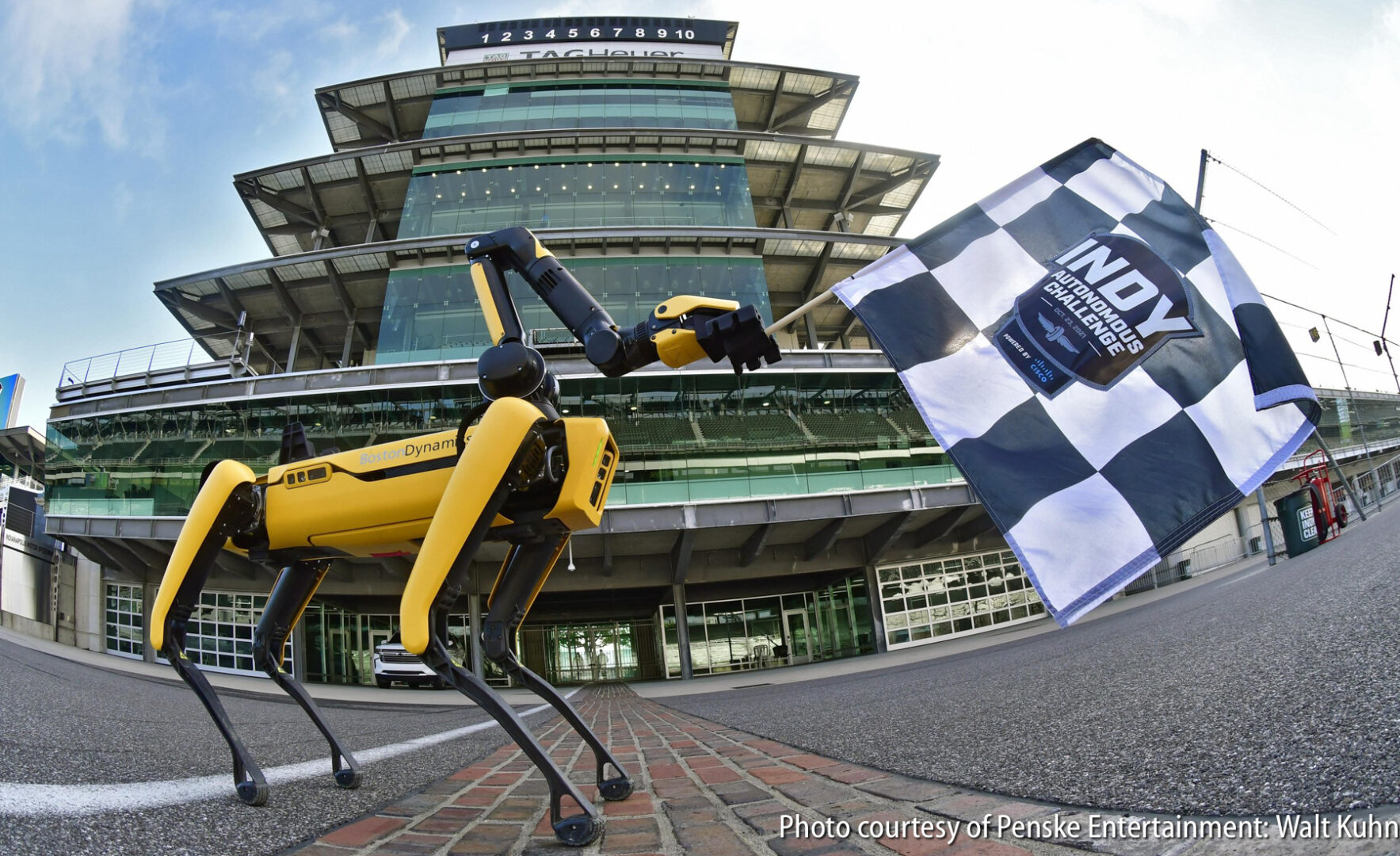 Several months ago, in “AutoMatters & More,” I previewed the Indy Autonomous Challenge (IAC). You can see that preview, complete with photos, here: automatters.net/driverless-high-speed-racing-indy-autonomous-challenge/

In that column I wrote about a press conference at CES (the Consumer Electronics Show), where “the world’s first autonomous racecar” was unveiled at the Indianapolis Motor Speedway, and we learned that “500+ university students” would be competing for 1.5-million-dollars in prize money “in the world’s first high-speed, head-to-head autonomous race at the famed IMS.” The stated goal of the IAC was to “advance technologies in driverless vehicles and motorsports.”

The “Indy Autonomous Challenge Powered by Cisco” was held this past Saturday at the Indianapolis Motor Speedway. It was exciting, although it was very different than the 50 mile, 20-lap, wheel-to-wheel race that I was expecting to see.

There were nine truly international teams competing, from 21 universities.

Their million-dollar cars were all based on the Dallara AV-21 — similar to an Indy Lights car, but highly modified for bullet-proof racing, and with autonomous systems developed individually by the competing teams. The goal with the underlying car was to make it reliable, with common car setups for all of the teams, so that the competition would be a test of their autonomous systems, using “a host of lidar, radar and optical cameras sensors, converging with screamingly quick on-board rugged-edge computing and communications, coupled with cutting-edge artificial intelligence algorithms.”

Before I go any further, I would like to acknowledge the people who have already told me that autonomous racing goes against what racing is supposed to include — drivers competing and risking their very lives behind the wheel. I get that, I really do, but this competition was intended to develop and refine the technology that can eventually be applied to autonomous street-driven vehicles — similar to the pioneering work that DARPA had done with its autonomous off-road challenge events. The premise this time around is that autonomous technology that can safely maneuver vehicles at high speeds, and enable them to stay out of trouble when (not if) the unexpected happens, will be more able to meet the challenges of street-driven vehicles than if the technology was developed at normal speeds and under more normal circumstances.

As was explained in the engaging commentary in the Twitch livestream, what these teams were trying to do is extremely difficult. It pushes the boundaries of known technology: “Motorsports really brings out the strong edge cases that you see for driverless vehicles. You’re travelling at such a fast rate that a lot of your sensors — by the time you get a new update — you’re already multiple meters ahead, and so your algorithms have to keep up.”

Rather than have a wheel-to-wheel race with all of the autonomous cars racing around the track at once, the event was more like single-car qualifying for the Indy 500.

The rules required each team to compete in a fastest lap competition that included an obstacle avoidance component.

The drama included rain, that eliminated the much-needed Friday practice day; a spin-out, and last-minute technical problems that included failure of several of the standardized, redundant GPS trackers, which caused some of the cars to get a little lost and make contact with the walls!

Each of the top three qualifiers were then supposed to have a one-car-at-a-time, two-lap, combined time shootout for the million-dollar grand prize. It all came right down to the last of the three quickest-qualifying competitors in their final timed run. After one lap their car had achieved the quickest lap. It seemed almost certain that they would win the competition, but then their car inexplicably slowed on its second lap, eliminating any chance to post the quickest two-lap average.

It was fitting that the competition was ceremoniously flagged by Boston Dynamics’ autonomous robotic dog named Spot.

If you missed this event, I suspect it was not a one-off. To learn more about the Indy Autonomous Challenge Powered by Cisco, the race cars, the teams and more, visit: www.indyautonomouschallenge.com