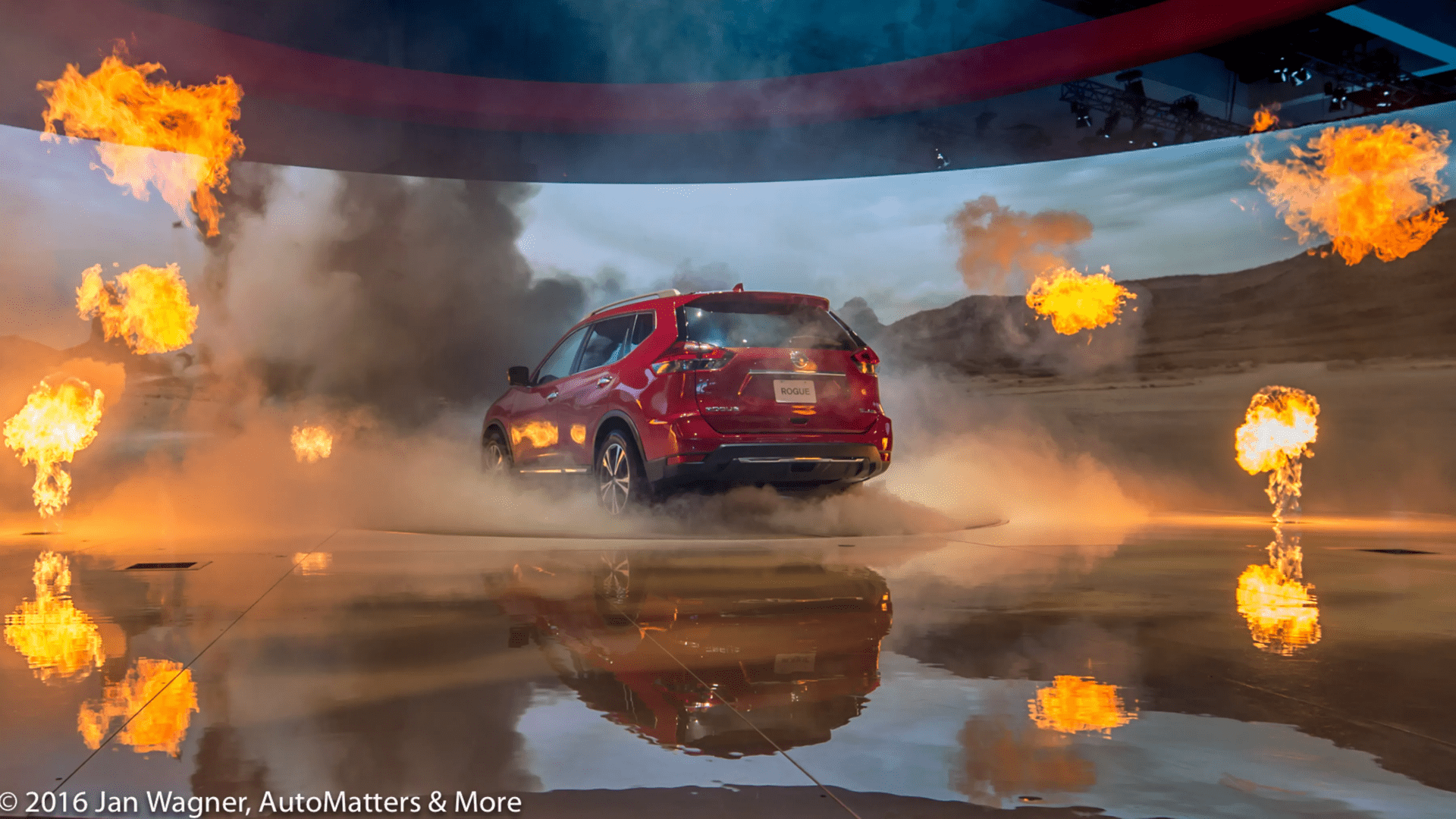 When the LA Auto Show tried to compete head-to-head for show dates with Detroit, Los Angeles kept coming up a little short. Now, with its emphasis on ‘green’ automobiles and an earlier show date, the LA Auto Show has truly come of age.

Press Days began with an intense immersion into what they call AutoMobility LA, featuring fascinating technology sessions. Of particular interest was one that was presented by McLaren. In it they spoke about their Formula 1 cars and how they utilize a common ECU for its various functions, including extensive implementation of drive by wire.

In contrast, street cars tend to use separate ECUs for their many distinct functions. These take up a lot of space and add weight. McLaren is working to their number of ECUs.

Perhaps the most mind-blowing press conference of any LA Auto Show in recent memory was over at the Nissan display. In anticipation of the opening of “Rogue One: A Star Wars Story” in theaters, Nissan and Lucasfilm dramatically revealed a 2017 Nissan Rogue compact SUV. A battle scene raged, punctuated with towering columns of flames erupting from the stage to “demonstrate the vehicle’s Intelligent Safety Shield technologies” and its ability to “take on any battle” (video at nissannews.com/en-US/nissan/usa/videos/nissan-rogue-one-star-wars-limited-edition-2017-la-auto-show). The thought that Nissan got the fire marshal to sign off on the pyrotechnics defies belief, but whatever they had to do, the positive publicity was surely well worth the effort and expense. From our vantage point at front row center photographing the spectacle, the heat was intense. The overall effect, with video projected on the backdrop, was absolutely incredible. A version of this without the pyrotechnics will be presented during the run of the show. A massive replica TIE fighter is on the show floor.

Then Storm Troopers escorted in the special STAR WARS Edition Nissan Rogue. Available only in black and white, it includes the first-ever application on a production vehicle of STAR WARS badging and logos inside and out, with an illuminated STAR WARS logo on the front doorsill kickplates. Collectors will go nuts for the gloss black, numbered, limited edition, full-size replica Death Trooper helmet. The only way to get one of those will be with the purchase of one of the vehicles. You can sign up now at www.nissanusa.com/Rogue.

At this, their first auto show, Tesla brought their mobile design center – inside an Airstream trailer, which they tow around the country with a Tesla Model X.

In a game changing move targeting millennials, Hyundai announced “Ionic Unlimited:” an all-inclusive, fixed monthly installment plan for their upcoming, all-new Ionic five-passenger, four-door sedan (electric, hybrid and plug-in hybrid). The amount of the monthly payment will be based on the term (24 or 36 months) and trim level that a customer prefers, with nothing up front. It will include traditional expenses such as doc fees and registration, as well as free scheduled maintenance – parts and labor, free wear items for the entire term, unlimited miles with no penalties for overages, and even free charging through a monthly reimbursement based on the miles you drive.

The Los Angeles auto show ran through to the end of the Thanksgiving weekend. For more information visit laautoshow.com.World Premiere of the Mercedes-Maybach S 650 Cabriolet.