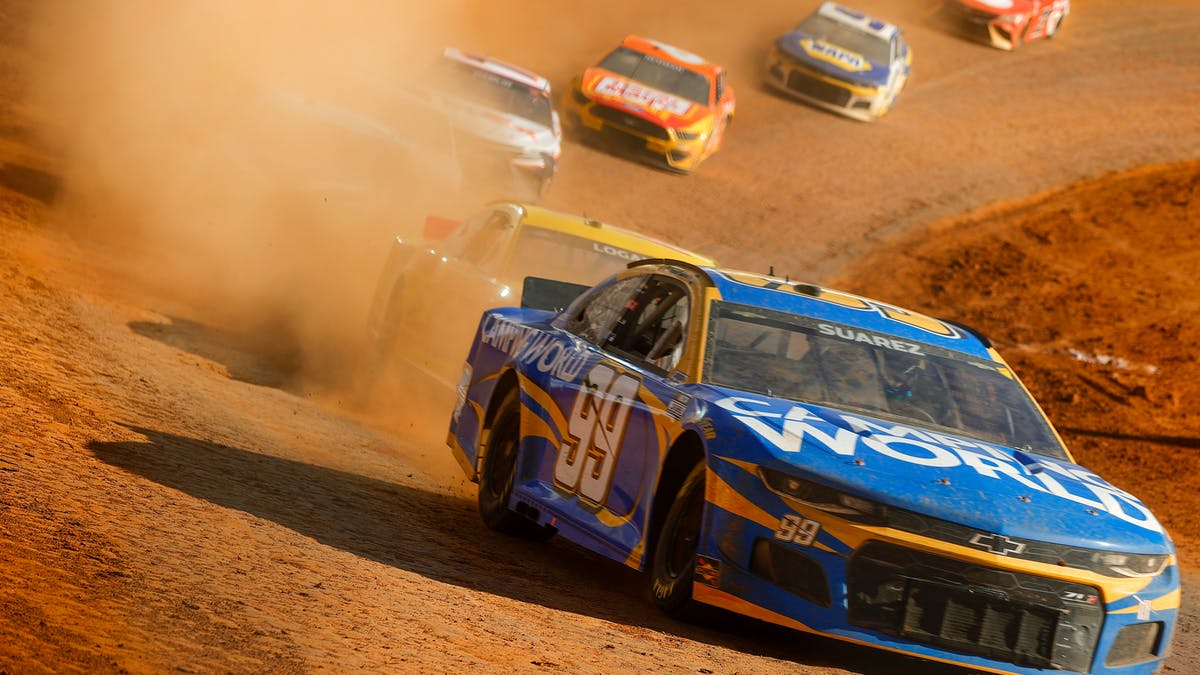 Hey, did you watch the big race on Monday? What big race you say? On Monday?

Yes, that’s right. On Monday. The NASCAR faithful among us will no doubt immediately realize that the subject of this “AutoMatters & More” was a rain-delayed NASCAR Cup Series race.

There are several situations where NASCAR’s Cup Series does not race. For instance, they do not race on superspeedways in the rain. They also have not raced on dirt for over 50 years, but that all changed this past Monday with the running of the torrentially rain-delayed NASCAR Cup Series FOOD CITY DIRT RACE at Bristol Motor Speedway.

Bristol was painstakenly transformed from the familiar paved track to a good old-fashioned dirt track. Racing on dirt is why this race was good enough for even casual NASCAR fans to seriously consider watching it flag-to-flag. For the uninitiated among us, that means from the first green flag to the race-ending checkered flag.

Let me begin by admitting that even though I always try to record, and then watch, every NASCAR Cup Series race on TV (even those that I cover live and in-person), I rarely watch televised NASCAR Cup Series races in their entirety. As much as I would like to, committing many hours every race weekend to watch, in their entirety, the multiple auto racing series that I follow would require too much of a commitment of time. I, like many of you, simply have too much else going on and competing for what little spare time I may have. While the strategy and the competitive moves of an entire race is certainly interesting to me, I do not have the luxury to routinely watch entire NASCAR Cup Series races.

So, what I end up doing when I watch the televised races is I watch some of the introductory commentary by the announcing team, followed by the beginning laps of the race, and then I fast-shuttle my DVR ahead as I scan the video for those telltale yellow alerts — the ones that tell me when and where cautions happened in the race. At each such caution I stop shuttling forward, at which time I rewind back a few laps to watch the set-up to, and the reason for, each full-course yellow. Finally, I watch at least the final ten or 20 laps, and then some post-race interviews and commentary.

I explained this to you in order to emphasize the significance of the fact that I did not do that for this particular race. The wild on-track action as the cars drifted, tails-out, bumping and banging around the track, was too unpredictable, and too exciting to miss laps. I even went so far as to watch the entire preceding NASCAR Truck Series race on dirt at Bristol, too — a race which NASCAR Cup Series competitor Joey Logano helped commentate.

After that race, Joey’s fellow commentators had challenged him to win the Bristol dirt race, just as another NASCAR Cup Series competitor/commentator had done recently. That is precisely what Joey Logano then went out and did, beating all of the experienced dirt track racers — and a few ringers — in the process, just like Martin Truex Jr. had done in the truck race (surprising even himself)!

This race presented new challenges to most of the drivers and race teams. Kyle Busch seemed like a strong candidate for the race win early on, but soon he found himself a lap down due to an overheated engine. The air intake is supposed to provide cooling air to the engine, but his quickly got covered with thick, wet dirt. That same dirt, combined with the lowering angle of the sun and the clouds of rising dust, also seriously impaired the drivers’ ability to see. That was responsible for some of the many crashes and caution periods.

The race was broken up into several sections of 50 laps — not that the racing stayed under green that long.

Fans got some welcome news. There will be another dirt race at Bristol Motor Speedway in Spring 2022. I cannot wait! I’ll bet Martin Truex Jr. and Joey Logano would like even more dirt races. How about racing on the beach again at Daytona?! You’ve got to love this!