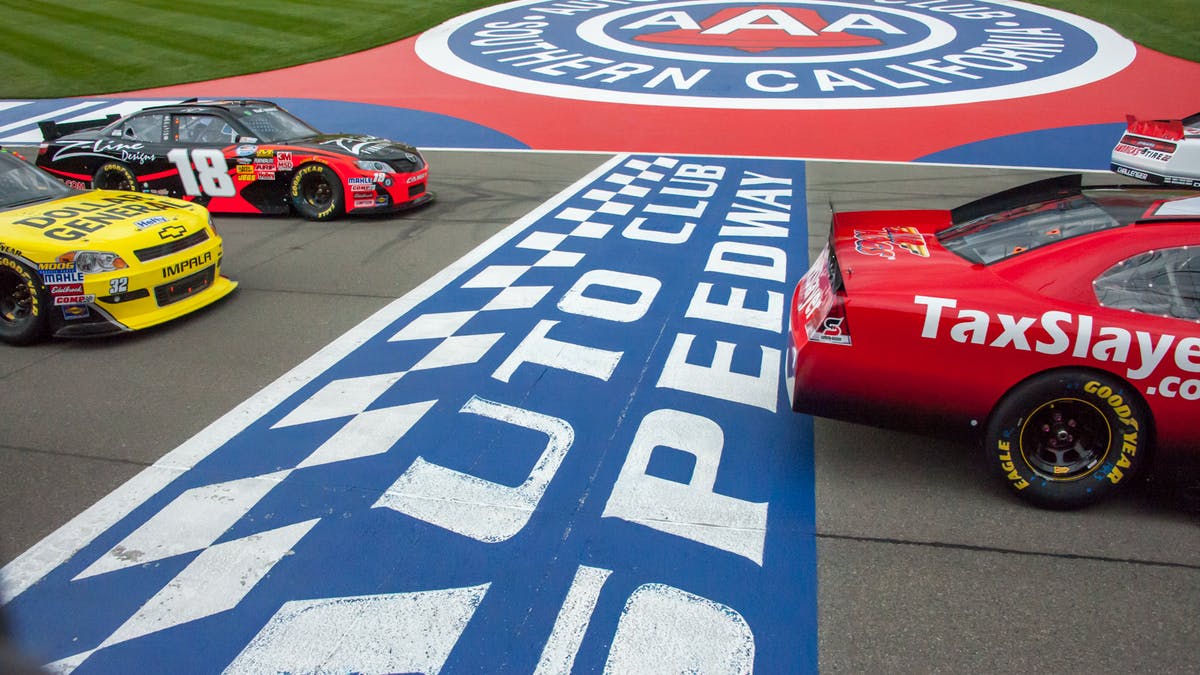 A​ fond look back, before it all changes

Auto Club Speedway, in Fontana, California, is scheduled to undergo a major redevelopment project, including reconfiguration of the superspeedway into a high-banked short track. In anticipation of that, and of racing returning to California after the coronavirus pandemic runs its course, this seems like a good time to look back at the history of this speedway.

Originally named “California Speedway” — a name that some people still refer to it by — Auto Club Speedway is a two-mile, wide and fast, low-banked, D-shaped, oval superspeedway. It is located on the abandoned and badly deteriorating site of the former Kaiser Steel Mill, which is an interesting story in itself.

According to a Nov. 27, 1995 story in the Los Angeles Times, the 475-acre site was so badly run-down that Les Richter, the new track’s project manager, reportedly said: “Well, I can tell you this. It was used to shoot the TV movie ‘Hiroshima’ — and it didn’t need any help.” The story went on to say that “demolition could not begin until 13 acres that required special environmental remediation were cleansed and approved by the state’s Department of Toxic Substances Control.” The site was toxic.

Construction of California Speedway began in 1995, and was completed in 1996. It was originally a Penske Speedways track. It was, and remains, a world-class motorsports facility.

In addition to the oval track, the facility also includes a road course and Auto Club Dragway.

Prior to COVID-19 — and hopefully soon after that becomes a sad memory — it hosted over 320 days of track activity each year, including the NASCAR Cup Series Auto Club 400 weekend.

A major part of motorsports is their social impact. Motorsports can be and are enjoyed by entire families. State Senator Connie M. Leyva, of the 20th District, said (as reported in that same news release): “As a longtime resident of the Inland Empire, I know that Auto Club Speedway has created many fond memories for countless families — including my own — over the years.”

The Speedway improves the quality of life through community outreach programs, including Lefty’s Reading Challenge, fund drives and charitable donations.

On Lefty’s Track Day, members of the public have driven their personal vehicles on the oval.

Auto Club Speedway is enormous. It is enclosed by an astounding 17 miles of fencing. Its buildings are 739,000 square feet in area. Total seating capacity, including the main grandstand and the skyboxes, is 122,000.

Auto Club Speedway has witnessed significant changes over the years. Perhaps most noticed and still lamented by race fans was the demolition in 2013 — reportedly due to irreparable safety issues — of the speedway’s historic, 100-foot water tower from the Kaiser Steel days.

Due to the extended duration of the coronavirus pandemic, the NASCAR race weekend scheduled for 2021 at Auto Club Speedway was realigned to the Daytona road course. No NASCAR weekend will take place at Auto Club Speedway in 2021. Instead, the next NASCAR weekend there will be in 2022. According to a Dec. 2020 press release from the track, all customers who purchased tickets to the 2021 race weekend will automatically be moved to the 2022 race weekend. Furthermore, the decision was made to delay the superspeedway’s reconfiguration into a high-banked short track until after that event.

For more information about Auto Club Raceway and upcoming events, visit their website at: www.autoclubspeedway.com