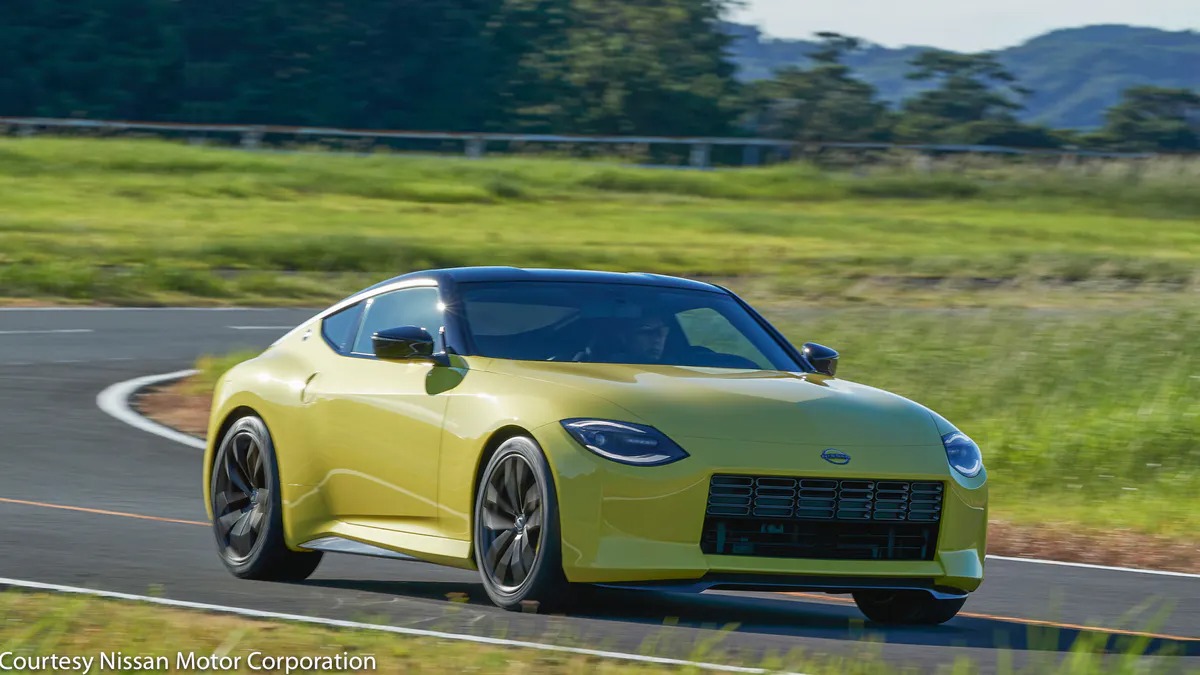 A​ recognizable successor to the iconic Datsun 240Z

As new Zs have been introduced over the years, I have been longing for a worthy spiritual successor to the Datsun 240Z. Its styling was timeless and its performance exhilarating, yet it was also economical, affordable, practical, and reliable.

Certainly, the overall power and performance of Zs has increased dramatically over the decades since the 240Z, yet these newer Zs did not really possess that classic, unmistakable 240Z look — the look that could let you tell at a glance that it was related to the iconic original. I am very pleased to tell you that the long wait for such a car is finally over.

Live, online from the Nissan Pavilion in Yokohama, Japan, the bright yellow pearlescent Nissan Z Proto has officially been revealed to the world.

Even though this car is a prototype, we were assured by Nissan that it is nearly in its production-ready form.

Think of the Nissan Z Proto as an evolution of the iconic Datsun 240Z – a sports car that still looks and drives great today, 50 years after its introduction. It was an sports car that was inspired by expensive European sports cars, and yet it sold in large numbers at an affordable price. We were reminded that Nissan did not make the 240Z an icon — generations of Z faithful did.

The Nissan Z Proto is visually similar to the 240Z but it is thoroughly modern, just as the 240Z was, back in its day so long ago. There are strong visual reminders of that car, as well as later generations of Zs. It is both familiar and yet overall it is unique unto itself – both in terms of how it looks and surely how it will drive. It is a new, modern sports car that is intended to appeal to Z enthusiasts old and new, for years to come.

The Nissan Z Proto may well represent the best of all worlds, a blending of old and new. It successfully captures the look of the original 240Z – most noticeable in the sloping roofline that gracefully flows from the long hood to the short rear deck.

That difference was intentional since this all-new Z is intended to be reminiscent of multiple generations of Zs, adding the latest in high performance, modern technology, and safety standards requirements with an eye towards the future.

It was nice to see a familiar three-binnacle instrument housing atop the center of the dash, reminiscent of the 240Z.

Contrasting nicely with the predominantly black interior are the contrasting yellow stitching on the instrument panel and yellow piping on the seats. “All vital information is found in the 12.3-inch digital meter display and arranged to help the driver grasp it at a glance, such as the redline shift point at the twelve o’clock position.”

Power for the Z Proto is provided by a V6 turbocharged engine. True to its sports car heritage, it has a 6-speed manual transmission. An automatic is under development.

The original 240Z embodied the essence of a sports car. There were no unnecessary additional details that might visually clutter and detract from its pure design. To the new Z has been added a traditional Japanese Samurai “Katana sword” treatment above the side windows, running the length of the car’s roof. I’ll leave it up to you to decide if you agree with that decision or if that is somewhat of an unnecessary distraction.

The new car’s clear-covered headlights are a modern nod to the similarly covered headlights of the 240ZG from the early 1970s and the optionally available G-nose kit. You also have to love the much wider tires. This car clearly means business in today’s world of high performance sports cars.

To see the hour-long event for yourself, and to learn more about the Nissan Z Proto, go to www.thenissannext.com/en/z-proto.html