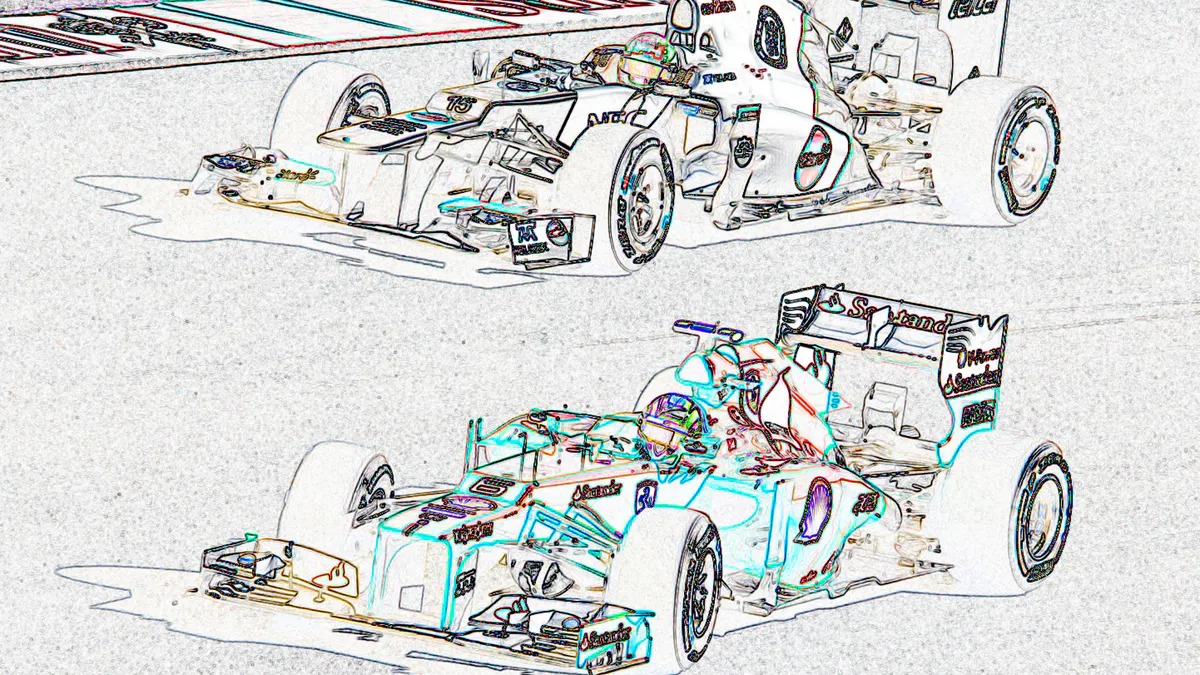 AT LAST, A TRULY EXCITING AND UNPREDICTABLE FORMULA 1 RACE

Did you watch the Formula One Italian Grand Prix at historic Monza this past weekend? If so, you saw the most exciting Formula One race in years, and what a Cinderella story it was!

It began as most F-1 races have begun this year. It was almost a given that this race would be won by a Mercedes – probably that of Championship-leading Lewis Hamilton, or perhaps by one of this year’s other leading teams: Red Bull Racing/Honda, McLaren/Renault or even Racing Point (campaigning their 2019-lookalike ‘pink Mercedes’). Remember that only a Mercedes, Red Bull, or Ferrari has won an F-1 race in many years and that Ferrari’s current car is a disaster.

At the start of the race, pole-sitter Lewis Hamilton took a decisive, commanding lead in his Mercedes. He ran away from the field. Teammate Bottas had a poor start and was never a contender.

The day before, Sebastian Vettel had been blocked in a Q1 qualifying traffic jam, relegating him to start the race in 17th position. Then, early in the race, his Ferrari suffered a rare and catastrophic rear brake failure. He exited the track in a runoff area, crashed through several foam advertising barriers, and then limped back to the pits, calling it a day.

Next, Kevin Magnussen’s Ferrari-powered Haas stopped trackside, due to a power unit failure. Since he was near the entrance to pit lane, his car was pushed back there. For safety, while that was being done, pit lane was closed, setting in motion a bizarre sequence of events that would turn the rest of the race on its head.

Trackside signs with illuminated pairs of red X’s clearly indicated that the pit lane was closed, but race leader Lewis Hamilton did not see them. Instead, he was focused on responding to his team’s instruction to pit for a tire change, to take advantage of the caution. He entered pit lane and got his new tires, but was issued a ten-second stop & go penalty for entering the pits when they were closed.

His penalty would soon prove to be disastrous because, shortly after racing resumed, Charles Leclerc made a serious, uncharacteristic mistake in his ill-handling Ferrari, which resulted in a spectacular, high-speed collision into the barriers at the exit of Parabolica. He was okay but the race was red-flagged to repair the tire wall, after which there was a rare second standing start.

Essentially what followed was a new, albeit shortened race, and with a very different starting order. After racing resumed, Hamilton had to return to the pits to serve his penalty. When he rejoined the race, he was well behind everyone. That sealed his fate.

Race fans were treated to a superb display of driving by AlphaTauri’s Pierre Gasly, at the front of the field. In the closing laps, he defended against hard-charging Carlos Sainz in his McLaren/Renault to take the checkered flag. Lance Stroll, in his Racing Point/Mercedes, completed a very unlikely podium of three young drivers representing teams that have been trying unsuccessfully to win a Formula One race for years.

Hamilton had done his best, slicing back through the field to a seventh-place finish.

This victory was especially sweet for the Italian fans gathered in front of their T.V. sets to watch their home Grand Prix, since the AlphaTauri/Honda team is based in Italy. Who would have thought, given Ferrari’s miserable season, that an Italian team would nevertheless emerge victorious?

For Gasly, it was a storybook moment in his turbulent F-1 career and the first time that a French driver has won a Formula One race since Olivier Panis in 1996. Several of Gasly’s rival drivers and teams rushed over to congratulate him. It was truly a popular win.

Later, after the podium ceremony, a stunned Pierre Gasly sat on the podium by himself, contemplating the enormity of what had just happened. His life will be changed forever for the better, and deservedly so.

The reorganization of the grid for the restart turned this into an action-packed, dramatic race. For 2021, Formula One has been considering inverting the starts with a reverse grid, to shake things up and make more or less predetermined race finishes less likely. Let’s hope that they do.

Posted in 2020, Formula One, Motorsport