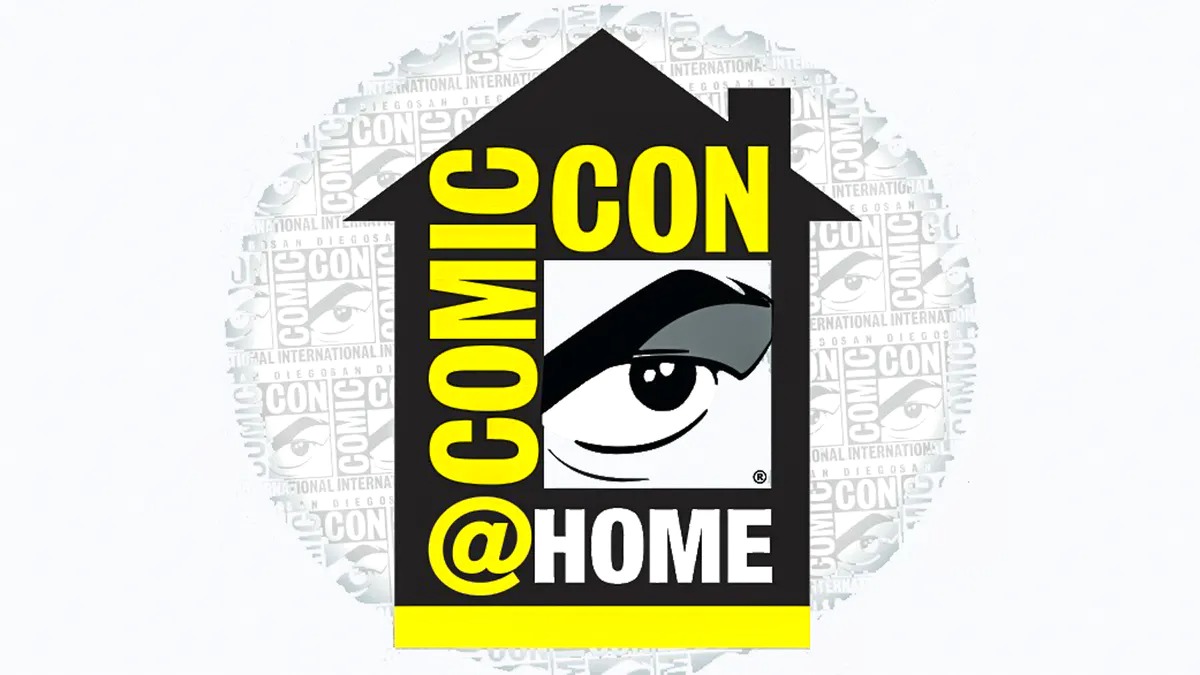 San Diego Comic-Con was held online this year, due to the coronavirus pandemic. Comic-Con@Home was a success, thanks to the tremendous group efforts by the organizers, workers, presenters, vendors, and visitors.

There was certainly plenty to see and do. In some significant respects, it was actually better than the in-person version. This year’s Comic-Con was free for all, and accessible world-wide at the website: comic-con.org/cci/2020/athome

The many free downloads included: Comic-Con@Home name badges (I put mine in my badge holder from last year)…

In lieu of the complimentary snacks ordinarily found in the Comic-Con hospitality suite, there were favorite Comic-Con recipes so that we could make our own snacks!

Since much was available on-demand after its initial release, we were pretty much free to enjoy Comic-Con@Home at our own convenience, day or night. Travel was unnecessary, since everything was accessible online, from wherever we were. Much still remains available.

There were many, many interesting and informative panels to watch, and unlike at the physical Comic-Con, where they were limited by the size of the ballrooms and meeting rooms, this year there was no limit whatsoever on attendance – and everyone got a front-row seat! I watched many panels as on-demand YouTube videos.

… and a lively discussion about “Star Trek: Picard”…

Another panel, entitled “Back to the Moon and Beyond with NASA,” was enthusiastically moderated by Star Trek’s William Shatner (Captain Kirk). Panelists discussed our plans to return humans to the Moon in 2024 and hope to travel to Mars in 2028 (see NASA.gov/Artemis).

Mattel was co-founded by Elliot and Ruth Handler in 1945.

75 years since Mattel’s founding, Hot Wheels produces about 500,000,000 (half a billion) diecast vehicles per year, including basics, premiums, monster trucks, and character cars.

​Elliot Handler bobblehead from my Hot Wheels collection, plus a Star Wars Comic-Con exclusive from an earlier year

“​TWIN MILL” — ONE OF THE THREE INNOVATIVE HOT WHEELS LEGENDS CARS FROM MY COLLECTION:

Legends tech: a​ tape plays narration as, on cue, the roof opens, the engine starts, the car shakes, the lights turn on, and more.

I met Bryan at Comic-Con in 2014, where Hot Wheels displayed a life-size version of their Darth Vader car (see AutoMatters & More #344).

Later, in the “Mattel Creations: Designing Pop Culture” panel, we learned about the Mattel replica of the Barbasol shaving cream can/cryogenics canister that was used to try to smuggle dinosaur embryos out of Jurassic Park.

As of today, the panels are still available for viewing. Click on the “PROGRAMMING” link at comic-con.org/cci/2020/athome

​Panel: The Fleet Science Center Celebrates: Agents of S.H.I.E.L.D. — The Stories and Science of Androids, Space Travel, and Aliens

Free swag and giveaways were available, just like at the physical Comic-Con – either by digital download or to be mailed free of charge.

A​t LEGO we were invited to make our own comic book. The first 10,000 would have them mailed. The rest of us got digital downloads. I was not even in the first 10,000 people. Wow, this was popular.

We could have our picture taken with ‘The Child’ from “The Mandalorian,” courtesy of longtime San Diego Comic-Con exhibitors “Sideshow Collectables” and Lucasfilm.

In the virtual Exhibit Hall of the San Diego Convention Center, collectibles were on sale – many of them exclusive to Comic-Con@Home. Some sold out in only a few minutes since people from all over the world were trying to buy them. I missed out on the Hot Wheels that I wanted, so instead, I ordered a 60s Star Trek automobile sunshade from vendor TOYNK’s website. It shows Captain Kirk behind the steering wheel, with Mr. Spock riding shotgun!

A​pparently, these and many other very cool collectibles sold out in minutes and many of them quickly ended up on eBay at much higher prices. Is there any way to limit sales to collectors and not profiteers?

A​ sun shade for my car!

On Saturday, I checked out the competitors in the annual Masquerade costume competition. For a change, all views from the audience were unobstructed and up-close. Many entrants were pictured outdoors in videos, and still, photos showed details of their costume-making process. Fan favorites Phil Foglio and his son were the co-masters of ceremonies.

Hopefully, Comic-Con will return to downtown San Diego next year, along with innovations learned at this year’s Comic-Con@Home. In a post-event press release, Comic-Con spokesman David Glanzer said: “It has long been our hope to have some of our content online. Until now it’s been a little haphazard, but hopefully, in the future, more programs will be able to live online indefinitely for people to view at their leisure.”