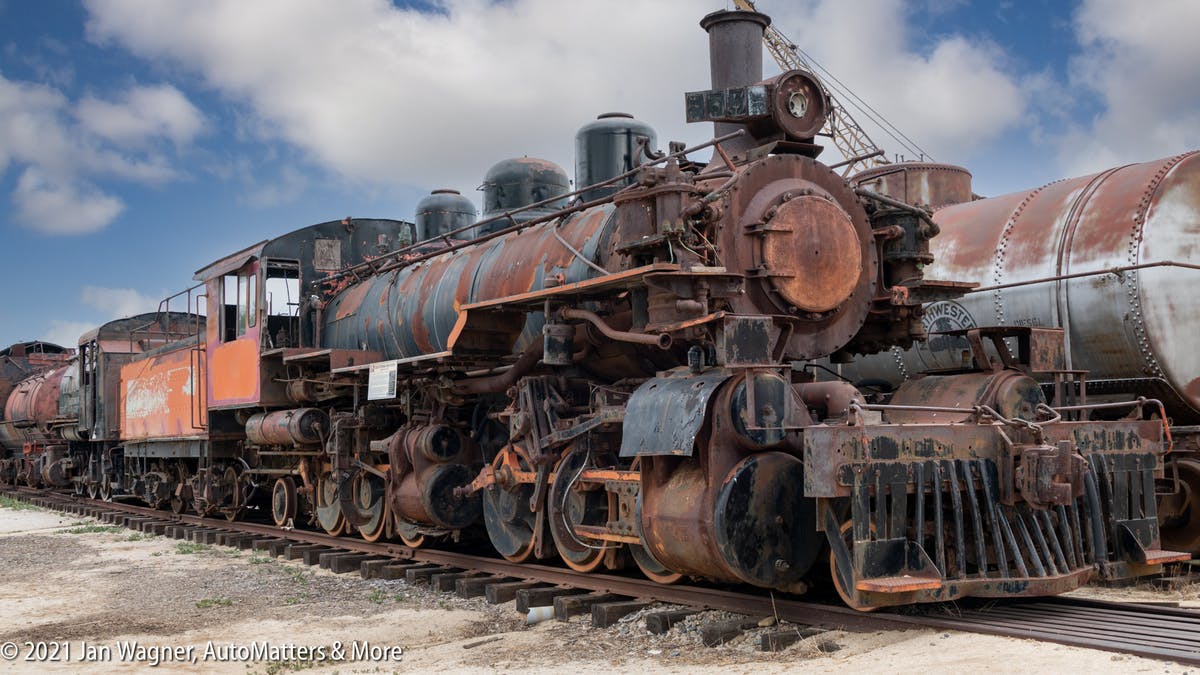 RIDE THE RAILS AT THE PACIFIC SOUTHWEST RAILWAY MUSEUM IN CAMPO, CALIFORNIA

This museum is rich with indoor and outdoor railroad exhibits, rolling stock and equipment, a library and more…

… including a brand new, educational, operating mine train exhibit that is nearly complete.

Knowledgeable volunteers staff the museum, restore the trains and operate them too. They know the history and that of the area well — knowledge that they clearly enjoy sharing with visitors.

Your trip back in time will begin when you arrive at the historic 1917 Campo Depot. Be sure to pick up a guide book.

From there you can either take a self-guided tour around the museum property, or show your ticket to the conductor and board the train.

As you relax in your gently rocking vintage railroad car and enjoy the panoramic views out of the large windows, professional narration will share with you interesting historical information about the area and its early inhabitants: ranchers, homesteaders, and Kumeyaay and Diegueño native Indians. Anecdotes will convey to you a sense of how they lived, worked, survived and thrived in the American West.

On your journey you will be very close to the international border with Mexico — close enough to see some of the long border fence that has been in the news.

This is where the Pacific Crest Trail begins, stretching all the way north to Canada.

Back at the station, refer to your guide book as you explore.

Look up the hill from the Campo Depot and you’ll see the last remaining horse stable from the cavalry’s Camp Lockett, which was established in 1941. During World War II, Camp Lockett was used for a convalescent hospital and it housed Italian prisoners of war.

From the Depot, take a short walk to the section house where the workers lived who repaired the rail, drove spikes, changed out ties, pulled weeds and tightened nuts to maintain the line.

From there, continue walking to the Display Building. Inside it is full of informative exhibits. Be sure to read the display boards.

Looming large in the Display Building is the Southern Pacific Steam Locomotive 2253. Built in Philadelphia in 1912, it weighs 104 tons loaded.

Also inside the Display Building is a restored Railway Post Office car, from a period of about 100 years when trains were instrumental in transporting the U.S. Mail across the country. This car, which was owned and operated by the Santa Fe Railway, was built by Pullman in 1927. Inside it, U.S. Postal Service employees — armed with sidearms to deter robbers — sorted the mail. Its ten-year restoration was performed by volunteers. In 2003, the Association of Railway Museums named it that year’s finest railway car restoration.

Another vintage car inside the Display Building was restored as a segregated “Jim Crow” passenger car: a 1930s – 1940s combination passenger and baggage car, complying with Texas laws separating black from white passengers.

Other exhibits include a 1931 fire truck that was modified to operate on railroad tracks.

One of the many sign boards tells us of an incredible record that will likely never be broken. In 1869 a squad of Irish and Chinese workers laid ten miles of track in just one day!

Outside, on the far side of the Display Building, are various locomotives and assorted cars. You’ll want to give yourself plenty of time to look at these.

Before you leave, be sure to check out the well-stocked gift shop.

The Pacific Southwest Railway Museum is conveniently located 50 miles east of San Diego, California, just a short distance from the I-8 freeway in Campo. An entertaining alternative route along a twisty two-lane highway is via CA-94 (Campo Road).

For more information, including the museum’s hours of operation and admission pricing, to see a video that includes the vintage train ride, and to take a 360-degree virtual tour, visit the Pacific Southwest Railway Museum at www.psrm.org