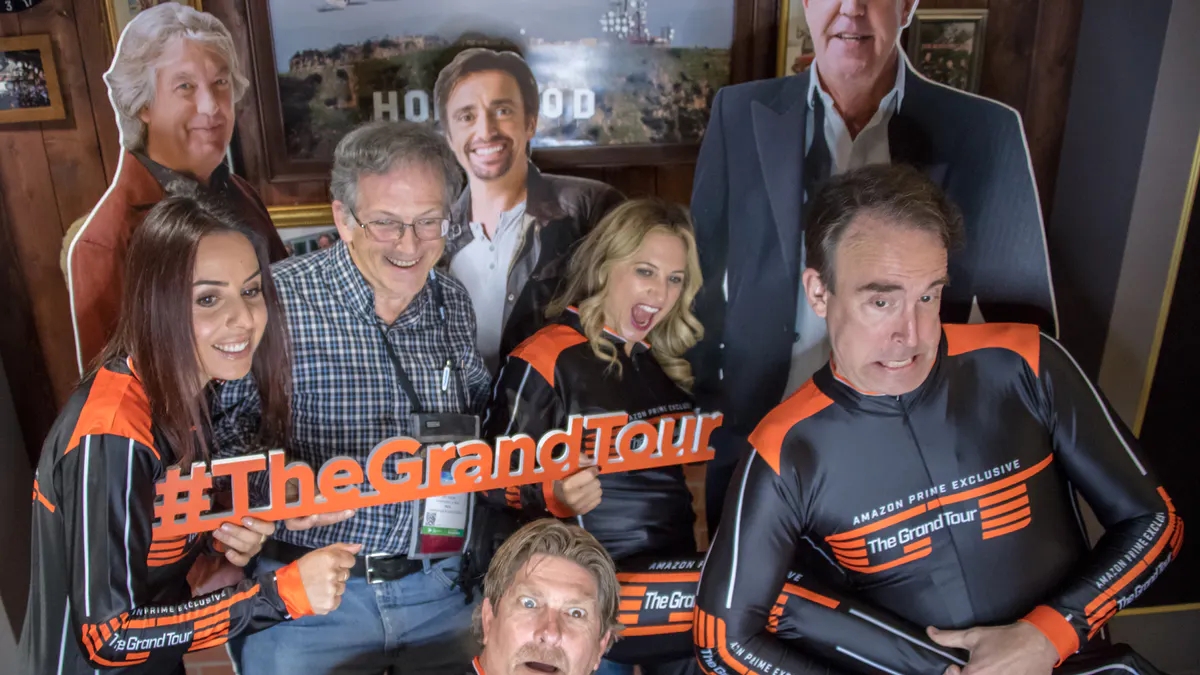 
I will be closing this week’s installment of “AutoMatters & More” with “The Grand Tour,” but first let’s take our own grand tour of the Main Street America Car Show, and be sure to watch this week’s online video. I think that you’ll enjoy it!

San Diego’s Embarcadero is the place for car shows. The setting is picture perfect, on the grass by the waterfront.


Look the other way, across the water, and you’ll see the majestic Coronado Bay Bridge and Coronado.


In between, on this warm summer day in August, were beautiful cars and trucks of all makes and models taking part in the annual Main Street America Car Show.

Hosted by the Corvette Owners Club of San Diego, this year’s charity fundraiser was in support of the San Diego Center for the Blind. To raise money, in addition to the entry fees there was a huge raffle.


A great time was had by all.

After years of resisting the temptation to subscribe to yet another pay T.V. service, I finally was overcome by the urge to watch ‘the boys’ from “Top Gear” on the BBC in their ‘new’ show – “The Grand Tour,” on Amazon Prime Video. Prior to the past month, I had only watched the first episode of the three seasons of “The Grand Tour.” As much as I wanted to watch the rest, on principle I would not allow myself the luxury of spending more money to watch T.V. shows. I was already paying my cable company close to $200 per month for cable T.V. and internet, so that I could watch most of my favorite programs and car racing (predominantly Formula 1, IndyCar and NASCAR). I can only make so much time to watch, yet somehow, in the past very busy month, I managed to find enough time to binge watch all three seasons of “The Grand Tour,” finally taking advantage of the free 30-day trial of Amazon Prime.

Amazon, your clever ploy worked. Yesterday I agreed to your offer of a one-year, automatically recurring, discounted membership and, more importantly, the promised fourth season of “The Grand Tour” – albeit with a new, specials-only format.


“The Grand Tour” really reached its stride in its third season. I wish it could have continued in that format, but sadly nothing in life is forever. Forgive me if I mix seasons but having binge-watched all three, they are sort of running together in my aging mind. Jeremy, I feel your pain regarding the onset of our senior years. With the decreased energy level, aches and pains that it inevitably brings, it is hard to keep as active at 65 (in my case, less for you) as it was when we were much younger. Richard, I admire your newfound efforts to not crash cars, and James, you are no longer Captain Slow!

The new track was brilliant, as much for the names of the sections as for the track itself. Every time I heard Jeremy describe the cars passing through the “isn’t” straight I chuckled. It was fun watching the celebrities try to set a fast time, with varying results, as was watching the professional driver push cars to their limits, so that their times could be posted on the comparison board back in the tent.

The away portions of the show were my most favorite, and the new specials-only format will retain that. Another favorite was “Conversation Street,” which always began with the presenters in stark black silhouette against a white background, as they did something silly or flat-out outrageous. I will miss that very much.

I also enjoyed the one-to-one interactions with the studio audience. There really was no compelling need to move the tent around the world.

Which was your favorite episode from the first three seasons of “The Grand Tour”? For me, while the final episode was especially poignant, I think my favorite was the one featuring John, the four-by-four. If ever there was to be one vehicle with which to try to survive the apocalypse, that has to be it. Long live John! And on that happy note, Goodbye!