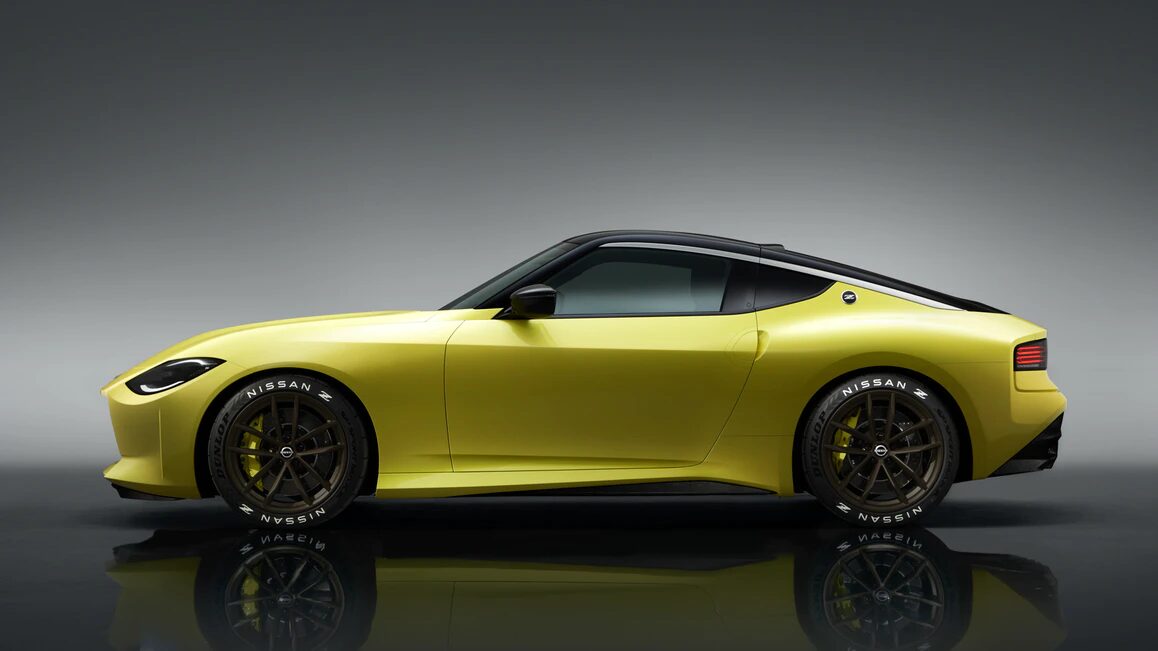 A year ago, when I reviewed Nissan Z: 50 Years of Exhilarating Performance by Pete Evanow (see AutoMatters & More #653: automatters.net/review-nissan-z-50-years-of-exhilarating-performance/), something hugely important was missing. There was a new Z on the horizon, but that story was not quite ready to be told.

Questions were raised amidst heightened speculation: “What are … those in-the-know saying about the Z’s next 50 years? Enthusiasts and industry experts have commented on, predicted, and prayed for a future Z. Many have weighed in on a possible electric Z, a new engine upgrade that will earn the car a 400Z identity or another possible designation, including a mid-engine version. Given the mad rush to all things CUV- and SUV-based, at the expense of sedans in particular, could an extension of the Z brand develop into a sporty people- and package-hauler?”

“Will Nissan upgrade both the car’s name and performance level for its next model? What will the powerplant choices become? Whatever the answer, it must follow the parameters of the heritage bestowed to the 370Z and its predecessors.”

In September, 2020 the Z Proto launched, in a live reveal from Japan. It is gorgeous.

Accordingly, new material about the Z Proto was added to the revised and updated Second Edition of the “best-selling” Nissan Z: 50 Years of Exhilarating Performance by Pete Evanow, “perfectly timed to coincide with the August 17 launch of the new Nissan Z.” The book’s press release goes on to say that “this is the Nissan-official chronicle of Z history, from Datsun’s planning for the new model in the late 1960s through the latest 50th anniversary Nissan 370Z and, now, the all-new Z-car.”

Through words and behind-the-scenes photos, we are introduced to the Z Proto. We learn that “it incorporates features and design cues from previous Zs, including the 240Z and the 300ZX, from which the Z Proto derives its rear appearance.”

Alfonso Albaisa, Senior Vice President, Nissan Global Design, tells us: “Nissan’s technology is all about being lightweight and performance-driven. This started with the 240Z.”

“Our predecessors in design recognized that the E-Type and 911 were very expensive, and so along came the Z that bore some similarities and offered very credible performance, and suddenly, it belonged to this group, but even better, it was accessible and affordable to so many other buyers. If you make things that people don’t think they can own, and then realize they can, that transforms them. And the Z made a lot of drivers our customers.” That includes me!

He went on to say: “More than a million and a half Zs are still on the road. The car has touched so many people—it is not purely about the progress of the Z but about the car’s relationship with people. Designing the Z Proto is a once-in-a-lifetime opportunity.”

Nissan CEO Makoto Uchida, in his introduction of the Z Proto, said that “the Z is in everything we do. It combines aerodynamics and rigidity and that adds up to the look, feel, and power that is the essence of the Z—agile, poised, ready for action.”

“In addition to a complete history of the Z, this handsomely illustrated book examines the car’s significant racing history with successes in IMSA and SCCA sports car racing, including extensive racing by Paul Newman for Bob Sharp and John Morton with Brock Racing Enterprises. Special attention is devoted to the cult of Z-fans around the world who have supported Nissan’s sports car through thick and thin and the early car’s emergence as a rapidly appreciating collector car.”

The Second Edition of Nissan Z: 50 Years of Exhilarating Performance does not replace the First. Rather, my side-by-side comparison revealed that Chapter 10 has been substantially rewritten with new material. Since the total number of pages remains the same, interesting content from the First Edition appears to have been removed.

The Second Edition of Nissan Z: 50 Years of Exhilarating Performance is available now, from your favorite booksellers. Look for “INCLUDES NEW Z PROTO STORY” in the upper right-hand corner of the book’s dust jacket.