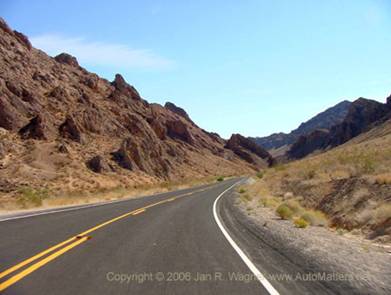 100 automotive columns – can you believe it? I certainly can’t. It doesn’t seem that long ago that the year was 2002 and I was at home reading the Del Mar Times at my breakfast table. I remember reading an automotive column in the paper and becoming motivated to write a letter to the editor about it. Little did I know that letter would lead to more writing, much more writing – 100 columns of writing, to be precise.

Centennials are a big deal. Last year the Ford Motor Company threw a wonderful, year-long celebration for its hundredth anniversary. Television series sometimes commemorate the milestone with a special hundredth episode. So, as I approached my hundredth column I could not, would not let the occasion pass without some reflection of my own. I hope you’ll find this column especially interesting.

Anyway, as I started to say, some time before writing column #1 I was sitting at my home reading an automotive column in the Del Mar Times. Long a car nut, I was naturally drawn to the subject of things automotive in whatever I read, so the fact that I chose to read an automotive column in the Del Mar Times is not surprising. While I do not remember what this particular column was about, I do remember that it was nationally syndicated from a major car magazine. I have no recollection of finishing it.

The important thing to note here was that the column was so long, so technical and so dry that even I, an automobile enthusiast from way back, found it difficult to read it to its end. As much as I like reading about automobiles, reading that column was way too much work.

So it was that I felt compelled, then and there, to write a letter to the editor expressing the opinion that the paper’s readers would probably be much more interested in lighter material. The column seemed too long and too technical. I suggested that I could do a better job.

To prove my writing ability and experience, I explained that even though I had never actually written a newspaper column, I had written professionally for many years. My work had ranged from interactive automotive content for a major automobile manufacturer’s Website to sales brochures, hundreds of television commercials to chapters in automotive technical manuals, computer-based training to scripts for automotive training videos, news stories for television to – well, I’m sure you get the idea, right?

Writing hundreds of television commercials had been a particularly effective means to develop my ability to quickly attract the attention of audiences and then keep it. I especially loved the subject matter of automobiles. I thought I would be a good fit.

Somewhat to my surprise the editor agreed and actually responded to my suggestion with an offer. He told me that if I would commit to writing an automotive column for his newspaper each and every week, then he would let me try. Well, I’m happy to say that our experiment worked. I’m up to my hundredth column and there is no end in sight.

This has truly been a work in progress. Much has changed since I wrote that first column, not the least of which is the column’s name. Since I am a car nut I had decided to call my automotive column “The Car Nut.” That worked just fine for a while, until I started to travel to get material for my columns. Then, as chance would have it, one day while I was covering a great out-of-town event hosted by the Ford Motor Company, I found myself in a conversation with one of the other automotive journalists. To my surprise I learned that he, like me at the time, also wrote under the name “Car Nut.” He explained to me that he had been known by that name for several years. He politely asked me to change the name of my column to something else. Without a fuss I agreed to do so.

I saw this as an opportunity rather than as a setback. I had made an honest mistake in using his name and had no wish to take advantage of his hard-earned reputation in our industry. So, I took this opportunity to create a new word – one that no one else was likely to be using. Of course it also needed to sound automotive. I came up with “AutoMatters.” Fortunately I have still not seen that name in use by anyone else, so it looks like it will be a keeper.

(2021 NOTE FROM JAN: I eventually changed my column’s name, yet again, to “AutoMatters & More” — to reflect its greatly expanded variety of content. My older columns have been changed to reflect that name change).

Something else that has changed is the column itself. At first it was just text on a page – several pages, actually. Typically my column wended its way through the newspaper, a little bit here, a little bit there, spread over several pages – probably wherever they had room to put it. One week they didn’t have room for it at all and despite the fact that it was written and ready to go, my column got bumped. Ouch.

Early on I decided to take photographs to go along with my columns. I’ve enjoyed photography as a hobby since the sixties. Over the years I developed my skill with a Kodak Instamatic 100, a Polaroid and several 35 mm cameras. I still have the Nikon F2AS that I bought in 1978. It was built to last and looks like new. I hardly ever use it anymore, having transitioned to digital a few years ago. The convenience and the ability to see whether I had usable images on the spot were lures that I could not resist.

My Sony digital camera made it difficult to photograph action subjects like cars racing. The camera took decent pictures but it was very slow. For example, to get a shot of a racecar speeding along a track, first I had to pre-focus on the spot where I predicted that the car would eventually be, then I had to find the rapidly approaching car and pan with it, and finally press the shutter button a significant amount of time before the car got to the spot – to allow time for the slow electronics to expose the image sensor and record the image on the built-in mini CD. It was quite gratifying that I still was able to get some decent action shots, despite this handicap.

At first the newspaper printed most of my pictures in black & white. While this was somewhat disappointing, their presence was still a major improvement over no pictures at all. Then they started to let some color photos creep in to the mix. Eventually they printed them all in color. About the same time the paper started giving my column its own dedicated page.

I recently upgraded to a new Nikon digital camera with several interchangeable lenses. This camera is much more able to take pictures of fast-moving objects such as racecars. It also looks more like a professional’s camera.

The newspaper changed editors once. I work well with the new one too.

I like to think that the quality of my writing has improved somewhat with experience and feedback. As with most skills, regular practice helps.

Vendors are increasingly interested in having their goods and services reviewed in my columns. To make it easier and more affordable for me to do so, they or their representatives sometimes invite me to automotive-related events as their guest, or provide me with goods and services to review. I then share these experiences with you through my words and my photographs.

I joined two organizations for automotive journalists. The credentials have opened doors for me and the members share my strong interest in the automotive industry.

What does the future hold for AutoMatters & More? Well, I hope that my column will soon appear in more publications – and not just in newspapers but in magazines, too. While it would be great to be in a dedicated car magazine, it could provide welcome variety in non-automotive magazines as well. Perhaps someday when you’re relaxing in your airplane seat you’ll open up the in-flight magazine and discover AutoMatters & More inside. That will not happen by itself.

While I could probably write a (short) book on how to write a column, I must admit that I don’t know much about how to effectively market one. Writing this column is expensive. Besides the equipment and office space, there is travel, accommodations, miscellaneous expenses and my time to consider. In an effort to market this I’ve spoken with and written to people who work for publications in other markets, and I’ve sent out numerous samples of my work, but my rather limited efforts have not produced any sales so far. I could really use an agent.

I’d also like to resume writing for television. I have some ideas for reality television shows.

Speaking of reality television, partly for the possible publicity value I applied to be the first journalist contestant on Survivor – one of my favorite television shows (another is the Star Trek franchise). In my Survivor audition tape, while I was talking about why I should be on the show I was also (surprise!) driving, behind the wheel of my Miata. My son, riding shotgun, did the camera work and then I edited the video on the same home computer that I use to write AutoMatters. It has been several months since I submitted the application but I have not heard back from them.

Whatever happens, I do hope that AutoMatters & More will continue to appear in the Del Mar Times for a long time to come. I’m grateful for their efforts, support and encouragement.

I hope you’ve found my hundredth column interesting. Thank you very much for making it possible. Occasionally I hear from you in person or via email. Please keep those comments and messages coming. Your encouragement is the most gratifying of all. I enjoy and look forward to our weekly get-togethers.