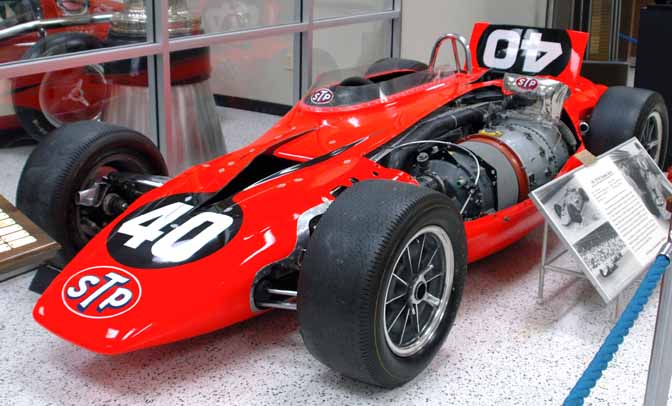 Quite a while ago I ran into Dusty Brandel at a monthly meeting of the Motor Press Guild in Los Angeles. She is the hard working, long time President of the American Auto Racing Writers & Broadcasters Association (AARWBA, pronounced “Aruba”) – the other Press organization that I belong to.

Dusty asked me if I would be going to the annual meeting of AARWBA this year. Even though I had done so for the past couple of years, I told her that with the move from the NHRA Museum (and a nearby hotel ballroom) in Pomona, California, to Indianapolis, I really couldn’t justify the added expenses involved.

A few weeks later I got mail from AARWBA. It was a letter notifying me that I had won two first place awards for my photography in our annual journalism contest, which was sponsored by the Indianapolis Motor Speedway. Frankly I was shocked to learn that I had won anything, let alone two first place awards. They came with a check totaling $600 – but get this. Also included was a note from Dusty telling me that since I had won this prize, surely I could now afford to go to our banquet in Indianapolis. It was suddenly apparent that she had known about my awards way back at our MPG meeting but had kept quiet. She would be great at poker.

I decided then and there to take the trip. The fact that a long-time friend and autocrossing buddy lives in Indianapolis helped me make the decision.

Fast forward to this weekend. Wearing a down ski jacket, and with a hooded sweatshirt and fleece sleeveless vest from Alaska packed in my luggage, I left sunny, warm San Diego and headed towards Indianapolis, via Chicago.

My friend met me at the airport in Indianapolis and over the next day or so we saw the sights. I was glad I had brought a good camera.

Indianapolis is a city rich in history and historical buildings, including a large, central park with several memorials to those who served in America’s wars.

I noticed that the price of regular unleaded had dropped back below $2.00 per gallon. However, that would not be enough to make me want to move here from San Diego. The cold was so bitter that it made my ears hurt. It reminded me of my early years growing up in Calgary, Lethbridge and Edmonton in Alberta, Canada.

At one point we stopped so that I could taste my first-ever (and second – they’re small) White Castle hamburger. I’d heard people rave about them for years. The verdict? Not bad. They’re sort of like mini-Wendy’s burgers.

One of the perks of our banquet this year was an invitation to visit the Indianapolis Motor Speedway. Its museum is a wonderful place, filled with cars that made racing history. There were other displays too, including one that showed the progression of helmets over the years. What began as little more than headgear fashioned from form-fitting fabric and goggles evolved into today’s high-tech, high style, safety devices.

We also got to take a lap around the Speedway in a guided tour bus. Considering how quickly the racecars go around the track, it is really eye opening to see how much longer it takes to go around at a sane speed in a tour bus. I took lots of pictures but as we crossed the “yard of bricks” at the start finish line disaster struck. My digital Nikon’s shutter locked up and I couldn’t get it to work. Worse yet, the thirty or forty pictures already on the memory card were suddenly inaccessible. Instead, the monitor displayed a “Folder Empty” notice.

Upon returning to the museum, I spent many tense minutes trying to get my camera working again, as I had not thought it necessary to bring a backup with me. I tried everything I could think of, including changing the camera battery and memory card, adjusting settings and so forth to clear the “Error” message from the status window and get the camera to work again. Finally, and luckily, I pressed the shutter button and the mirror released. I formatted a new memory card and I was back in business.

Of course, no trip to the Speedway would be complete for a true racing fan without a visit to the gift shops. I was determined to look at everything, and hopeful that I would find just the right something to buy. I did, and left with a framed, numbered (from a series of 250) and autographed photo of A.J. Foyt seated in one of his four Indy 500-winning racecars. There was also an actual piece of brick in the matted artwork. That brick was taken from the Speedway.

All that remained was to return to my hotel and put on my suit for the AARWBA banquet. Despite being so far from home I recognized quite a few people there, including Master of Ceremonies Bob Jenkins (who I’d watched for many years on ESPN as he co-hosted SpeedWeek with Larry Nuber) and Mike Helton of NASCAR.

Soon I saw Dusty again. Despite her busy agenda, she made time to come over to say hi and welcome me to Indianapolis. That was nice of her to do. There was something I just had to find out. I recalled our conversation at the MPG meeting in Los Angeles, and sought confirmation from her that she had known all along that I had won the $600 but couldn’t tell me, instead waiting until the check was mailed to let me know and urge me to attend the banquet. Well guess what? She said that she had not known then! We both had a good laugh as I told her that I had assumed all along that she had known and had an excellent poker face.

The food was great and we were treated to many interesting recollections and photos from AARWBA’s first 50 years of history. Corporate sponsors were recognized and thanked for their contributions. Awards were given out, including several to race drivers from various racing series, as voted on by our fellow journalists. The festivities ended with a balloon drop from above.

It is now Sunday and my trip is almost over. On the way to my friend’s house to visit, we got stuck in heavy downtown traffic. The congestion seemed odd for a Sunday, but I soon learned the reason. An Indianapolis Colts game was about to begin. Although I don’t follow football, I learned that they are undefeated and have been dominating their games.

Now, as I write this, I am about to leave for the airport and head back to the warmth of San Diego. As much fun as it is to go away, it is great to go back to the comfort and familiarity of home.