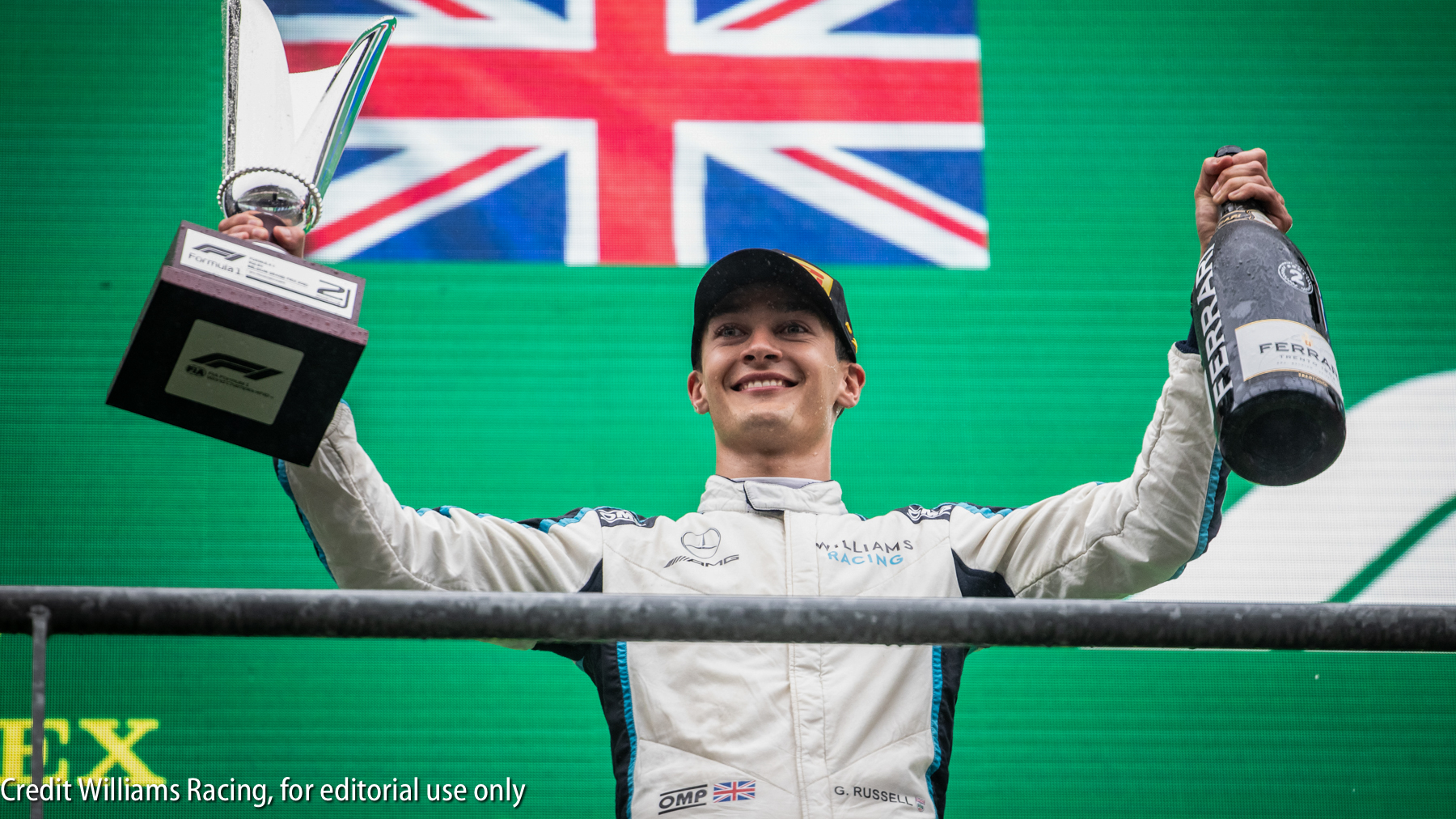 After months of speculation and anticipation, finally it is official. In a statement issued on Sept. 7, 2021, Mercedes-AMG Petronas Formula One Team confirmed their driver lineup for the 2022 season. George Russell will be paired with Lewis Hamilton, replacing Valtteri Bottas.

Russell earned this, having continually exhibited incredible skill, bravery and motivation to excel at the wheel of a Formula One race car. Furthermore, he displays a maturity that is well beyond his 23 years of age.

At long last, all of the pieces have finally fallen into place. First, after his long, record-setting career as a Formula One driver, Kimi Räikkönen announced his retirement from the driver’s seat, effective at the end of this, the 2021 Formula One season. That freed up one of the two seats at Alfa Romeo.

Valtteri Bottas will be leaving the Mercedes-AMG Petronas F1 Team at the end of the 2021 season, to fill the seat vacated by Kimi Räikkönen at Alfa Romeo.

For months I’ve been reporting on George Russell’s incredible — almost unbelievable — driving at the wheel of the steadily improving Williams F1 car. For Russell, this culminated in his being awarded the second-place trophy at the 2021 Belgian Grand Prix, by virtue of his absolutely spectacular, unexpected qualifying drive that would grid him in second place beside Max Verstappen for Sunday’s Grand Prix. George actually had qualified in P1 until Max ultimately squeaked by at the very end of the qualifying session to capture the coveted Pole Position.

Ultimately, on Sunday race day in Belgium, the race only ran two official laps under the control of the pace car, due to torrential rain that caused the cars to aquaplane and made it far too dangerous for other than the lead drivers to see — especially on the long, fast straights.

The race was red-flagged before any competitive laps could be run, and half-points were awarded in the order that the top three drivers had qualified the day before. Thus Max Verstappen won, George Russell took an especially triumphant second place, and his future Mercedes teammate Lewis Hamilton completed the podium in third.

George Russell has already had a stellar career as a racing driver. From 2008-2012, he was a multiple title winner in karting. In 2014 he captured first overall in the BRDC Formula 4 Championship, with six wins and 13 podiums. His next first overall finish was in 2017, his rookie year in GP3 — Formula One’s support series — and he was signed to the Mercedes-AMG Petronas Motorsport Junior Program. In 2018 Russell captured the FIA Formula 2 Championship, and took the role of Reserve Driver for Mercedes-AMG Petronas. His F1 career as a full-time, official race driver began at Williams Racing in 2019.

George might be well advised to take a lesson from the departing Bottas who, it could be argued, dutifully supported Hamilton and the Mercedes F1 team at his own expense of perhaps scoring higher at some races, sacrificing his own ultimate performance as a driver. He clearly played the role of the second driver on the team, and that may have not only affected his perception by others, but also of himself. Perhaps Valtteri realized that, when near the end of the Dutch Grand Prix, he ignored Mercedes’ team orders and overtook teammate Hamilton for fastest lap of the race, forcing Hamilton to pit for soft tires to earn back the extra point for that accomplishment.

In his time at Mercedes, Bottas scored nine race wins, 54 podiums and 17 pole positions. Consider his statement in the Mercedes press release, in which he said: “When I look back on my time with Mercedes, I want to be able to say that I squeezed every drop out of this opportunity and left nothing on the table.” If he is indeed quicker than Hamilton in any of the remaining races of the 2021 season, it will be interesting to see how much Bottas supports and defers to Hamilton, versus going for it himself.

George Russell has proven that he can extract miraculous performances from the Williams. The Formula One community is looking forward to seeing what he will do at Mercedes.

Posted in 2021, Formula One, Motorsports