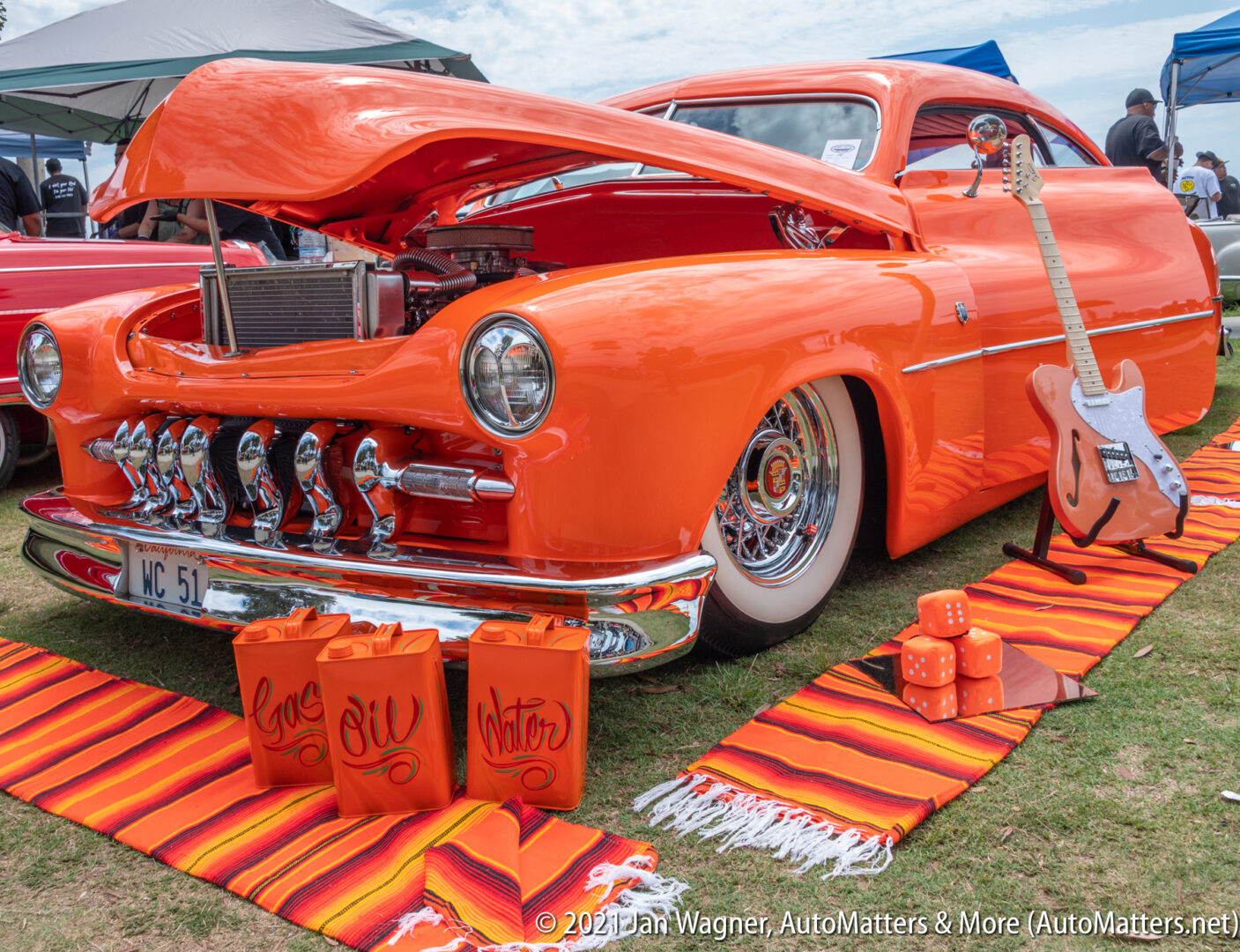 Featuring lots and lots of lowriders!

The “Day At The Bay” car and bike show is one of the many free-for-spectators car shows that take place throughout the year in San Diego. Its picturesque waterfront location — right next to San Diego Bay on a rolling expanse of grass in Embarcadero Marina Park North — offers stunning views.

Look out over the water and you’ll see everything from sailboats, jet skis and yachts, to fighting ships from the U.S. Navy.

Turn around and you’ll see the magnificent downtown San Diego skyline, including the Sails Pavilion of the San Diego Convention Center…

This weekend (Sept. 18-19, 2021), there will be Saturday and Sunday screenings of “STAR WARS: Return of the Jedi — In Concert” in the Rady Shell, as the San Diego Symphony performs John Williams’ legendary music score live, as the film plays. For more information about this wonderful new venue, visit www.theshell.org.

According to the “Day At The Bay” organizers, there were over 800 cars, trucks and motorcycles in the show, which is particularly well known in the car club circuit. Participants travelled to San Diego for this from all over the United States. Many drove, but some flew here from places near and far — including Florida and the Midwest. Over 70 car clubs were represented.

Even though “Day At The Bay” was not billed as a lowrider show, the vast majority of the vehicles were, in fact, lowriders. Lowriders are amazing, unique, rolling works of art, as individual as are their owners. Untold hours are painstakingly spent on these creations.

Lowriders are best known for their distinctive lowered stance, and their jaw-dropping, airbrushed paint jobs. Their chromed parts are often extensively decorated with fine engraving. Interior hard surfaces are often painted in bright, bold colors, continuing the exterior color scheme. Fabrics used sometimes include brightly-colored crushed velvet, and even wooden furniture accents like you might find in a home.

The ride height of lowriders is adjusted using hydraulic or airbag systems, which are used to selectively raise and lower individual corners, sides, ends or the entire vehicle. This is done not only while they are at rest, but also while they are being driven. According to Wikipedia, hydraulic lifts were first added to lowriders in 1959 by a customizer named Ron Aguirre, so that lowrider cars could quickly be raised up to the legal ride height required by the California Vehicle Code for a vehicle to be driven on public roads.

The motto of lowriders is “low and slow,” which refers to the speed at which they cruise. The airbrushed murals that you see on some of the cars is reflective of Mexican-American culture.

One model of car, perhaps more than any other, has been associated with lowriders. The 1958 Chevy Impala was well-suited to being lowered and modified with hydraulics, due to its frame rails that were positioned in the shape of an “X.”

In the 1990s, lowriders were adopted by hip hop culture, and can be seen in music videos. Over the years, the popularity of lowriders has extended well beyond Los Angeles, reaching across the United States and around the world.

There are many lowriders clubs. Their members enjoy a strong sense of community. It is estimated that there are 200 lowrider car clubs in Japan alone.

Other than for very brief demonstrations, I have yet to see lowriders’ hydraulic and airbag systems in action. YouTube videos show lowriders in very aggressive jumping competitions, where the cars literally bounce and shake until car parts loosen and fall off. Someday, hopefully, I will learn of the whereabouts of one of these shows and then take photos of the action to show you.

Other lowriders are driven “low and slow” as they move up, down and around, to protect their owners’ substantial investments of time and money in their appearance.