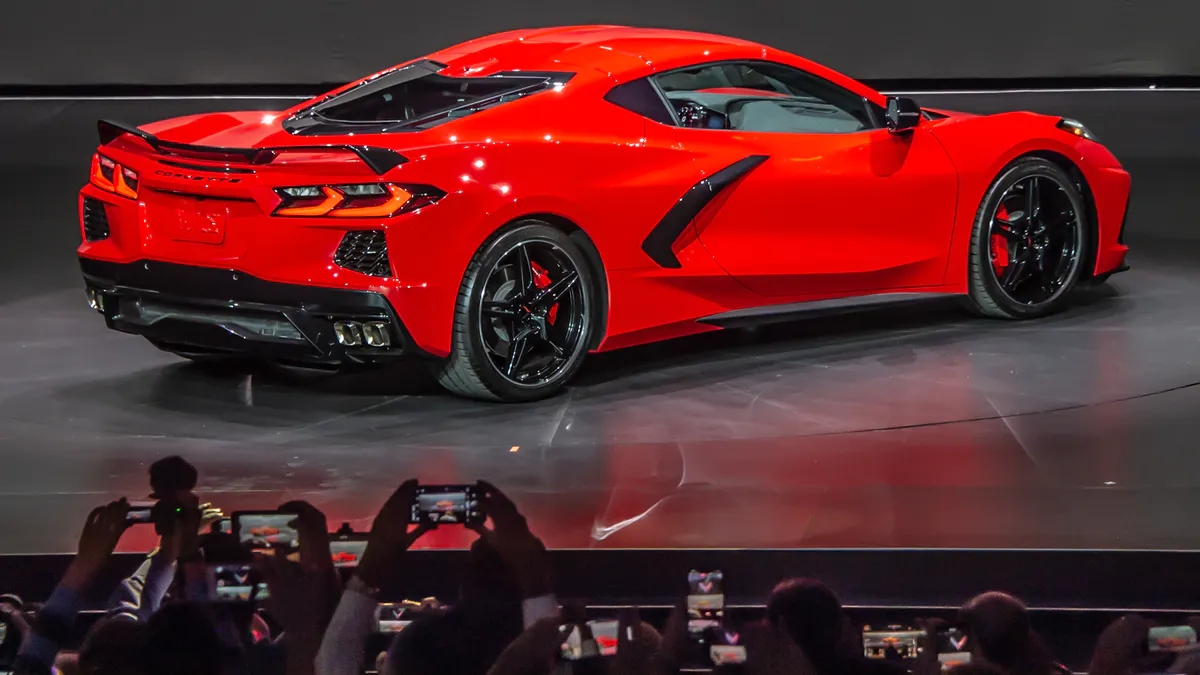 
Hyperbole typically surrounds the introduction of a new car, but rarely does the car actually live up to that hype. The 2020 Corvette does. It is truly a groundbreaking automobile. This is a car that the Corvette faithful have begged GM to make for decades. To celebrate its introduction, Chevrolet planned a spectacular, worldwide, livestreamed reveal for the car in Southern California – and I was invited to cover it for you!


This would be an especially important, once-in-a-lifetime event to cover, but for me it posed a major dilemma. There are very few events each year that I really, really look forward to covering and sharing with you. I calendar those events early – months, if not over a year in advance – to make sure that I do not schedule anything that would conflict with them. Almost nothing could be important enough to make me change those plans.

One of those must-see-and-do events each year is San Diego Comic-Con. This year was Comic-Con’s 50th birthday, so that made it even more special than usual.


Even though Comic-Con runs from Wednesday evening through Sunday, typically Comic-Con’s premiere exhibits and panels only take place from Thursday through Saturday, so those are always must-see days. Imagine my reaction when Murphy’s Law reared its ugly head.

The day that Chevrolet chose for the global reveal of the first-ever mid-engine Corvette – July 18, 2019 – was the Thursday of Comic-Con! No!!!

Chevrolet announced that they would be livestreaming the reveal to the world, and I shared that information and their link with you. I briefly contemplated remaining in San Diego, going online and watching the global reveal of the new Corvette with you, but I was certain that there would be much more to see. I realized that I needed to be at the reveal in Tustin, to take lots of photos to share with you. To do that, I would have to miss some of my most important time at Comic-Con.

I left San Diego early on Thursday afternoon and battled Southern California’s horrendous, often times barely moving, heavy weekday afternoon traffic to drive to Tustin. I arrived with about half an hour to spare.

The reveal had an aeronautical theme, reflecting Corvette’s aeronautical roots. The venue was a massive, World War II-era airship hangar. Outside was a large Corvette Corral, food and Corvette-related exhibits (motorsports with Ron Fellows, custom-fitted luggage and more).


At 7:00 p.m. the huge hangar doors slid open. We were invited to make our way into the venue, which was divided into two large areas. Bleachers and a large stage were set up beyond the divider.


The world reveal began at 8:00pm. We learned about the history of the Corvette and its aeronautical roots, and we celebrated the milestone anniversary of the first moon landing, but what we had all been waiting for came next, when we saw and learned about the mid-engine Corvette.

Afterwards we were all invited up on stage to check out three new Corvettes (red, white and blue).

After that, we made our way back to the front half of the hanger, where exhibits were set up that revealed some of the componentry of the new Corvette. It was there that I actually sat in one. I took lots of photos, a selection of which you can see here.


I remained at the event until very late, taking photos of the Corvette cutaways and various assemblies and components.


Staff working the event finally (but politely) had to kick me out, because I was not ready to leave. My car was one of the last ones left on the grass field where parking had been. Workers were shutting down the generators that had powered the lights.


By the time that I got back to my home in San Diego, it was well after midnight. I was hungry and exhausted. I had no choice but to sleep in late on Friday morning. In so doing, I missed even more of Comic-Con. Such is the importance of the 2020 Corvette.

The new Corvette is a true, world class supercar. It is beautiful and very well equipped. It even has room for two golf bags! Yet incredibly, its price will start at only $60,000! To learn about the 2020, eighth generation, mid-engine Corvette, I encourage you to visit media.chevrolet.com/nextgenCorvette.