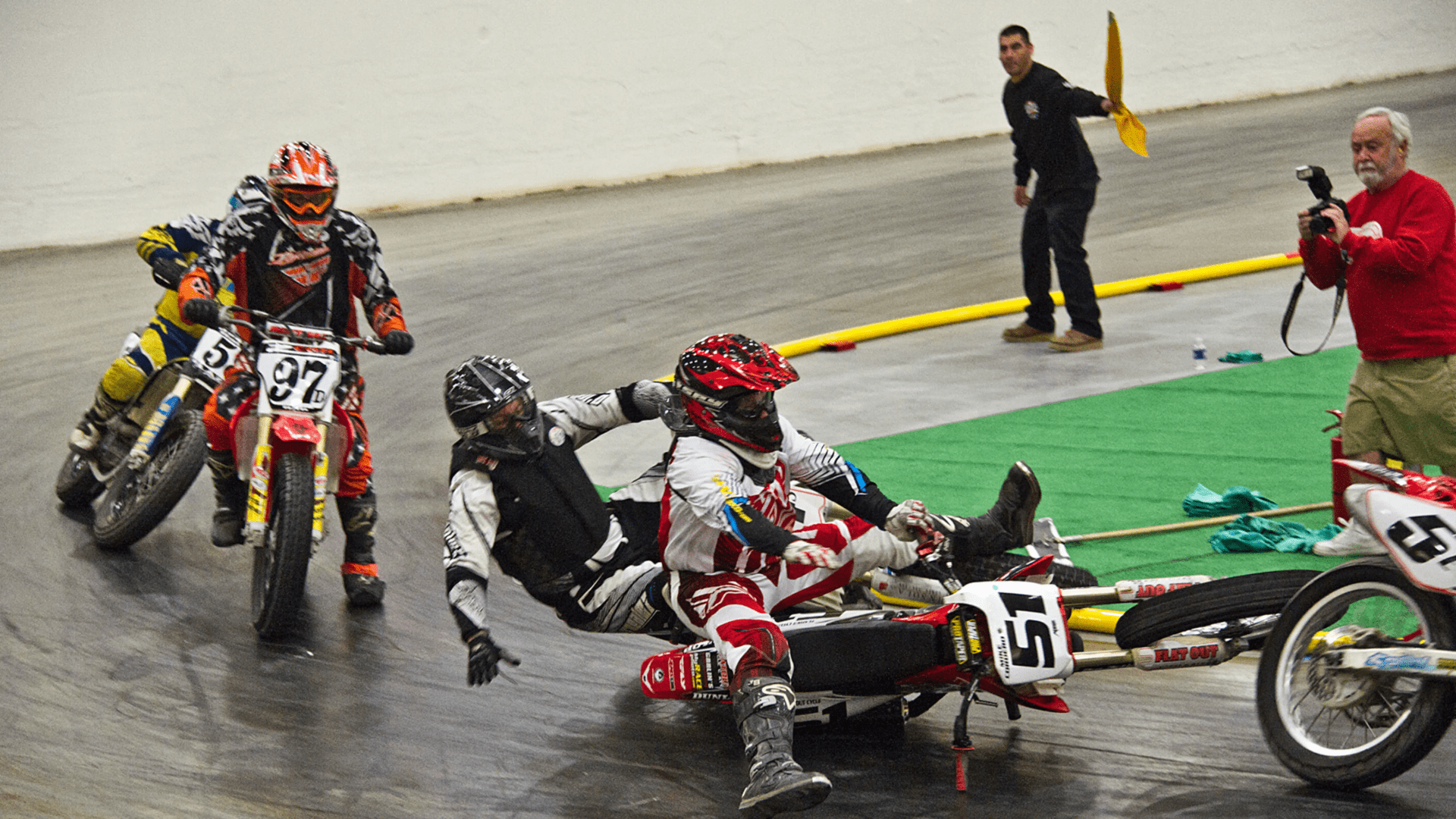 Old-timers in San Diego County might remember the “Slick Track” at Marshal Scotty’s Playland in El Cajon, back around the mid- to late 80s. My autocross club at the time (the San Diego Asebring Drivers) used to meet up there when we needed to blow off some steam. It was great fun and it offered reasonably safe, wheel-to-wheel competition without any risk to our autocross cars.

The track was a really short, concrete oval. On it we raced go-karts, but what made it really fun and oh so spectacular was the “Slick Track” part. It was almost like driving on glare ice. I think they actually might have put sawdust down on the track, just like for the old shuffleboard games.

So there we were, racing each other and driving for all we were worth, using every bit of our autocross skills, in what must have seemed like ultra-slow motion to the spectators. The most effective way that I found to turn in the corners was to slide into, and bounce off of, my competitors. It was an absolute blast!

So why, you may ask, am I telling you all this in a column that is supposed to be about motorcycle racing? Simple. The motorcycles that I watched race also raced on concrete, albeit with a couple of very significant differences that really upped the excitement factor for the spectators and, no doubt, the ‘pucker factor’ for the competitors.

The event that I had the distinct pleasure of watching, and photographing, was the 2013 season opener of Gene Romero’s West Coast Flat Track Series. It was indoors, in Michael Gaughan’s South Point Arena in Las Vegas – a venue normally covered in dirt and used for rodeos. The motorcycles raced on the concrete, but to speed up the on-track action, the concrete was soaked in sticky, gooey Pepsi cola to increase the traction.

I found out about these races by accident. I was staying at the South Point Hotel & Casino while covering CES (the Consumer Electronics Show) in Las Vegas. I like staying there because it is relatively car-close to the Strip, yet much less expensive than hotels on the Strip during major conventions. While checking in I noticed billboards advertising the weekend’s motorcycle races. Luckily I had no conflicting events that Friday evening so I decided to go to the races.

After my last day ended at CES, I headed straight back to the South Point. The racing was about to start so I quickly surveyed the arena for what would hopefully be a good place to take pictures. As it turned out, there really wasn’t a bad seat in the house. Action happened all over the track.

As Gene Romero explained, “flat track motorcycle racing is a uniquely American sport.” It is “steeped in tradition, and the title of Grand National Champion is still one of the most revered in motorcycle racing.” In heat after heat of racing throughout the evening, motorcycles of various classes charged off the line and bunched up almost immediately for the turns.

Frequent restarts were necessary, as the riders repeatedly slid into each other and then down, in spectacular style. Luckily the speeds were slow enough that no one seemed to get seriously hurt. The riders got up, brushed themselves off, acknowledged the applause from the fans, restarted their motorcycles and went right back to racing.

That’s the way it went all evening. The fans – and I, loved it. The hours flew by like minutes and before I knew it, it was all over.

Based on what I witnessed that evening, it is no wonder it is so popular. Check it out for yourself at www.wcfts.com.