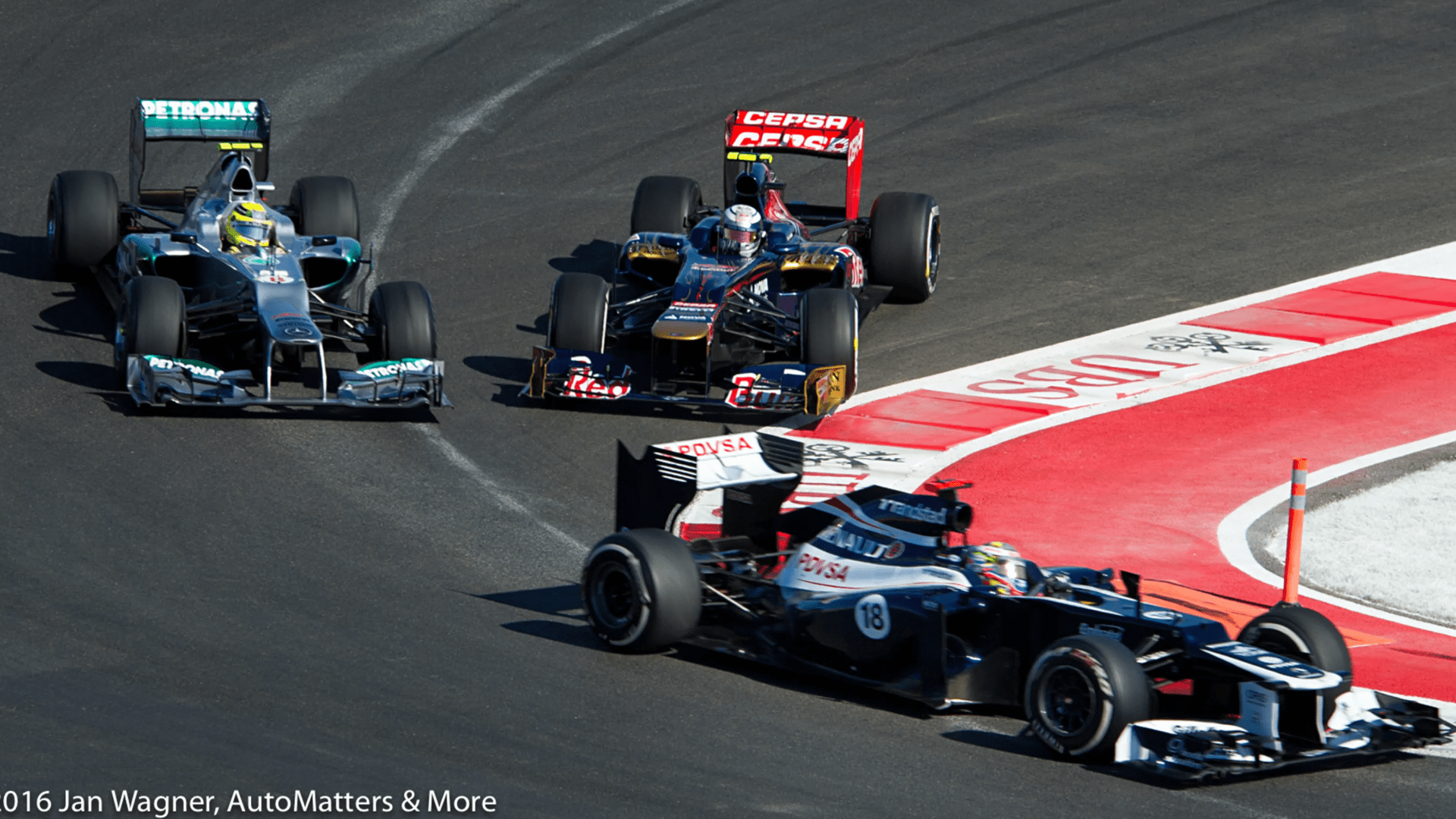 FORMULA 1 RETURNS TO THE UNITED STATES

2012 Innaugural USGP at CIRCUIT OF THE AMERICAS

Many drivers perished because early F1 cars were dangerous, prone to explode in flames when involved in accidents. Jackie Stewart, among others, has worked for many years to make F1 safer. Thanks to increasingly rigorous safety improvements, as chronicled in the F1 documentary entitled “1,” Ayrton Senna’s tragic death in the 90s was the most recent F1 fatality as of 2012.

These days, Formula One racing is glamorous, ultra-high tech and stupendously expensive. It has a long, rich history in the United States, which began in the 1950s when F1 cars raced in the Indy 500. Over the years, F1 races were held at Sebring (Florida), Riverside (California), Watkins Glen (New York), Long Beach (California), Las Vegas, Detroit, Dallas and Phoenix, ending back where it began at the Indianapolis Motor Speedway in 2007.

In November 2012, after an absence of several frustratingly long years for the fans, drivers and sponsors alike, Formula One returned once again to the United States. This time the venue was the brand new, state-of-the-art, world class, Circuit of the Americas (COTA). F1 fans from across the country (myself included) and around the world converged on Austin, Texas. After recording impressive attendance numbers for practice and qualifying, the venue was filled to capacity for the F1 race on Sunday. Not even general admission tickets were available. The weather was picture perfect.

The Circuit of the Americas road course is nearly 3 ½ miles in length with long straights, high-speed sweepers, hairpin turns and a lower-speed stadium section where fans can get a long, close look as the F1 cars race each other back and forth. According to the drivers, this circuit is among the very best in the world.

The stadium section is where I stood for the entire weekend’s racing, at the very top of a grandstand. The vantage point was the best I’ve ever had for a major race, and the close racing was absolutely spectacular. I literally took several thousand pictures.

Turn one is the track’s signature turn, and it comes at the end of a very long, steep, uphill straight. That hill quickly became known, at least on SPEED TV, as “Phil Hill” — named for the only US-born F1 World Drivers’ champion, in 1961, and also for the large volume of fill dirt that was removed from the rest of the track during construction and used to add to the steepness of the hill. I had the pleasure of interviewing Phil Hill several years ago (see AutoMatters & More #147).

The track is well worth taking the very long walk around but, as I learned the hard and painful way, comfortable walking shoes are an absolute must. I was pleasantly surprised to see that there are many great vantage points from which to watch the race, for those fans with a general admission ticket. That might even be preferable to staying in one place the whole time.

The track includes a large amphitheater, which was the site of an energetic concert by Clay Walker after the F1 race on Sunday.
Rising high above the track is a tall, distinctive tower. The view from its observation deck is breathtaking, and you can get there by an elevator.
Concern for the environment is a high priority at the Circuit of the Americas, where Edgar Farrera serves as the Director of Sustainability. On a tour he showed me two “critical environmental features,” each with a water feature and some endangered native grasslands called Blackland Prairie. For their protection the areas are fenced off, and they are being restored. There are also numerous recycling bins around the track.

In a brilliant display of his driving skill, Lewis Hamilton maneuvered his McLaren Mercedes past the Red Bull of Sebastian Vettel to win a very close F1 race. Ferrari driver Fernando Alonso joined them on the podium.
In addition to F1, the weekend’s racing included Ferrari Challenge, Pirelli (Porsche) GT3 Cup Trophy USA West and Historic GP, where I finally got my first look at a six-wheeled Tyrrell F1 car at speed on a racetrack.

The plans for 2013 were for the circuit to host MotoGP, V8 Supercars, FIA World Endurance Championship (six-hour race), American Le Mans Series and, of course, Formula One, as well as be a venue for world-class concerts – something which Austin is famous for.

In addition to the activities at the track, there was much more to see and do. On Thursday, before everything got going, I did some sightseeing in Austin. I began with a guided tour of the Texas Capitol building, which has an enormous dome. Completed in 1888, it is more than 14 feet taller than the Capitol dome in Washington, DC.

Earlier I mentioned the upcoming F1 documentary called “1.” As I was sightseeing downtown one evening, I came upon a movie theater with a large crowd gathered out front. By pure good fortune, it was for the premiere of “1,” complete with a red carpet to photograph some of the biggest names in Formula 1. I got shots of Bernie Eccelstone, as well as members of race teams, past and present. Then, incredibly, I actually got to go into the theater and watch the movie premiere with them, after it was introduced onstage by Jackie Stewart, Emerson Fittipaldi and others.

There was a huge, three-day and evening block party in downtown Austin. Eleven city blocks were closed off to traffic, in order to make room for nine live music stages, interactive racing exhibits, art, food and more.
Gas prices started at just over $3/gallon, and unlimited bus rides were only $2/day!
The hospitality shown by the people of Austin was warm and genuine, and the events are going to get even better, as more of the infrastructure gets built at the circuit. Check out their website (www.CircuitOfTheAmericas.com) and make plans to visit the Circuit of the Americas.