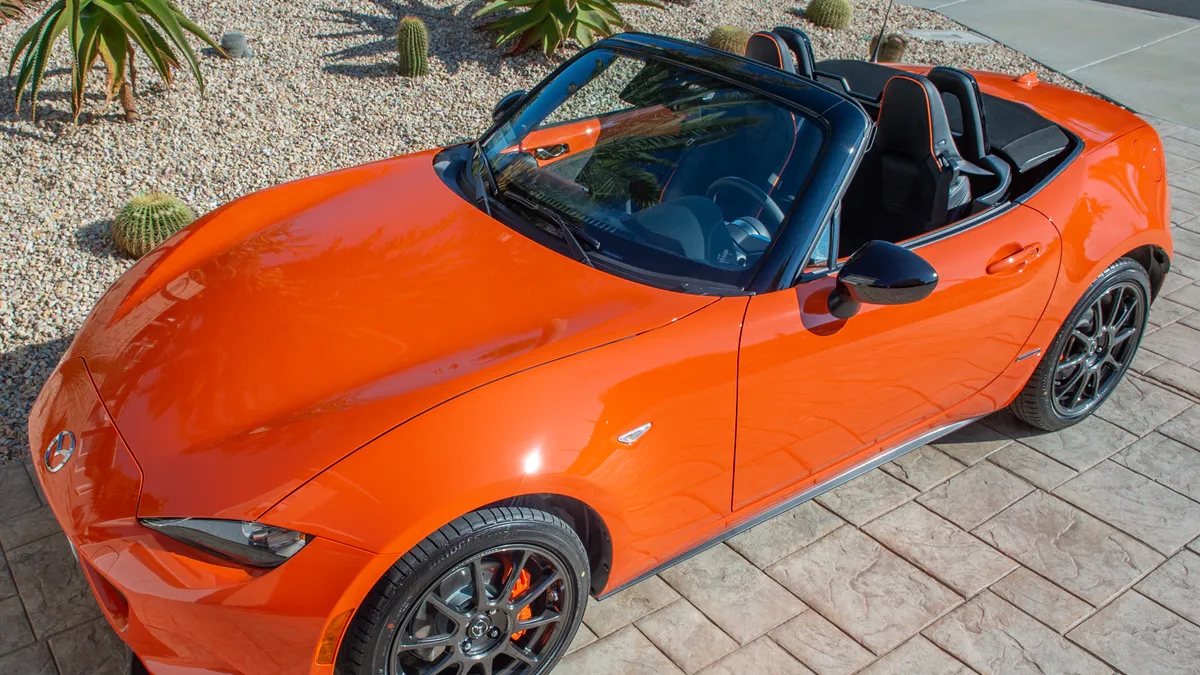 T​he long waits are over

AT LONG LAST, A MID-ENGINE CORVETTE!

By now you probably know that there is huge automotive news on the horizon. This is such a big deal that next week I will be doing something I previously thought unimaginable. I will be skipping most of the first full day of San Diego Comic-Con – my favorite event of the year – so that I can drive to Anaheim for the global reveal of the all-new, first-ever, mid-engine C8 Corvette!

You’re invited too! At 7:30 p.m. PDT (Pacific Time), Wednesday, July 18, 2019, follow this special link to where you will be able to watch the livestream from Tustin, California: media.chevrolet.com/nextgenCorvette.

We’ve been impatiently waiting for this car since its introduction at the Chicago Auto Show way back in February. First they teased us with prototypes. Then we were told that the cars were being built, followed by being put on ships for delivery to ports around the world.

About a month ago one of our eagle-eyed San Diego Miata Club members spotted some of the 30AEs parked at the Port of San Diego (it was impossible to miss that sea of bright orange). Surely that meant that their delivery was imminent, but that was not to be.

We had to endure an agonizing month-long wait until the cars finally started shipping to dealers.

My 30AE arrived at my designated Mazda dealership on July 5th – not in time for driving it in the Fourth of July Parade, but just in time to join the San Diego Miata Club for our monthly fast food night, followed by “Cruisin’ Grand” along with a bunch of other very cool cars and trucks on the spectator-lined main street of Escondido, California.

Since that first day, my car has been sitting in my garage – safe from road debris while I debate whether or not to have PPF (Paint Protection Film), a ceramic paint coating, or both applied. I have heard from other club members that for whatever reason, the paint on the latest generation of Miatas (ND) is extremely prone to chipping from rocks and road debris. I have never had anything applied to protect my paint before – other than wax, of course.

If any of you would like to share your thoughts about doing this, your comments would be helpful.

For some reason I have always been partial to turtles. When I was a child I had turtles as pets.

That is why, when I was invited to cover the San Diego premiere of the documentary film entitled “Turtle Odyssey” in the Heikoff Giant Dome Theater at the Fleet Science Center, in Balboa Park, I did so.

This is a film for turtle lovers and conservationists alike. It is very entertaining and the photography is incredible.

“Turtle Odyssey,” narrated by Academy Award-winner Russell Crowe, tells the story of the amazing green sea turtles, from birth and their harrowing dash to the ocean while hungry birds fly overhead, to maturity and their incredible, hundreds-of-miles-long migrations across the open ocean. It amazes me that these ancient creatures instinctively know where to go. They have survived mass extinctions, but they are threatened by man. Maybe we are not as clever as we think we are…

I asked Jon Shaw, Director of Photography for “Turtle Odyssey,” how he managed to film the one particular hatchling as it emerged from its shell in its nest in the sand, and made a run for the ocean: “You basically have to watch for the nest to erupt – they hatch – and they all come charging down the beach, so I basically had to be ready with the camera, and then when they run down the beach I had like 20, 30 seconds to run with the camera to get into position – and the guys on the beach go: ‘Yeah, there’s one here, there’s one there, another over here.” Run down with the camera, jump in the water, and then you’ve got to get with them, pick one and hope it goes the right way.” It was frantic.

For more information, and to watch a trailer, go to: www.rhfleet.org/shows/turtle-odyssey. I’m sure that you’re going to love this film.