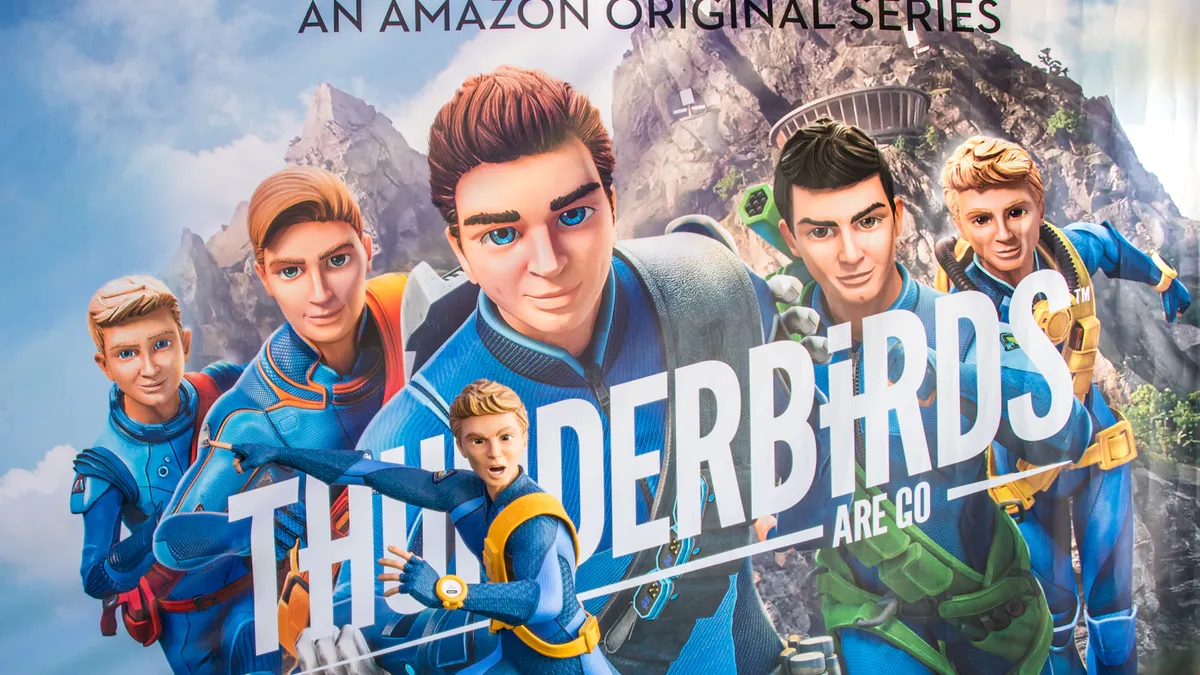 CALLING ON YOUR INNER CHILD: THUNDERBIRDS ARE GO

It is never too late to relive our childhood

At the age of 65, one would think that I would have long since grown up, but I am proud to say that I have not yet completely done so, and I hope that I never will.

My childhood fascination with playing with cars eventually grew to include driving and participating in motorsports (autocross). I also enjoy watching some of what I found entertaining in my youth, including James Bond movies.

The other day I finished binge watching four seasons of a very cool “kids” T.V. series on Amazon Prime Video. That series is called “THUNDERBIRDS ARE GO.” Have you ever heard of it?

“THUNDERBIRDS ARE GO” is a somewhat modern evolution of a succession of similar action-adventure, science fiction T.V. series that I watched when I was a little boy growing up in Canada. Those shows, filmed in “Supermarionation,” were the brainchildren of Gerry and Sylvia Anderson.

The stars were marionettes – with a difference. They seemed alive, in a way that little kids could especially appreciate and relate to. They took on a life of their own that, to this day, somehow still makes them seem alive to me. Their speech was lip-synched (sort of) and they had distinct, endearing personalities. The shows were set in futuristic cities, remote parts of the globe and even in outer space. There were plenty of explosions and evil-doers, yet as I recall no one (except perhaps Jeff Tracy) ever got killed.

With each new series the recurring characters, the settings, the vehicles (oh yes, there were fantastic vehicles!) and the shows got more and more lifelike. The Andersons even experimented with live action shows starring real human beings instead of marionettes, but those shows struggled to engage audiences.

Some of the Supermarionation series that I remember watching and enjoying were: “Supercar,” “Fireball XL5” (I still cannot get that show’s theme song out of my head, nor do I want to!), “Stingray,” “Thunderbirds” (the original version), “Captain Scarlet and the Mysterons” and “Joe 90” – all in the 1960s.

“THUNDERBIRDS ARE GO” is a throwback to those Supermarionation children’s shows of yesteryear, but with more advanced special effects and more modern story lines. It is a blend of CGI animation and live-action model sets. I love it, and you might too.

International Rescue operates from its hidden base on Tracy Island in the South Pacific. Their rockets launch from hidden launch sites. From their space station they keep watch over the entire world, monitoring and responding to global transmissions of distress calls.

The primary evil baddies who we love to despise are “The Hood” and” “The Mechanic.”

There are other recurring, supporting characters – many of whom who seem to get into far more than their fair share of trouble, but who International Rescue always manages to save at the last minute.

While I said no one in the show gets killed – not even the baddies – super-expensive stuff routinely gets destroyed spectacularly. The destruction includes airplanes and other assorted vehicles, buildings and more.

You can watch all four seasons of the family-friendly “THUNDERBIRDS ARE GO” series on Amazon Prime Video. Amazon customers who are not already Prime members can sign up for a free trial at www.amazon.com/primevideo. I did that to watch “The Grand Tour,” but I ended up paying to continue with Amazon Prime. Here is a link to the original trailer: www.youtube.com/watch?v=jU10Ddoi7jE&feature=youtu.be

I encourage you to visit the excellent “THUNDERBIRDS ARE GO” website at www.thunderbirds.com. There you will find information about the show, cool games, activities and downloadable stuff, including do-it-yourself Thunderbirds.

I will leave you with something that the narrator says before launches in each episode: “Five, Four, Three, Two, One! Thunderbirds Are Go!”