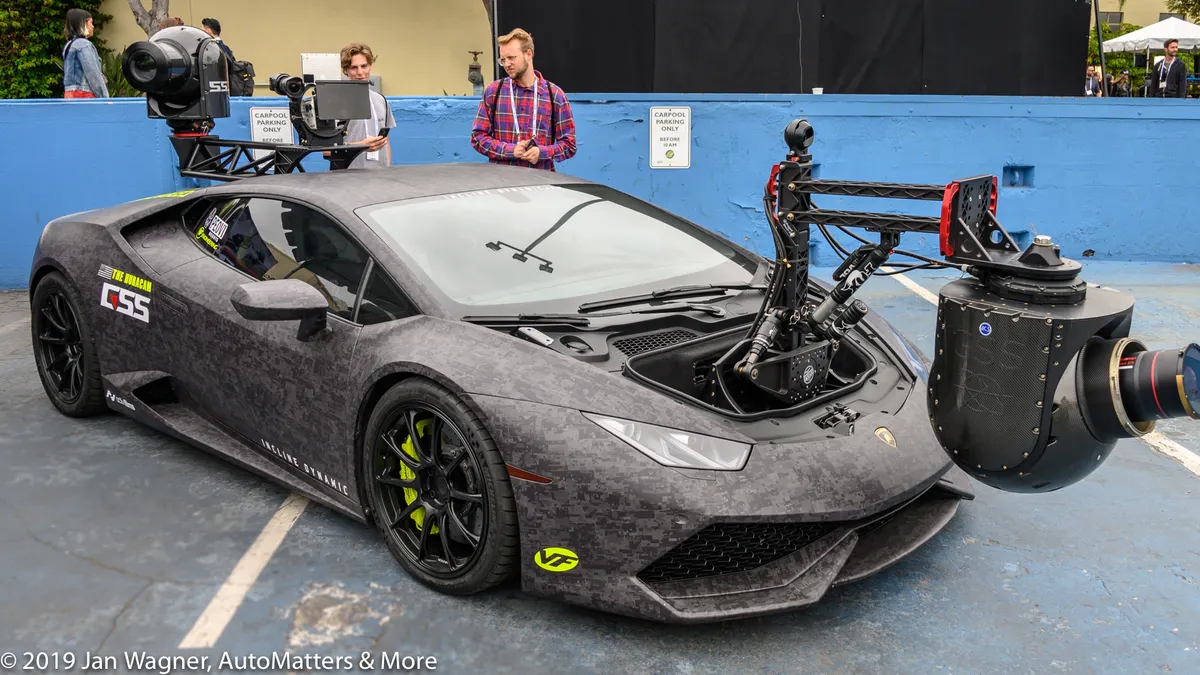 
Cine Gear Expo is a trade show where movie, television and video production industry artists and technicians gather to learn from each other and from industry experts, discuss the latest trends, get a close look at the latest technology, screen films and videos, and share news. It takes place in the sound stages and along the familiar streets of the iconic Paramount Pictures Studios in Hollywood, California.


This year’s four-day event was bookended with seminars, classes and screenings on Thursday, May 30th and Sunday, June 2nd, beginning with Film Competition Finalist Screenings of Student Shorts, Independent Shorts and Commercial/Music Video segments. Winners were announced and prizes awarded on May 31st during a VIP Awards Reception.

The large exhibition, along with more presentations and screenings, took place on Friday and Saturday. The exhibit space consisted of six areas, which included indoor locations in Paramount’s Stages 3, 5, 6 and 7. Outdoor exhibits took place in front of and sometimes within the facades along the New York streets, and in what they call the “B-tank” – a large, blue, paved area in front of a massive wall. Together they can be used to simulate on-the-water settings for movies and TV.


Local and international vendors and manufacturers shared their latest tools and products to enhance the creative works, and facilitate the challenging work of artists and technicians.

There were many drawings for valuable giveaways.

I discovered many products that can also be used for still photography, as well as video production. These included the compact, full spectrum, waterproof and very bright LitraPro Bi-Color LED light for professional photographers and videographers. Litra is a San Diego company (www.litra.com). Billed as “Studio Lighting in Your Pocket,” it features up to ten hours of battery life, and can be attached to a camera’s hot shoe or placed on lighting stands as needed. The system includes a variety of accessories including barn doors, a soft box, mounts and more. I asked them to send me a sample kit to review in a future column, and look forward to putting it to the test. They also offer the award winning LitraTorch 2.0, a smaller LED light.

In the title, I made a reference to “Top Gear.” Yes, as in “Top Gear” on the BBC. Every year at the popular RoboCup booth there are drawings every 20 minutes for a bright orange RoboCup – a rugged, dual caddy with removable end caps that is available in a variety of colors. Using powerful springs, it can be clipped securely onto a light stand to hold beverages, fishing poles or pretty much anything else that will fit inside. As luck would have it, since I will be taking delivery of an orange MX-5 Miata, I won an orange RoboCup.


To get attention, they cleverly staged a competition to see who could thread film into a Panavision movie camera the quickest. Their times were written down on a white board, specially made to look like the one from “Top Gear.” That was so cool. Check out RoboCup at www.TheRoboCup.com.


This year my most unexpected, yet very useful find was a hat. When I cover car races I wear a wide-brimmed, floppy sun hat, along with ear muffs for hearing protection, like shooters wear. I’ve had to wear them over my hat, but at Cine Gear Expo I discovered the KSH1 – Stingray Audio SunHat, from K-Tek in Vista, California (www.ktekpro.com). It has a flap on each side of its brim, under which an ear muff can be inserted. Now I will be able to keep the headband over my head, to keep the hat from blowing away, while positioning the ear muffs under the brim. Brilliant! I bought two.