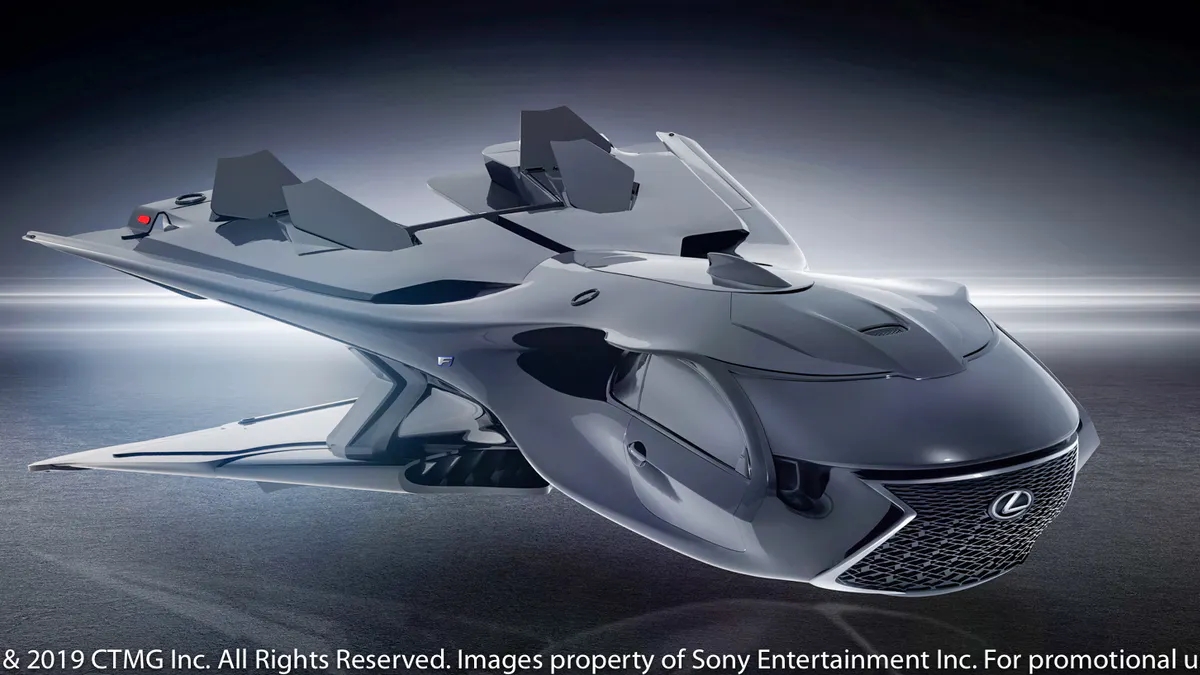 T​he car of the future, from Lexus

First, let’s talk about the movie: It’s awesome! A blast! Gotta love it! Executive Produced by Steven Spielberg, this is a worthy continuation of the “Men In Black” franchise, based on the Malibu Comic by Lowell Cunningham. If you liked the previous films, you’ll love this one.

In case you’re not familiar with the Men In Black, Columbia Pictures tells us the premise. Aliens live among us, and the Men In Black have always protected the Earth from the scum of the universe.

The Men In Black withhold that information from the public, to avoid panic. They do that by using a high tech, light-emitting device that painlessly wipes people’s memory and, at the same time, makes them receptive to suggestions.

In “MIB: International,” they tackle their biggest, most global threat to date: a mole in the Men in Black organization. Chris Hemsworth and Tess Thompson play the leading roles as Agents H and M. The use of the word International in the title reflects the fact that the franchise in no longer just set in New York City, but also around the world.


“MIB: International” is fun, clever and fast-paced, with great casting, just the right amount of humor (hint: what role did MIB’s Chris Hemsworth play in another popular film franchise, and what was his signature prop?), awesome visual effects and stunts, plenty of cool new aliens (my favorite is nicknamed Pawny, as in the lowly little chess piece)…


… evil baddies (watch out for those alien twins!), out of this world weaponry…

… and a hyper-speed train (for lack of a better description). “MIB: International” literally and figuratively flies by, leaving audiences eager for more (unfortunately there was no hint about a next installment after the closing credits, but surely there will be more).

Now for the world debut of that Lexus. From the Lexus Pressroom we learn that it is called the Lexus QZ 618 Galactic Enforcer jet – the first in the brand’s new jet-class fleet. Currently only available to MIB agents, it is powered by hybrid transformer technology. With the push of a button it morphs from a 2020 Lexus RC F sport coupe into the most powerful IFO (Identified Flying Object) ever engineered by Lexus.

Lexus goes on to tell us that in a top-secret exchange of knowledge with an alien partner, brokered by “the agency,” Lexus was able to secure Quasar Power Source Technology that uses the power of the nearest Active Galactic Nucleus to travel anywhere in the universe in seconds. Quasi-Stellar Objects are found in every galaxy that has a supermassive central black hole. Got that? Additional technical information is further presented in a June 11, 2019 Lexus Press Release.

According to Lisa Materazzo, vice president of Lexus marketing, “The Lexus jet reflects the future of the Lexus brand – the far, far distant future. With the most advanced alien-fighting technology, performance and sophisticated styling, it’s in a class of its own.”

Key jet features include an Inter-Galactic Positioning System, a version of Amazon’s Alexa that understands all seven trillion alien languages, gamma ray headlamps, infinite scaling technology, 122 MPG (Millenia Per Gallon), three driving modes (EcoDrive, SportDrive and QuantumDrive), 0-60 in 0.0000000000001 nanoseconds, light-speed-matching capability, intergalactically sourced and ethically spawned Adorian leather, Lexus’ latest transforming seats with 31-point harnesses to accommodate every body type in the universe, the LSS+ Lexus Safety System with available force field technology, and the Enforcer Package, with everything you need to protect the earth from the scum of the universe. The preferred color is UmbraBlack, of course.

To learn more and to see official trailers for “Men In Black: International,” visit MenInBlack.com. Then go see the Men In Black – strike that – the Men and Women In Black, at a theater near you.