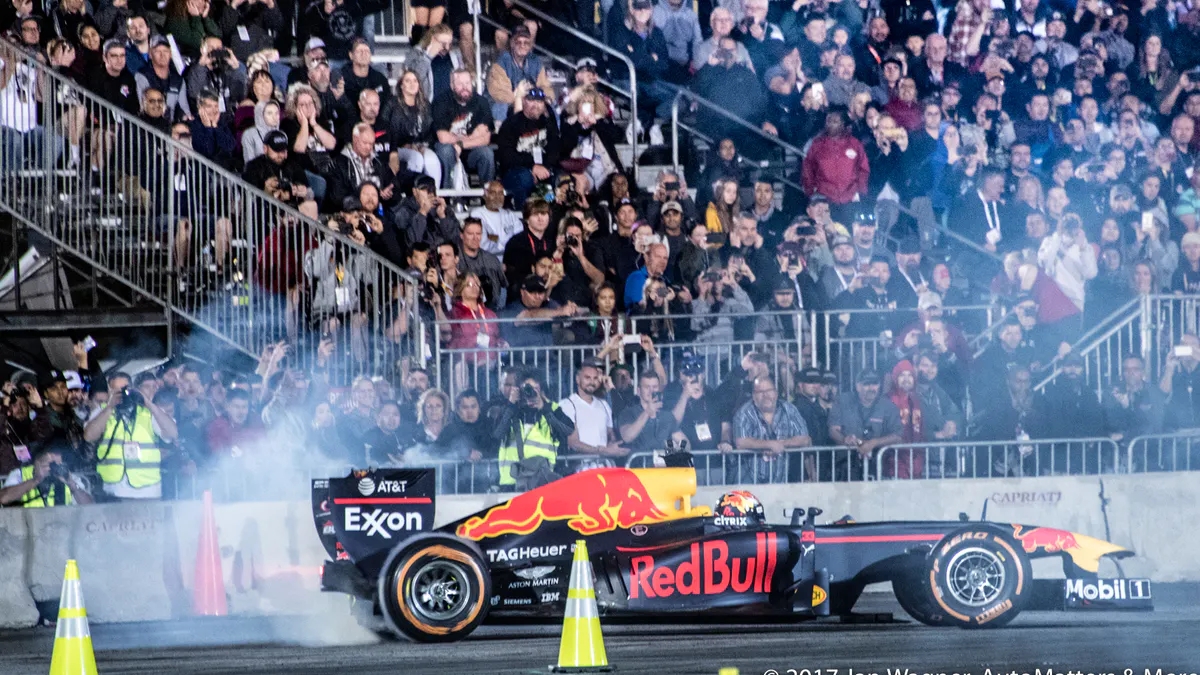 SERIOUS PROBLEMS FOR FORMULA 1 RACING, PLUS REVIEWING THE LITRAPRO LED LIGHT FOR PHOTOGRAPHY

Long revered as arguably the worldwide pinnacle of auto racing – if not all of motorsports, Formula 1 racing is now in serious trouble. For the most part, the racing for the win has become boring.

Spectators watch races expecting thrilling entertainment. Racing depends on those spectators and race sponsors to provide the income for this very expensive form of motorsports. If spectators do not watch the races – either in person or on a screen, the money will dry up and Formula 1 will likely fail.

One race team – Mercedes – has utterly dominated most of the races for more than just this season, leaving the other teams – the best of the rest – to pretty much compete amongst themselves for no better than third place.

The year’s first race – the Australian GP – was won by Valtteri Bottas, driving for Mercedes. Lewis Hamilton, his Mercedes teammate, came in second. One or the other of those two Mercedes drivers went on to place first or second in each of the next four races: the Bahrain GP, the Chinese Grand Prix, the Azerbaijan GP and the Spanish GP.

On Monaco’s ultra-tight street circuit, Lewis won for Mercedes again, but at last another team finished in second place: the Ferrari driven by Sebastian Vettel.

In Montreal, Vettel surprised the fans by taking the checkered flag first – but shortly thereafter he was demoted to second due to a very unpopular application of the rules, elevating Mercedes’ Lewis Hamilton to the top step of the podium.

Therein lies Formula 1’s other big problem: rules of competition that penalize drivers who occasionally get a bit too close to each other. That is what makes racing thrilling. Formula 1 needs to let racers race, not penalize them for it. That is what the fans come to see.2​012 at the United States Grand Prix, Circuit of the Americas

The most boring of this year’s races took place two weeks ago at the French Grand Prix. Once again none of the other teams were competitive with Mercedes.

Thankfully this weekend’s Austrian Grand Prix was an exception. Mercedes suffered engine overheating problems, leaving the other teams to battle for the first two positions – and battle they did, right up to the thrilling, wheel-banging pass for the win by Max Verstappen (Red Bull) over the Ferrari of Charles Leclerc, but the race win was under a cloud for hours, while the stewards determined whether Verstappen should be penalized for that wheel contact. It was similar to the situation where Vettel was demoted in Canada, except that this time the results stood.

The competition rules need to be relaxed somewhat to encourage closer competition, and if one team has a big advantage for too long, the racing for the win is likely to become boring.

Some may cringe at the suggestion that Formula 1 would be well served to look to NASCAR and IndyCar for how they can and should improve the show.

Since IndyCars are, by design, ultra-competitive with each other, any of their drivers might win any race. That is exciting for race fans and good for the sport.

As promised in my recent AutoMatters & More column about Cine Gear Expo at Paramount Studios, I am now able to review the LitraPro LED light that I saw there. They sent one to me, along with several accessories.

At the heart of the system is the major award-winning (CES and NAB) LitraPro LED light. Litra describes the LitraPro as “the world’s first full spectrum bi-color (3000-6000K) compact video and photo adventure light on the market.” It includes Bluetooth, adjustable color temperature and is fully dimmable. Furthermore, it is waterproof, compact and constructed of rugged yet lightweight aluminum.

Accessories including a set of colored filters, soft box, barn doors, an adjustable cold shoe ball mount and more make it fully suitable for not only uncompromising video needs, but also as a stand-mounted or even a hand-held light source.

It is powerful and bright (1200 Lumens), factory calibrated to =/- 100k accuracy and can be used in combination with additional lights, offering both corded and cordless operation (45 minutes to 10 hours of rechargeable battery life). I used it on and off my Nikon Z6 camera and found it incredibly versatile.

Posted in 2019, Formula One, Motorsport, Photography